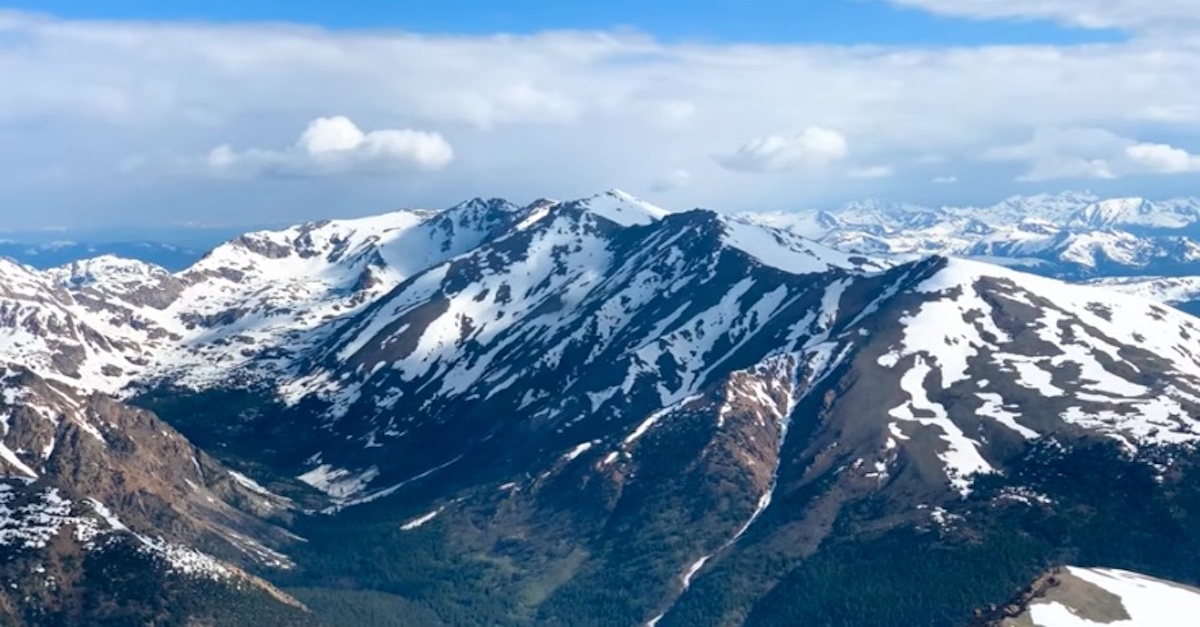 View from the summit of Mt. Elbert in Colorado (image courtesy YouTube/Mediocre Amateur)

A lost hiker in Colorado rejected multiple calls that turned out to be from rescuers — all because the hiker didn’t recognize the phone number of the incoming calls.

The hiker, who has not been publicly identified, was reported as “overdue” at around 8:00 p.m. on Oct. 18, according to a statement from Lake County Search and Rescue (LCSAR) in Colorado.

The hiker had set out for Mount Elbert, the state’s highest peak, at around 9:00 a.m., the statement said, and had not returned by that evening.

“Multiple attempts to contact the subject via their cell phone were unsuccessful,” the LCSAR statement said.

Five members of an all-volunteer rescue group searched “high probability areas” on the mountain from around 10:00 p.m. to 3:00 a.m. on Oct. 19, but found nothing. They resumed the search again at 7:00 a.m., the statement said.

Then, at around 9:30 a.m. — more than 24 hours after setting out along the trail — the hiker was back home, the statement said.

“The subject stated they’d lost the trail around nightfall and spent the night searching for the trial, and once on the trail, bounced around onto different trails trying to locate the proper trailhead, finally reaching their car the next morning, approximately 24 hours after they’d started their hike,” LCSAR said. “They had no idea that SAR was out looking for them.”

It’s unclear why the hiker didn’t answer calls, particularly since they apparently knew they were lost.

LCSAR took pains to encourage hikers to answer phone calls while on the trail, even if they don’t know who is calling.

“One notable take-away is that the subject ignored repeated phone calls from us because they didn’t recognize the number,” the LCSAR statement said. “If you’re overdue according to your itinerary, and you start getting repeated calls from an unknown number, please answer the phone; it may be a SAR team trying to confirm you’re safe!”

In a comment to its own Facebook post, the group said that it might not have occurred to the hiker to answer the calls, especially if they were lost and frantically trying to find a way back.

“Please remember that what seems like common sense in hindsight is not obvious to a subject in the moment when they are lost and panicking,” the comment said. “In Colorado, most folks who spend time outdoors have a good understanding of the SAR infrastructure that is there to help them, but this is not the case nation-wide. Please keep your comments respectful.”

At more than 14,000 feet, Mt. Elbert is Colorado’s highest peak and the second-highest peak in the contiguous 48 states. Officials suggest that those attempting the 9.1 mile hike, ranked by the state as difficult, reach the peak by noon to avoid “common afternoon storms.”

Weather conditions in the area on Oct. 18 ranged from around 24 to 53 degrees. There was no rain or snow recorded that day, but wind gusts did reach up to 25 mph.