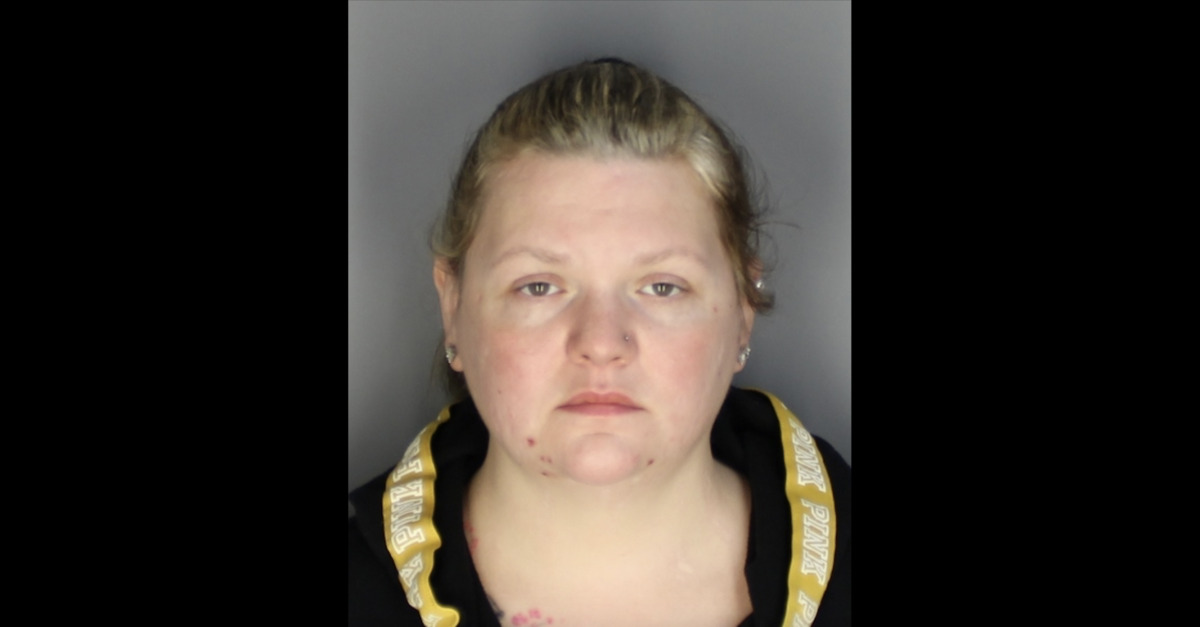 Grim new details have emerged in the shocking case of an Upstate New York mother charged with attempted murder after allegedly throwing her infant across a room and causing his brain to bleed.

Those details include an uncomfortable and atypical combination of animal and child abuse, authorities in the small town said.

Samantha Valentine, 31, was arrested earlier this month and charged with three counts of attempted murder in the second degree and assault in the second degree, both of which are felony offenses, as well as endangering the welfare of a child, which is a misdemeanor offense, according to the Watervliet Police Department.

During a press conference last week, WPD Chief Joseph Centanni declined to go into many specifics of the case against the defendant–being overcome with emotion when asked to do so by local reporters.

In a recent message to Law&Crime, however, Centanni elaborated on the case, calling it “unique and disturbing” on several levels.

“First, the assaults were captured on video from the baby cam that was in the child’s room,” the police chief wrote. “Second, the assaults took place over a four-day period and were horrific. Third, the house was condemned for unsanitary and filthy conditions.”

As Law&Crime previously reported, responding officers found six ferrets, four cats, “a deceased squirrel” and an iguana-style lizard inside the home after receiving a call about a 10-month-old who wasn’t breathing. A felony complaint obtained by local ABC affiliate WTEN alleges that Valentine picked her infant up off of a changing table and threw him. Investigators say the child’s head and face were injured as he hit the floor, causing the internal bleeding.

“While standing in his bedroom, [Valentine] violently threw him onto the floor causing [redacted] to strike his head and face. Said action did cause [redacted] to receive subdural hemorrhaging.”

Police also allege the boy was thrown while the mother was in her rocking chair, according to the felony complaint.

The first officer to arrive found the child “lying on [his] back in obvious medical distress,” according to a press release. That officer performed first aid until paramedics could arrive and the baby boy is currently rehabilitating at a nearby hospital. Due to the severity, nature and length of the abuse, the WPD has dubbed the child a “miracle.”

“[T]he defendant was arrested in 2019 for selling sick kittens that died shortly after they were delivered,” the police chief went on. “Lastly, I understand that abuse toward children and animals is polarizing and in my 26 years of doing this, rarely does it happen in the same case.”

In his email, Centanni stressed that while the case was perplexing and strange it may serve useful as a cautionary tale:

This type of case has never occurred in this community. It is a small, close-knit city in upstate NY. Not surprisingly, it received wall to wall coverage in our area but we think that if it was reported to a larger audience it may help people realize that these types of incidents can occur anywhere, not just in larger cities. Also, it may trigger someone to contact their local law enforcement agency or Child Protective Service if they see similar things that “don’t seem right” about children in their community.

Valentine is currently being held without bail.