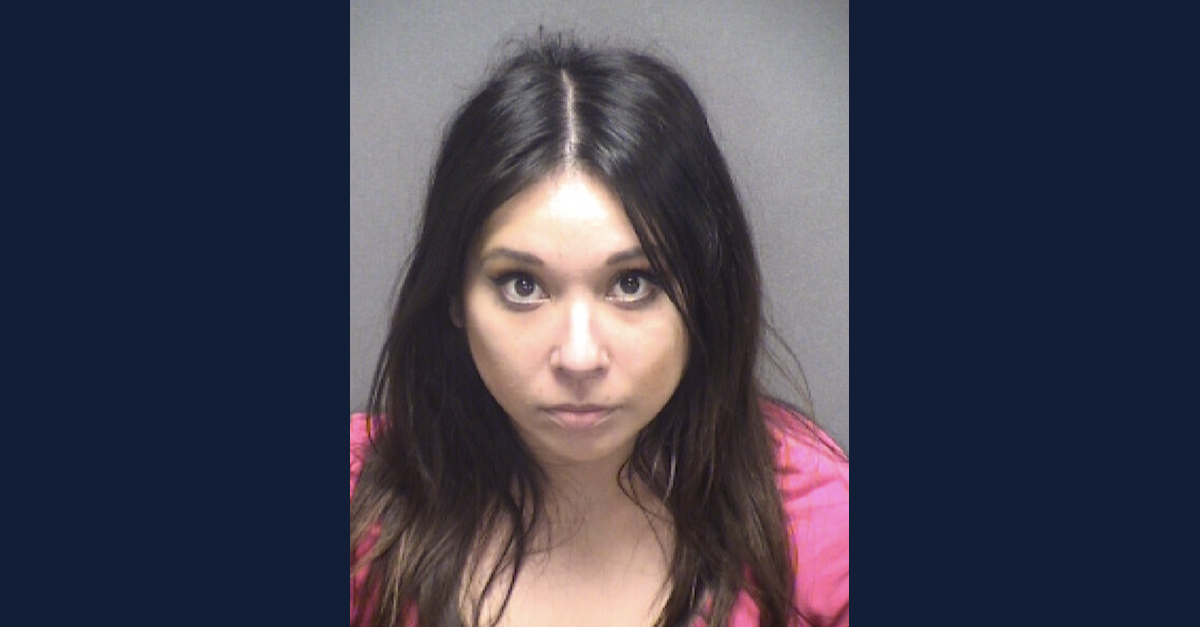 A Texas woman recently made bond after allegedly stabbing her boyfriend on Thanksgiving Day over his lack of financial help.

Cassandra Gutierrez, 30, stands accused of one count of aggravated assault with a deadly weapon, according to Bexar County Jail records reviewed by Law&Crime. She was arrested on Tuesday and then placed on pre-trial supervision by Thursday when she was released.

According to Bexar County records, the case is “awaiting indictment.”

According to an affidavit for an arrest warrant obtained by Law&Crime, the defendant and her boyfriend, 42-year-old Richard Delgado “have been in a dating relationship for a year.”

After “drinking at a bar” on Thanksgiving, the couple went back to Gutierrez’s apartment, the court document says. Police allege that “shortly after” their arrival, the woman “became confrontational” and accused Delgado of “not helping her with the bills.”

Police allege the “altercation escalated” and that Gutierrez eventually “grabbed a kitchen knife” to attack Delgado, “stabbing him multiple times.” The alleged attack, however, was not fatal and the man was able to run from the apartment to seek help.

According to San Antonio-based NBC affiliate WOAI, Delgado was “screaming” as he fled the apartment.

“Responding officers found [Delgado] bleeding profusely near the leasing office and called EMS,” a San Antonio Police officer wrote in the affidavit. “Additionally, a blood trail was found leading from the apartment door to where [Delgado] was found.”

The man was stabbed in the left side of his neck his right hand, his left leg, and his back, police say, before he was able to get away.

According to San Antonio-based ABC affiliate KSAT, the victim was taken to Brooke Army Medical Center in stable condition.

In a statement from the stabbing victim, he allegedly identified the defendant as his assailant, the SAPD officer wrote in the affidavit, by way of a “Single Photo Identification Form.”

Court records indicate that a warrant was issued for Gutierrez’s arrest later that same day. Though she has posted bond, no hearing dates have yet to be scheduled in her case. The defendant has an attorney of record who has been identified as Theresa Mallon Connolly. Law&Crime reached out to her firm for comment on this story but no response was immediately forthcoming as of the time of publication.

Thanksgiving weekend violence pockmarked celebrations across the country this year.

In Florida, a man allegedly attacked his girlfriend with a sex toy after an argument.

In West Virginia, a man allegedly “blacked out” and beat his newlywed wife to death.

In New Mexico, a man allegedly slaughtered, dismembered, and disemboweled his wife just before guests were scheduled to arrive.

In Utah, a grandson is alleged to have kicked, beaten, and then systematically shot his octogenarian grandparents to death just before Thanksgiving.

Also in Texas, a man allegedly burst into a Houston residence through a back door with a gun and killed two people – his ex-wife among them – just after eating Thanksgiving dinner.