Grandson Slowly Beat and Murdered His Grandparents Just Before Thanksgiving over ‘Accusations He Holds Against Them’: Police 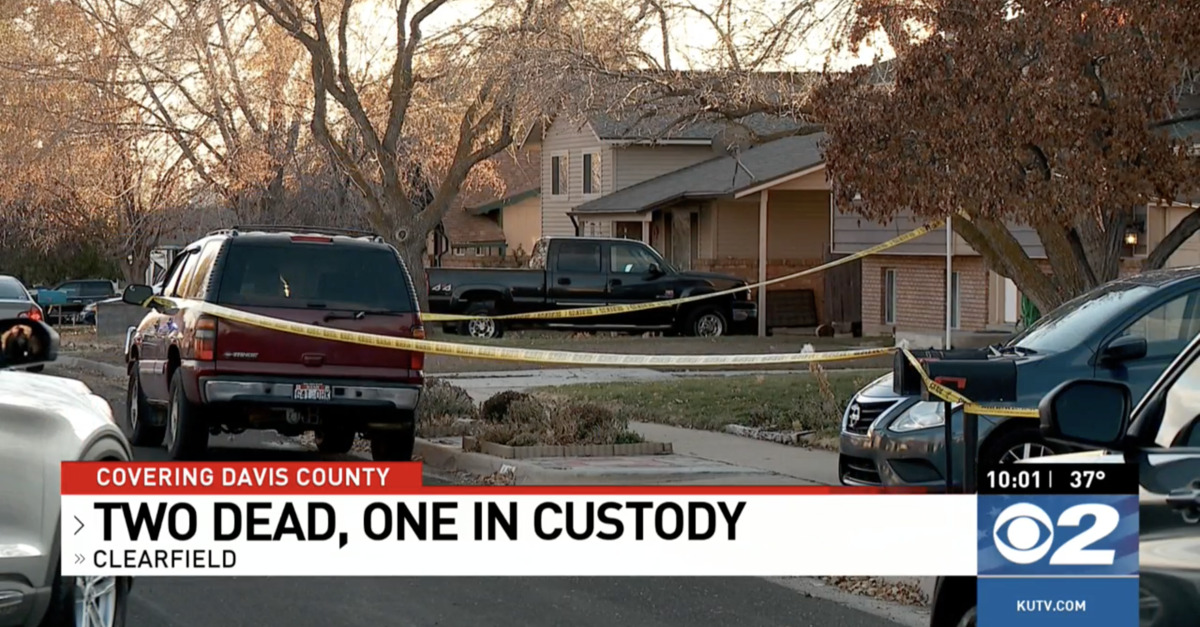 An elderly Utah husband and wife who were brutally beaten to death in their own home the day before Thanksgiving have been identified as the grandparents of their alleged killer.

According to authorities in the mid-sized City of Clearfield, 87-year-old Thomas Walker and 85-year-old Janice Walker were murdered by their grandson Jeremy Belt, 26, who lived with them.

The investigation began on Wednesday, Nov. 23, 2022, when a 60-year-old woman – who also lived at the residence – called police, identified herself as the daughter of the deceased couple, and said she thought her son was responsible for her parents’ deaths.

Law enforcement rushed over and surrounded the house.

Belt’s mother was escorted out by police; the defendant then surrendered himself to the authorities after asking for her. She reportedly spoke with an officer and then her son walked out the front door, according to Salt Lake City CBS affiliate KUTV.

According to court documents obtained by the TV station, the defendant told police he confronted his grandparents about “accusations he holds against them.”

That confrontation prompted the Walkers to try and leave the residence through the garage, but they were unable to do so, allegedly because their grandson had cut the garage door motor wire.

Belt also allegedly believed that his grandparents and other family members “attempted to harm him,” according to a copy of a probable cause affidavit obtained by Salt Lake City ABC affiliate KTVX.

In an interview with police, the defendant allegedly admitted to the murders and detailed the painstaking process by which he killed.

First, the grandson allegedly said, he followed the couple into the garage and kicked them both in the chest, knocking them to the ground. Then, he grabbed a hammer – initially striking the couple’s vehicle before repeatedly striking them in the back of their heads while reciting his accusations. Next, he went to his bedroom in the basement and retrieved a .22 rifle – and just one bullet. He loaded the bullet and shot one of his grandparents in the head before returning to his room and repeating the process back in the garage.

The defendant also allegedly kicked another family member in the face, giving them a black eye.

Belt was allegedly not immediately forthcoming with investigators.

According to Salt Lake City NBC affiliate KSL-TV, Belt initially said he arrived home at or around 3:00 p.m. that day and found his grandparents “in critical condition in the garage.”

The defendant’s alleged confession only came later when he was shown surveillance footage from a neighbor’s house indicating that he was the only person home with the two victims as they died.

Belt was booked into the Davis County jail on Thursday. He stands accused of two counts of aggravated murder, one count each of assault, possession of a firearm by a restricted person, and criminal mischief, as well as two minor drug charges.

“This is a tragic situation,” Clearfield Police Department Chief Kelly Bennett said in comments reported by KUTV. “We hope to have a celebration with family members, and so does this family, as well, and they’ll be mourning the loss of two loved ones.”