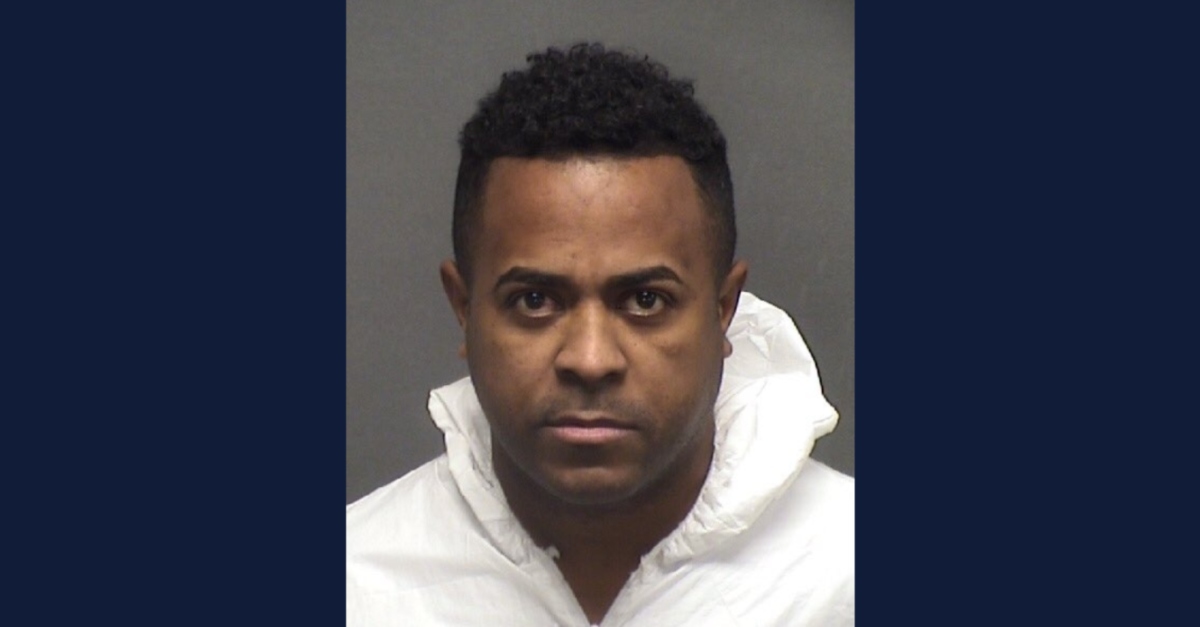 Authorities in the Lone Star State say that a man barged into a Thanksgiving dinner with a gun and killed two people, including his ex-wife. Yonetsy Montriel Granado, 38, entered a home through the backdoor on Thursday night and opened fire, according to cops in Houston, Texas.

Authorities initially did not know his whereabouts or even his name, but eventually announced on Friday that he turned himself into San Antonio police.

Officers got a call at 9:18 p.m. on Thursday of a shooting in progress, HPD Assistant Chief Patricia Cantu told reporters. Cops arrived at 9:23 p.m. They found four people shot in the home, Cantu said. Two of them were dead. Of the survivors, a 15-year-old boy was shot and in stable condition, Cantu said. A man was at the hospital in critical condition.

The family was celebrating Thanksgiving with friends and had just finished eating. The suspect, who is the ex-husband of one of the slain victims, came in through the back door and just started firing, Cantu said.

There were four other people inside the home. They ran to the rooms for safety on hearing the shots.

“The suspect discharged multiple rounds and even reloaded his weapon at the scene,” Cantu said.

“We heard what sounded like fireworks … but there were so many,” local man Hunter Montgomery told KHOU. “We went inside. Literally, a couple minutes later, just siren after siren after siren.”

“When we found out that he was still at large, so to speak, we got inside, locked all the doors, put the alarms on,” Montgomery said. “It’s scary to think that can happen to anybody.”

The suspect and the slain victim have a baby together, Cantu said.

“This is a very sad situation,” she said. “It’s Thanksgiving. People are supposed to celebrate with their families, and we do know that this was a domestic-related incident. We’re praying for the families.”

Granado turned himself in to @SATXPolice on Friday (Nov. 25) and is in the Bexar County jail.

A big police presence this morning in a Spring Branch neighborhood, more than 9 hours after a tragic thanksgiving shooting. Two people are dead and two are critically injured after a gunman opened fire inside a home on Baggett Ln. and Flowerdale St. @KHOU pic.twitter.com/P33ioZJzjW