Texas Mom Arrested After Autopsy Shows Toddler ‘Could Not Have Shot Herself,’ Cops Say 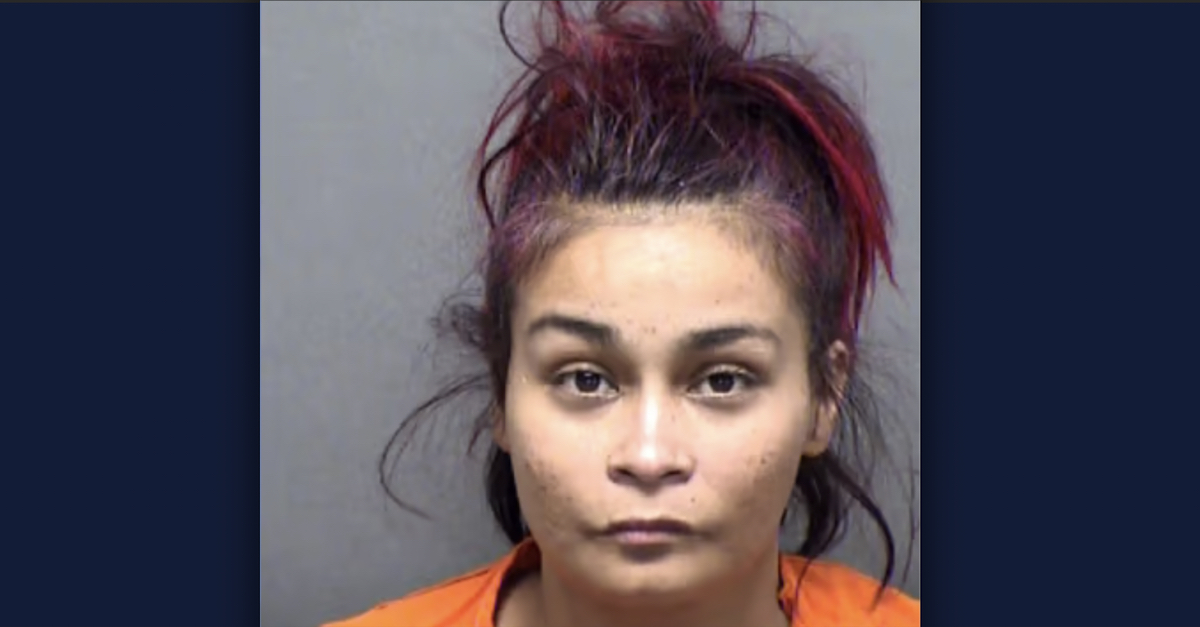 A 35-year-old Texas mother was arrested in connection with the death of her 2-year-old daughter, who died several months ago from a gunshot wound to the head.

Jessica Cantu was taken into custody last Friday and charged with one count of endangering a child in the death of young Juelz Emily Gonzalez, records reviewed by Law&Crime show. Federal authorities with the U.S. Bureau of Alcohol, Tobacco and Firearms in March also arrested Cantu’s boyfriend, Joshua Christopher Ramirez, and charged him with one count of being a felon in possession of a firearm.

While it was initially believed that child’s death was caused by an accidental self-inflicted gunshot wound, authorities now say that forensic evidence directly contradicts that story.

Officers with the San Antonio Police Department at approximately 8 p.m. on Feb. 18 responded to a 911 call regarding a child being shot at Cantu’s home located in the 100 block of Dublin Avenue, according to a complaint filed in Ramirez’s case in the U.S. District Court for the Western District of Texas.

Upon arriving at the scene, first responders found the toddler suffering from an apparent gunshot wound to the head. Emergency Medical Services personnel rushed her to a nearby hospital, where she was pronounced dead.

Cantu allegedly told police that she and her other daughter were in the bathroom when she heard a loud “pop” sound. She and Ramirez rushed to the bedroom where they allegedly found Juelz and a gun belonging to Ramirez. Cantu told police that her daughter had gotten hold of Ramirez’s firearm and accidentally shot herself.

“During a recorded interview with Child Protective Services, [Cantu] admitted that Ramirez sells illegal drugs from a hotel because he is not allowed to sell drugs from the Dublin Avenue residence and that Ramirez had packed the duffel bag in preparation to travel to the hotel to sell illegal drugs for the evening,” the federal complaint states. “During a recorded interview with SAPD, the mother admitted that Ramirez is her boyfriend and that the juvenile shot herself with the handgun.”

According to a report from San Antonio NBC affiliate WOAI-TV citing police records, an autopsy conducted by the Bexar Medical Examiner’s Office concluded that the child “could not have shot herself due to the gunshot being from a distance and not close proximity.” The toddler’s death was ultimately ruled a “homicide due to complications from a gunshot wound.”

“Initially it was reported to police that the child shot herself,” the San Antonio Police Department said in a statement to the station. “Through the course of the investigation investigators gathered additional evidence including the medical examiner’s report that determined the child had not shot herself. With enough probable cause they were able to issue a warrant for child endangerment.”

Cantu’s arrest affidavit reportedly states that the charges stem from her “knowingly placing Juelz in imminent danger” by allowing her to be in the presence of Ramirez, a violent criminal who owned a firearm.

In a statement to San Antonio Fox affiliate KABB, police said that additional charges may be filed against Cantu by the Bexar County District Attorney’s Office.

“This case has been investigated thoroughly by our detectives. Preliminary information given can change through the course of an investigation, and in this case, evidence was found to charge the suspects with the listed offense on the affidavit,” the department said. “Any upgraded charges will come from the District Attorney’s Office.”

The DA’s Office did not immediately respond to a message from Law&Crime.

Cantu is currently being held in the Bexar County Jail on $150,000 bond.