Texas Man Murdered and Dismembered Wife in Motel Room After She Told Police He Molested a Young Boy: Cops 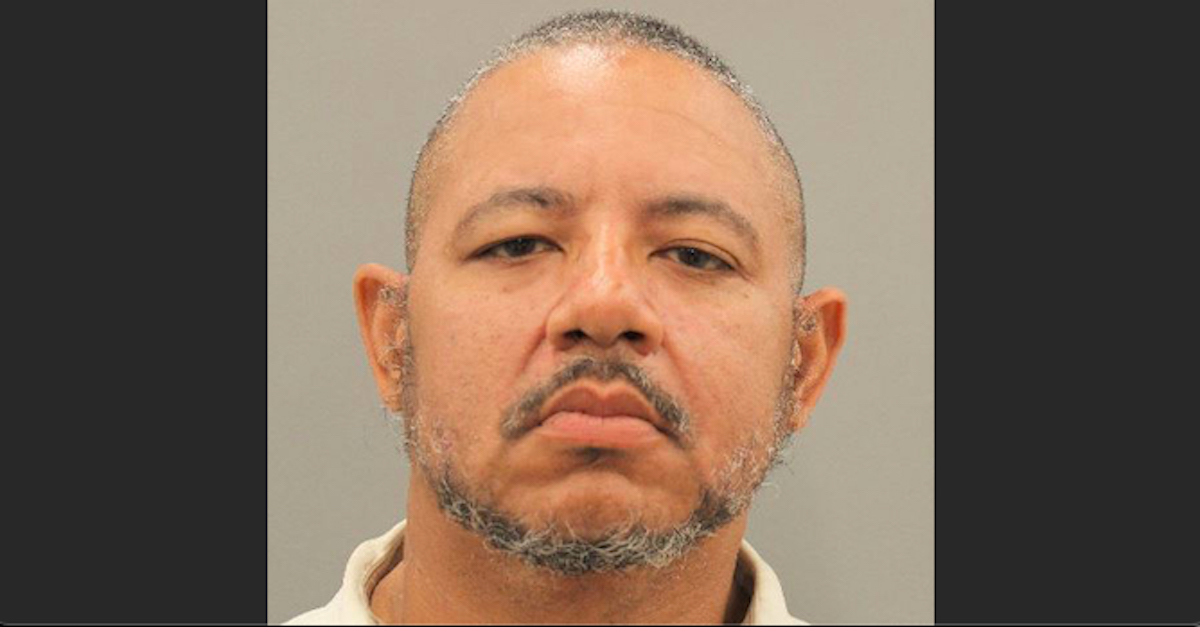 A Texas man was arrested this week and accused of murdering and dismembering his wife in a motel room after she filed a police report saying she witnessed him sexually abuse a young boy.

Sean Dacko Preston was taken into custody on Wednesday and charged with one count of sexually assaulting a victim younger than 14 years old and one count of murder for allegedly killing 41-year-old Keysha Preston, city officials in Houston said in a press release.

According to court records obtained by the Houston Chronicle, investigators believe the suspect on Nov. 24 lured Keysha to his room at the Motel King located on Laura Koppe Road, where he killed her “by unknown manner and means.”

He then allegedly disposed of her body by chopping it up and stuffing it in a suitcase or duffle bag to facilitate its transportation. Keysha’s body has not yet been found, but authorities say they still have a bevy of evidence indicating she was killed by her ex-husband.

“He had a difficult time getting the suitcase or duffle bag on wheels down the stairs and had to use both hands to lift it into the trunk of the car,” the search warrant reportedly states.

Preston then appeared to leave the motel room for approximately an hour.

He reportedly returned to the room carrying the same bags, though they appeared to be much lighter than they were when he exited. Police said the victim was never shown leaving Sean’s hotel room.

Keysha’s mother also reportedly confirmed to police that he daughter is the woman shown in the video entering the motel room with Sean.

When she failed to show up for Thanksgiving dinner, Keysha’s family grew concerned. Her son reported her missing on Nov. 29 after an unnamed person called him and said Sean Preston had confessed to Keysha’s murder. Investigators interviewed the same caller who reportedly told them Sean had made requests for a “throw down vehicle” and “muriatic acid,” which is a heavy-duty cleaning agent.

The caller reportedly said he did not get Sean what he asked for, but said they met in person two days later and Sean’s face was scratched up like he’d recently been in a fight. Sean allegedly told the caller that Keysha was “no longer a problem,” before leveling a threat.

“If you don’t want to end up like Keysha then keep your mouth shut,” Preston reportedly said, according to the search warrant. He added that only three people were aware he killed Keysha.

Keysha was reportedly also a potential witness for the state in the sexual assault of a minor charges Sean now faces. Per the report, a young family member told police that Sean touched him inappropriately on several occasions, usually when he was drunk. The boy reportedly told Keysha about the assaults, which she initially believed was nothing more than him “embellishing” until she told police she witnessed Sean molest the child firsthand.

“[Keysha] called police the next day to make a report,” investigators wrote in the charging documents.

Authorities first spoke to the suspect about the sexual assault allegations only nine days before Keysha went missing.

Sean Preston reportedly denied the allegations, telling police she “likes to call in false CPS reports in hopes to stop the divorce,” the Chronicle reported.

He is currently being held at a Harris County jail facility. A judge set Preston’s bond at $2,000,000 for the murder charge and $250,000 for the sexual assault charge, online records show.