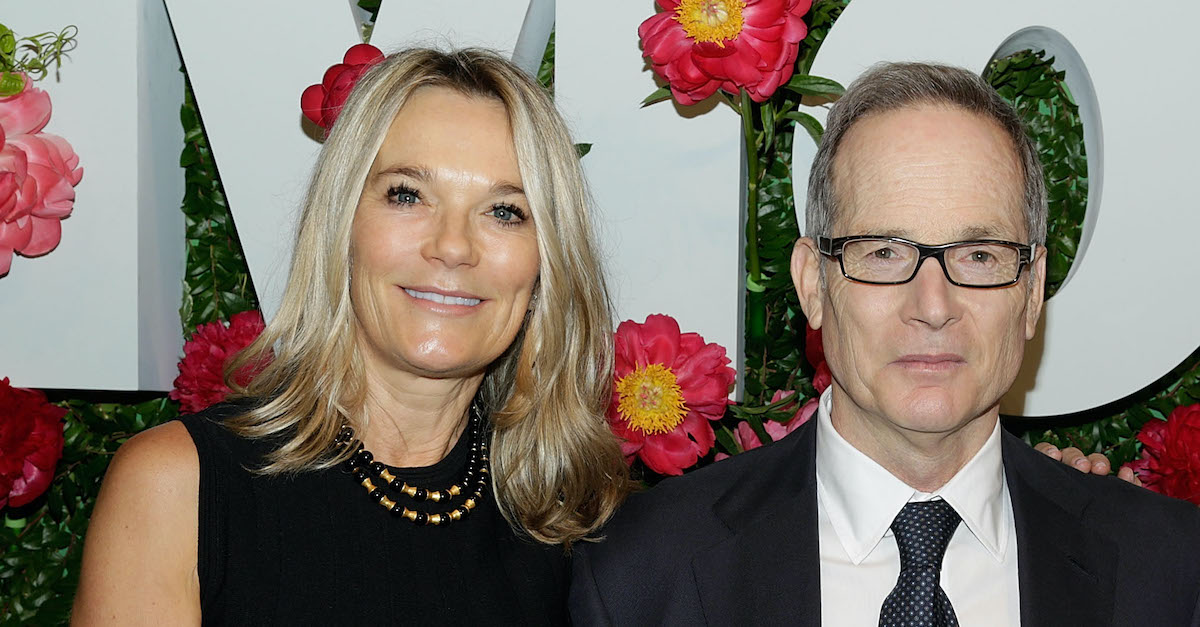 Eva Andersson-Dubin and Glenn Dubin attend The Museum of Modern Art’s Party in the Garden at MOMA on June 5, 2017 in New York City.

The wife of a hedge fund billionaire who previously dated Jeffrey Epstein told a federal jury on Friday that she never observed the deceased sex offender acting inappropriately with minors when she interacted with him decades ago.

Eva Andersson-Dubin, the wife of wealthy hedge fund manager Glenn Dubin, was called to testify by defense attorneys representing Ghislaine Maxwell, who is presenting the second day of her defense case. Andersson-Dubin had testified that she dated Epstein between 1983 until 1990 or 1991, maintaining a friendship with him long after that period. Maxwell pleaded not guilty to six charges accusing of transporting and sex-trafficking minors of Epstein’s predation—and occasionally participating in the abuse.

A doctor, former Miss Sweden, and a mother of three, Andersson-Dubin said that her two daughters and her son referred to Epstein as “Uncle Eff,” a shorthand for “Jeff” that sounded like the first letter of the name “Frank.”

“Did you ever observe any inappropriate conduct between Mr. Epstein and any teenage girls?” Maxwell’s attorney Jeffrey Pagliuca asked her.

Following a prosecution objection, Pagliuca revised the question include a time frame specified in Maxwell’s indictment, between the years of 1994 and 2004. The attorney also specified he was referring to “underage females.”

With those subtle revisions, Andersson-Dubin answered: “I did not.”

Defense attorneys also sought to undermine prior testimony by Maxwell’s debut accuser: “Jane,” who testified about alleged group massages and sexual encounters that she said took place in Epstein’s Palm Beach home. She specifically stated that these sessions included a woman named “Eva” and another woman named “Michelle.”

Apologizing for asking the question, Pagliuca said: “Have you ever been in a group sexual encounter with the person that we’re calling ‘Jane’?”

For Andersson-Dubin’s testimony, prosecutors unsealed numerous names listed in Epstein’s flight logs, save for the names of the women who have testified anonymously. Pagliuca asked Andersson-Dubin about her appearance on certain flight records, which apparently showed that she flew with a person who shared “Jane’s” true name.

“I don’t recall ever meeting this person,” Andersson-Dubin said of “Jane.”

According to prosecutors, Andersson-Dubin may not remember much these days. Assistant U.S. Attorney Alison Moe hinted that the witness has an underlying medical condition noticed by her family, but she said she would not prod into details that would invade her privacy.

“It’s very hard for me to remember anything from far back,” Andersson-Dubin said, referring to events in the case spanning back decades.

Andersson-Dubin said that she had a hard enough time remember events back from “last month.”

As for the alleged group sexual encounters, Moe noted that Andersson-Dubin had a common first name.

“Are you the only person in the whole, wide world named Eva?” the prosecutor asked.

Notably absent from either direct or cross-examination were allegations by Virginia Giuffre (née Roberts), who testified in a 2016 deposition that Ghislaine Maxwell directed her to have sex with Glenn Dubin.

Menninger is now representing Maxwell in her criminal case. Neither the defense nor the prosecution pressed Andersson-Dubin about Giuffre’s accusation against her husband. Dubin, who has denied it, has not been accused of wrongdoing.