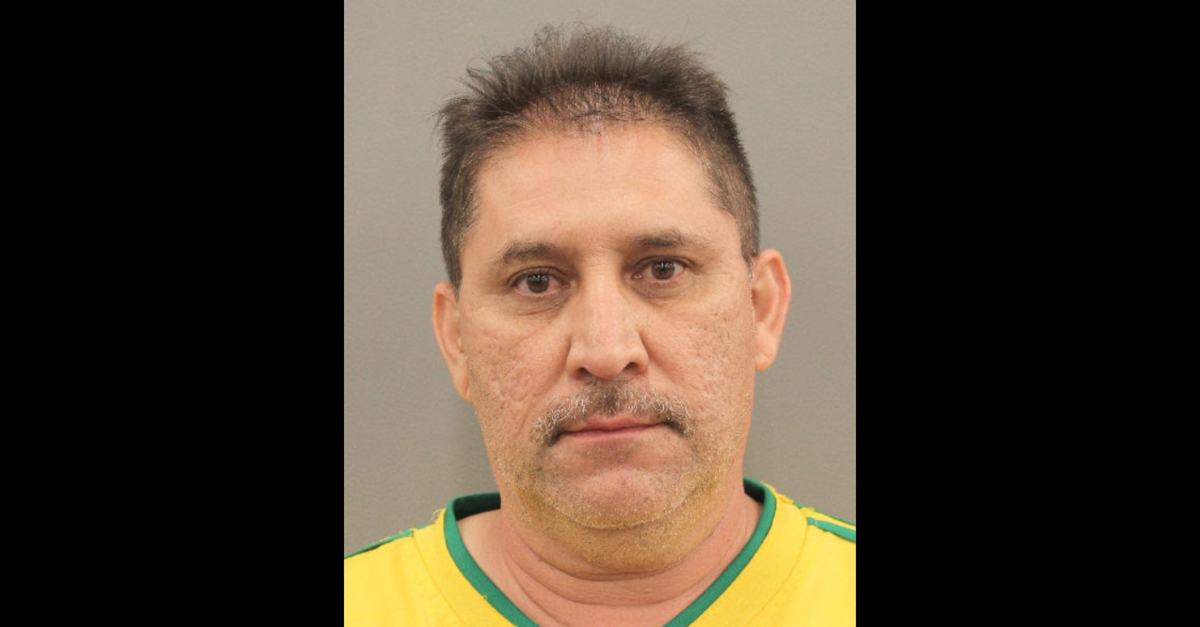 Carlos Guzman in a 2020 booking photo.

A Texas man has been charged with murder after allegedly stabbing his wife to death and then cutting himself in an apparent suicide attempt, authorities said on Tuesday.

Carlos Guzman, 52, was identified Tuesday as the suspect in a death that took place this weekend, and Noelia Guzman, 50, was named as the victim. One of her daughters found her dead Sunday at the home on Wuthering Heights Drive in the southwest area of Houston, police previously said.

Houston police say that they deployed a Taser in order to take Carlos Guzman into custody, before sending the suspect to Ben Taub General Hospital. Guzman is expected to survive his self-inflicted wounds, police say.

He is charged with murder, cops said. It is unclear if he has an attorney in this matter. The mugshot above is from a 2020 booking photo for DWI, first offense, police spokesman Kese Smith told Law&Crime. That case is pending, records show. His attorney in that matter could not be reached as of press time.

Two children, ages 10 and 17, were home when the murder occurred, police have said. A third daughter was not there.

“You can’t tell them, ‘Don’t be sad,’ because they’re going to be sad until they can do better,” said neighbor Charles Hurd, according to the local ABC outlet KTRK. “I just let them know, ‘If you need any help or anything, come knock on the door.'”

“Obviously very traumatic for the two daughters at such a young age,” Sgt. Adrian Lopez told the network. “They’re hanging in there. They were able to give me very vital statements that are going to be very important to this investigation.”

Though initial reports stated that Guzman slit his wife’s throat, the police statement alleges he stabbed her “multiple times.”