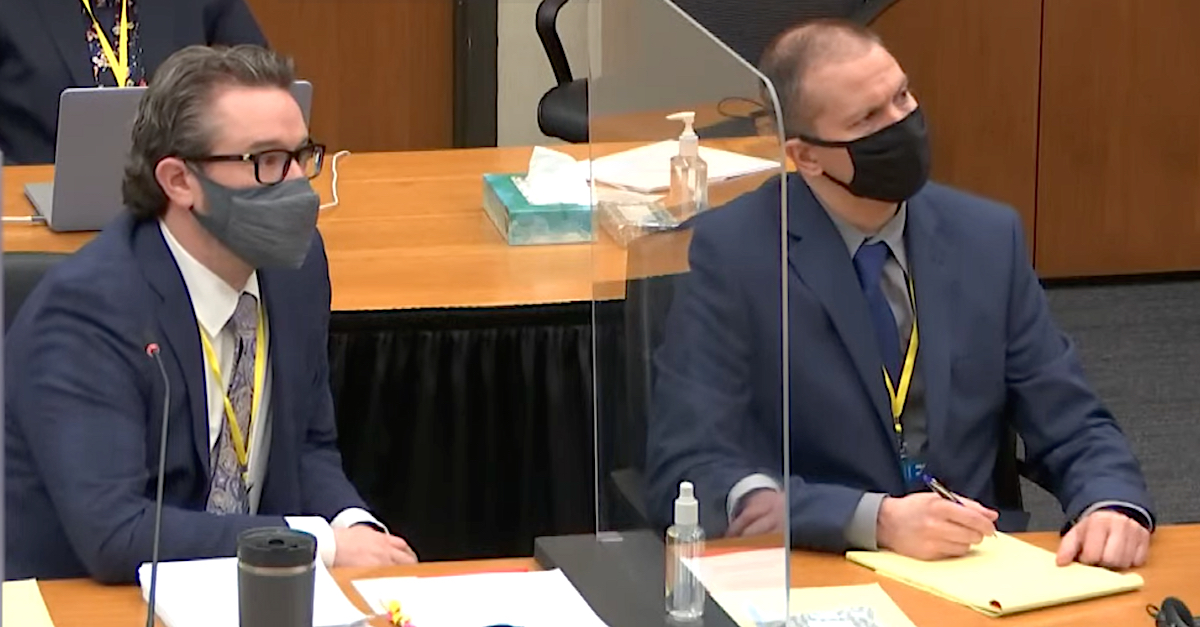 “The Court has determined that based upon the information received, the defendant in the above matter is financially unable to employ counsel and finds that it is in the interest of justice that counsel be assigned,” wrote judge Becky R. Thorson in a one-page document. “IT IS HEREBY ORDERED that Eric J. Nelson . . . is appointed as counsel pursuant to 18 U.S.C. § 3006A.”

The cited statute requires district courts to enact a plan to “furnish[] representation for any person financially unable to obtain adequate representation. “Representation” includes “counsel and investigative, expert, and other services necessary” for an accused person to adequately mount a defense.

Though federal defenders and attorneys employed by legal aid societies are allowed to be among those appointed by federal magistrates to handle indigent representations, the statute indicates that “[p]rivate attorneys shall be appointed in a substantial proportion of the cases.” In that respect, the appointment of Nelson is not out of the ordinary.

The statue as written called for appointed federal defender panel attorneys to earn a minimum of $40 per hour for out-of-court work and $60 per hour for in-court work, but other provisions of the relatively old statute afford for various inflation-related increases and other elevated hourly rates as may be necessary over time. Currently, appointed attorneys are slated to earn $152 to $155 per hour representing clients in federal court. The maximum rate per felony case is $12,100 total at the trial level and $8,600 total at the appeal level.

Chauvin’s state court criminal defense costs were paid by the Minnesota Police and Peace Officers Association, presumably through a legal defense fund the organization established for officers accused of civil wrongs or criminal acts. In response to several emails from Law&Crime, the MPPOA said it would decline to comment when asked to clarify Chauvin’s apparent indigent status in federal court.

Article 9 of the Minneapolis Police Department’s contract with the Police Officers’ Federation of Minneapolis — the local police union — requires the city to “provide legal counsel to defend any employee against any action . . . based on allegations relating to any arrest or other act or omission by the employee.” But the contract only requires the city to pay for the officer’s defense if he or she was “was acting in the performance of the duties of his or her position” and “was not guilty of malfeasance in office, willful neglect of duty or bad faith.” That language appears both in the contract and in a state law exemption. The MPD Federation also did not respond to Law&Crime’s request to discuss the particulars of Chauvin’s federal representation.

Additional federal court documents which could shed light on Chauvin’s financial situation remain sealed as of the time of this writing.

“Questions have been raised about whether the divorce after ten years of marriage was an attempt to safeguard the family’s assets from a civil suit filed by George Floyd’s family,” the show asked without providing any definitive answer to the hypothetical conundrum.

As Law&Crime previously reported, a judge rejected a previous attempt to divide the couple’s assets.  The initial attempted settlement would have given Kellie Chauvin nearly everything the couple owned.  A judge referred to the split as a potential “badge of fraud” in the couple’s uncontested divorce.

Chauvin and his wife are also facing a tax fraud case.

Chauvin is scheduled to appear in federal court Tuesday afternoon.

[Editor’s note:  this piece has been updated to reflect that the MPPOA declined to comment.  It previously said that the MPPOA had not responded to Law&Crime’s request for comment.]