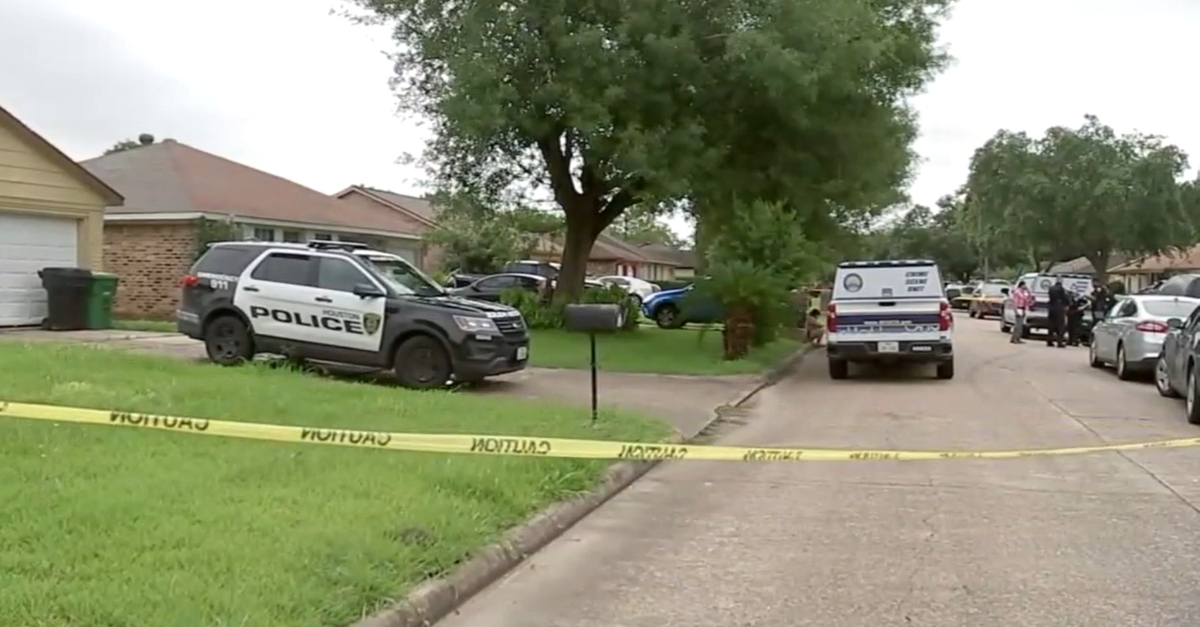 A man in Houston, Texas allegedly killed his wife and tried to die by suicide. Officers announced he faces a possible murder case.

One of the victim’s three daughters found her dead Sunday at the home on Wuthering Heights Drive in the southwest area of the city, cops said in a KTRK report. The mother had sustained apparent cuts to the throat.

Cops said they found the suspect in the backyard. He had what they believe to be self-inflicted wounds. The suspect allegedly still had a knife in his hand and refused to drop it when ordered.

“They located the husband, who is going to be the suspect, in the backyard,” said Houston police spokesman Sgt. Adrian Lopez. “They gave him multiple verbal commands to drop the knife. He refused.”

The suspect survived the incident. He was taken to an area hospital with non-life threatening wounds, Houston police spokesman Kese Smith told Law&Crime on the phone.

“Obviously very traumatic for the two daughters at such a young age,” said Lopez, according to KTRK. “They’re hanging in there. They were able to give me very vital statements that are going to be very important to this investigation.”

The woman was 50, said Smith. Police told KTRK that the suspect is in his late 40s or early 50s.

The alleged motive behind the attack remains unclear. Cops said they received a call to the home last year regarding a disturbance. The suspect, who was not named, possibly faces a murder charge, cops said.

The fatal incident reportedly occurred when two of the couple’s children, ages 10 and 17, were home; a third daughter was not there.