Texas Man Charged with Murdering Girlfriend’s 2-Year-Old Daughter Allegedly Struck Her Head Against ‘a Piece of Furniture,’ Fractured Her Skull 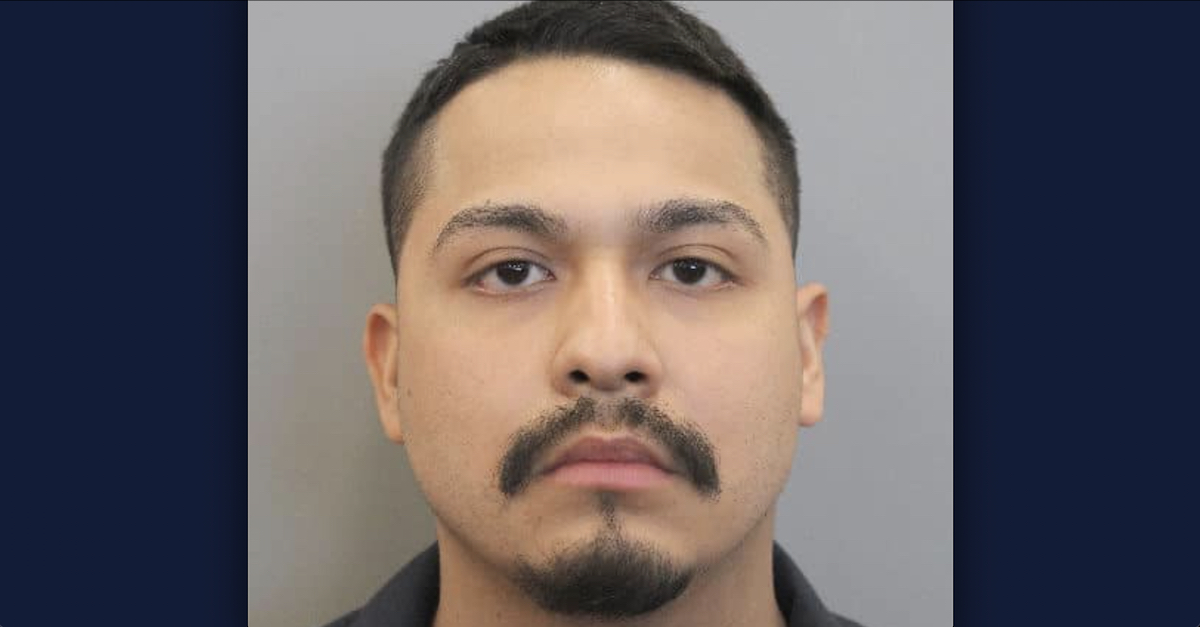 A Texas man was arrested after he allegedly killed his girlfriend’s 2-year-old daughter by “striking” her “with and against a blunt object,” and then tried to blame the victim’s injuries on her 5-year-old brother.

According to the criminal complaint filed last month in Harris County District Court, Martinez did “knowingly and recklessly” kill Zyre by “striking [the child] with and against a blunt object.”

Detectives with the Harris County Sheriff’s Office Crimes Against Children/Special Victim’s Unit on Wednesday, Nov. 24, 2021 responded to a call about a severely injured 2-year-old female child admitted at Texas Children’s Hospital The Woodlands located in Montgomery County. The call stated that the child was in “critical condition” after sustaining an injury to the back of her head. The little girl was placed on life support but was pronounced dead three days later, police said.

Investigators interviewed Martinez, who allegedly claimed that Zyre had rolled off of the bed and fell to the floor — a distance police said was approximately 26 inches. Per the affidavit, Martinez said that at approximately 8:30 a.m. he went to the bathroom and left Zyre and her 5-year-old brother in the bed alone. After approximately five to eight minutes, Martinez said he heard “a loud bang followed by crying from the victim.”

Martinez claimed he rushed back into the room and asked the boy what happened, and he said his sister “had fallen off the bed.” Martinez said he picked the Zyre up and held her until she stopped crying and that she was “fine” for several hours. At approximately 5 p.m., however, Martinez claimed the victim threw up mucus.

The pathologist who performed the autopsy on Zyre, Dr. Darshan R. Phatak, told police that the child’s cause of death “was not consistent with the Defendant’s explanation for the cause of injury,” and ruled the case a homicide, the affidavit states. Specifically, Dr. Phatak explained that Zyre had sustained two skull fractures: one fracture on the back of her skull, and another on the left side of her skull.

The doctor also found contusions on Zyre’s inner thigh and chest area and said the impact required to cause such injuries couldn’t happen from rolling off a bed or a simply falling.

“Dr. Phatak stated the injuries were consistent with the Victim being swung around with her head striking a piece of furniture causing a displaced skull fracture,” the affidavit said. Dr. Phatak also stated there were “multiple bruises on the Victim, along with rib fractures with calluses, which are consistent with older injuries and were not due to CPR.”

When investigators pressed Martinez about the source of the child’s extensive injuries, he alleged suggested that her 5-year-old brother was the likely culprit.

“The Defendant stated that [Zyre’s older brother] was usually rough with her while fighting,” the affidavit states. “[The detective] asked him how he would discipline [Zyre’s brother] if he saw him playing too rough, and he responded, ‘I would tell him that I was going to call his mom,’ or place him in time out.”

Investigators seized Martinez’s cell phone and allegedly found pictures from October 2021 showing Zyre with “a large contusion protruding on the left side of her forehead approximately the size of an adult hand palm—consistent with blunt force trauma,” per the affidavit. Approximately 30 minutes prior to taking the photo of the injured child, Martinez had allegedly photographed a pair of soiled children’s underwear.

In messages to Zyre’s mother from November 2021, Martinez allegedly complained that Zyre “didn’t respect him” and “lashed out at him when he attempted to wash her in the shower.” He allegedly said the little girl “fell in the shower, but he saved her from hitting her head, so her injury was not as bad as it could have been.” Addressing the injury, he allegedly said Zyre got hurt because she didn’t listen to him, writing, “cuz if she listened it would go smoothly.”

Martinez was arrested in February and held at the Harris County Jail. He was released several days later after posting bond of $70,000. He is scheduled to appear in court again on April 28.

An obituary for the victim said Zyre “loved to sing, dance and take walks.”

“She enjoyed watching the movie Frozen and Frozen 2! She enjoyed playing with her brother and would work on arts and crafts with her family. Her favorite place to visit was the playground. Zyre’ was a child that gave love and always received love back,” the obituary added. “To her nothing was better than cuddling with her momma and brother.”