Suspect in ‘Domestic Battery’ of 13-Year-Old Boy Died by Suicide as SWAT Closed in on Residence: Sheriff 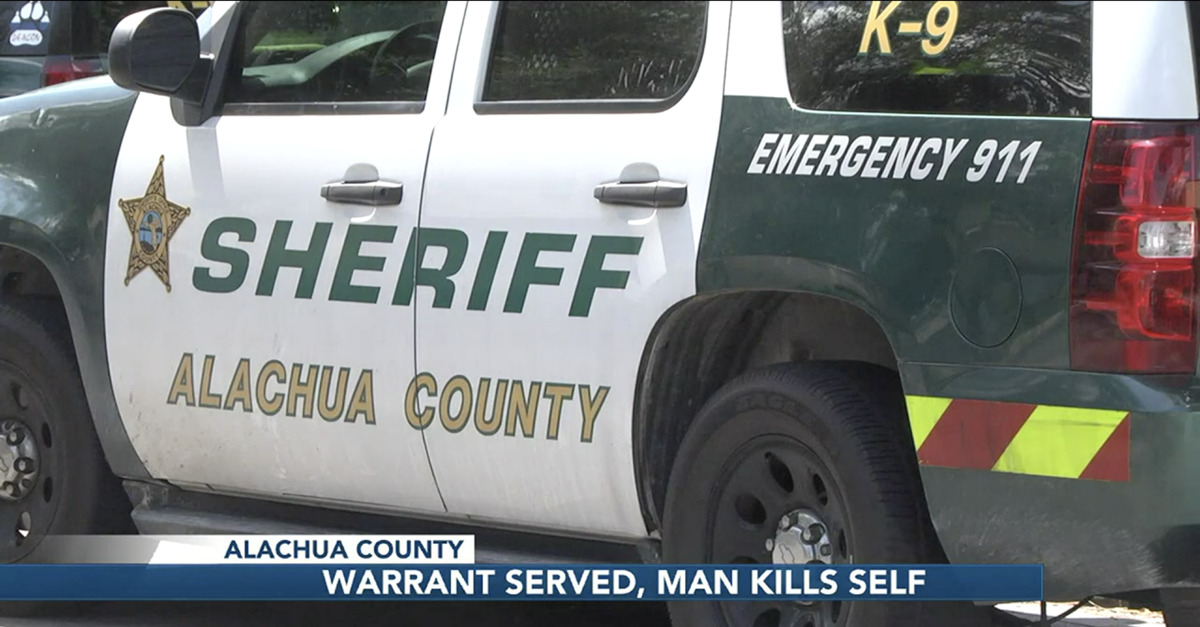 A Florida man allegedly killed himself during a standoff with law enforcement earlier this month after being served a warrant on child abuse and neglect charges. But the case is still an active criminal investigation, authorities say, in documents obtained by Law&Crime.

According to the Alachua County Sheriff’s Office, Ramon Alex Tocabens, 58, shot himself during the mid-morning hours on Dec. 17 at the Oaks Condominiums on West Newberry Road in Gainesville, Fla.

According to local ABC affiliate WCJB, deputies “say they heard a gunshot” and then then a SWAT team responded to the scene. A robot was allegedly eventually sent inside the deceased man’s apartment where his body was found “with a self-inflicted gunshot wound.”

The incident allegedly occurred around 7:15 a.m.

The outlet reports that roughly 15 minutes after knocking on the door and receiving no response, the tell-tale sound of gunfire occurred. SWAT team members then “breached the door” before allegedly sending in the robot that discovered the suspect dead inside.

No additional details about the alleged suicide are presently publicly accessible in either press reports or by way of official documentation.

An email message from the ACSO’s Records Bureau explains that the scarcity of public information is due to “the ongoing criminal investigation” as well as to maintain the secrecy of “the identity of [the] child abuse [victim] as proscribed” by Florida law.

A separate cover sheet attached to the incident report also notes the two record exceptions and says that “certain portions are confidential and/or exempt from public record release and have been redacted.”

Law&Crime reached out to the sheriff’s office for additional details on the case–after receiving the child neglect and abuse incident report–but no response was forthcoming as of the time of publication.

Records from the Alachua County Circuit Clerk of the Circuit Court indicate that additional information has been filed in the case but most of those documents are not currently publicly accessible.

Assistant State Attorney Ryan Nagel, on behalf of State Attorney Brian S. Kramer, however, filed a procedural document on Monday, Dec. 20. That filing designates an email address for electronic service of all court records in the case in line with Florida judicial rules–another indication the underlying case is still active and progressing.

Law&Crime reached out to that email address for additional information on this case but no response was received.

In early December of this year, Tocabens was charged with a minor public order crime for allegedly contracting without a license. That case was dispensed with a deferred prosecution agreement.