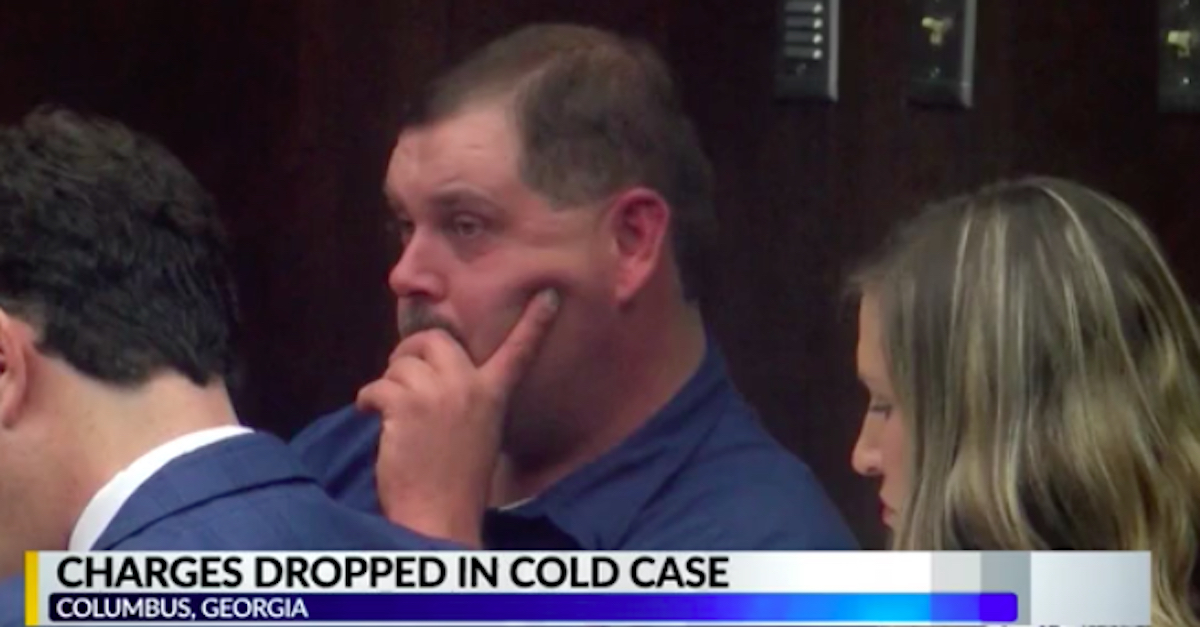 A judge in Georgia this week freed two suspects in a cold case murder from any future prosecution, issuing a scathing rebuke of the state’s apparent reliance on a true crime television series to prolong the judicial process. Superior Court Judge Gil McBride on Wednesday dismissed the charges against Rebecca Haynie and Donald K. Phillips, seven years after they were arrested for the 2004 murder of Haynie’s estranged husband, Kirby Smith.

Prosecutors previously moved to dismiss the current charges against Haynie and Phillips, conceding that the state lacked the evidence to convict them at trial, but they also sought to keep the option of a re-indictment on the table. In a sweeping ruling, Judge McBride wrote that “justice delayed is justice denied”—outright rejecting the state’s request and dismissing the charges against Hayne and Phillips “with prejudice,” meaning the pair cannot be re-charged with Smith’s murder.

“The State has had available vast public resources and ample opportunity to bring this case to trial during the approximately seventeen years that have elapsed since the murder giving rise to these charges and seven years since Defendants were first arrested for this crime,” he wrote in a six-page order.

“The State is not entitled to an infinite number of delays for endless reassessment of evidence that should have been brought before a jury long ago. All concerned in this case are entitled to finality, which the Court aimed to achieve with its Order of October 28, 2021 and will now bring about with this order.”

McBride, who previously held the prosecution in “willful contempt” for its failure to share discovery with the defendants without “satisfactory excuses or explanations,” also took the state to task for pursuing the charges at all, implying it was at least partially due to the suspects being arrested on the true crime show “Cold Justice.”

“It is doubtful Defendants would have ever been charged based on the record of this case in the absence of interest from a California entertainment studio 10 years after the crime was committed,” McBride wrote. “This entertainment studio, which profits from scandalous allegations and has no burden of proof in a court of law, has since refused to cooperate with the court in this case. This order is the outcome that results naturally when forensic inquiry and the pursuit of truth are confused with entertainment.”

The case went through three different district attorneys. The charges were originally brought by Julia Slater, who also made the decision to include the television show, according to Columbus CBS affiliate WRBL. Mark Jones, who earlier this year was indicted on nine felonies for misconduct in office, then upped the charges to capital murder before current acting DA Sheneka Terry moved to dismiss the case without prejudice.

McBride targeted Slater and Jones with his ire, saying Terry and the current team of prosecutors “inherited a case badly compromised by the actions of their predecessors.”

Kirby Smith was 50 years old on the morning of March 8, 2004 when he was found fatally shot in the head and torso at Kirby’s Speed Shop, according to the Ledger-Enquirer. Detectives reportedly believed he was killed the previous night but there was no evidence of forced entry or robbery. Haynie became a potential person of interest because she and Smith were reportedly in the middle of a contentious divorce and Phillips was rumored to be her lover. Prosecutors alleged Phillips shot Smith at the request of Haynie, but arrests weren’t made until “Cold Justice” got involved more than a decade later.