Police Suspect Human Smuggling After Finding More Than 90 People Inside Houston Home. They Fear Some Have COVID-19. 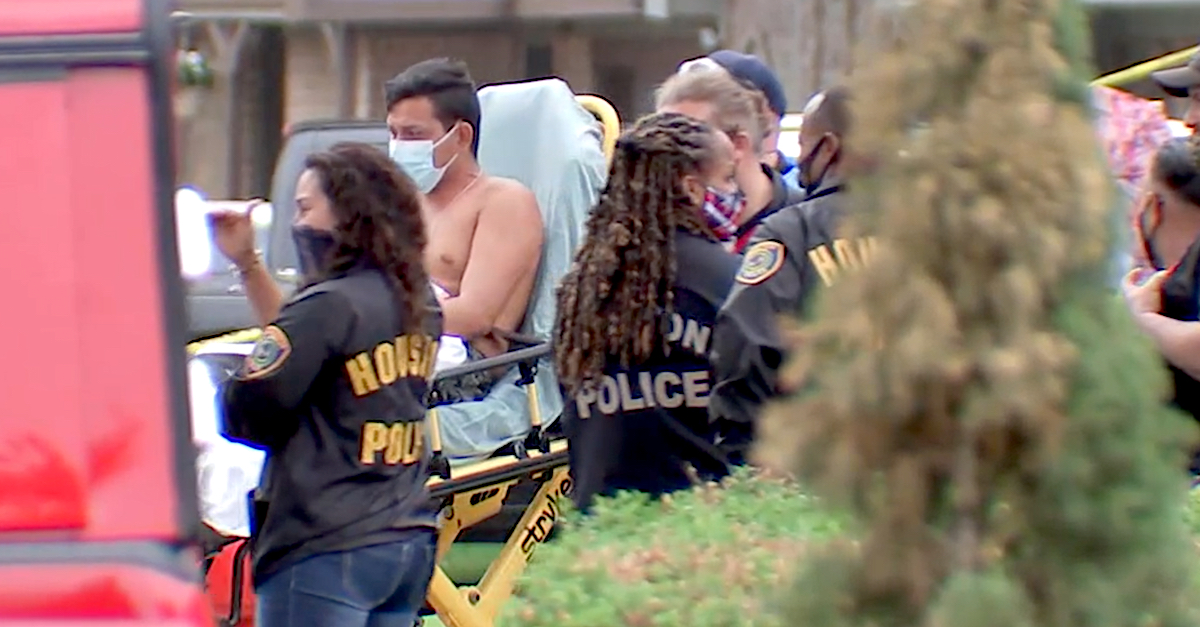 Law enforcement officers in Texas discovered more than 90 people inside a Houston house that investigators currently believe is part of a human smuggling operation.

HPD Commanders and PIO at 12200 Chessington Drive after dozens of persons found inside a residence. Incident initially reported as a kidnapping and may possibly involve human smuggling. Media briefing expected in about an hour. #HouNews pic.twitter.com/uNyKoYy00n

Initial reports are more than 90 people were found. No other info available at this time. #HouNews

Speaking to reporters Friday afternoon, Assistant Chief of Homeland Security Command for the Houston Police Department Daryn Edwards said officers were initially investigating a call received Thursday night about a kidnapping. That investigation led homicide detectives to execute a search warrant on a two-story home on the 12200 block of Chessington Drive that they found packed with 91 people. He also noted that the situation “is definitely more of a smuggling thing and not a trafficking thing,” which he said will be handled by HSI investigators moving forward.

Edwards said that of the 91 people inside the home, about five were women and the rest were men. There were no children found inside the home, with the youngest inhabitant probably being in their “early 20s,” he added.

Edwards said multiple people inside the home appear to have Covid-19.  The individuals discovered have complained of fevers and a recent loss of taste and smell. The Houston Health Department is conducting rapid testing on all 91 people, and Edwards said they may have to remain quarantined.

The people were wearing “basic clothing” and were sitting huddled together in two separate sections of the home. They told police they had not eaten for a while.

Edwards said none of the neighbors reported seeing anything suspicious going on at the address prior to police executing the search warrant.

The home is owned by a family that told reporters that one male was renting the home, but Edwards was not able to provide any additional information.

Watch the full press briefing below.

This is a breaking story.