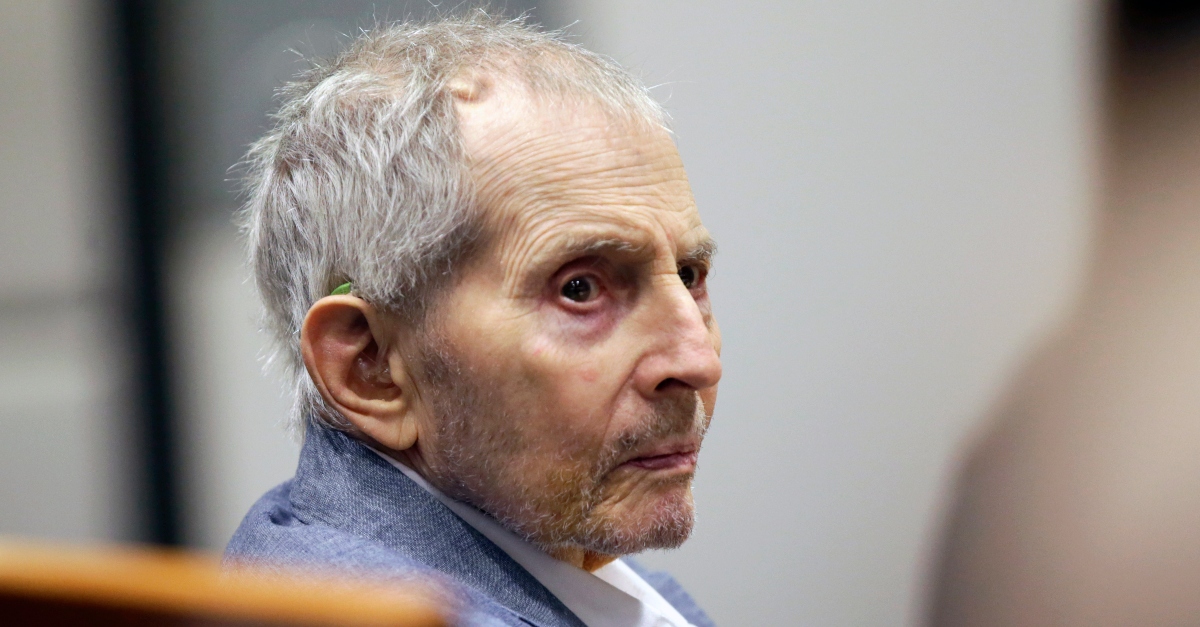 NEW YORK, NY – April 30, 2021 – Law&Crime, the leading live true crime trial network, has been selected by Los Angeles Superior Court to provide video footage from inside the courtroom of the Robert Durst murder trial for all of the national, international and local media covering the high profile trial. Live gavel-to-gavel trial coverage will begin on May 17 on the Law&Crime Network.

The trial was suspended last winter because of COVID-19 precautions, several weeks into what could be a 6-month trial. Jury selection lasted nearly a month, opening statements took four days and jurors heard an additional two days of witness testimony before the pandemic brought proceedings to a halt. Testimony will pick up where it left off after an abridged version of opening statements. Law&Crime will have the only camera in the courtroom for the proceedings.

Robert Durst, heir to a New York real estate empire, is accused of killing his friend Susan Berman in her Los Angeles home in 2000. Prosecutors argue that the murder was an attempt to silence Berman shortly after authorities questioned her about the unsolved 1982 disappearance of Durst’s wife. While Durst has never been charged in that case, he was acquitted of a murder charge in the death of his neighbor Morris Black, whose dismembered body was found in Galveston Bay in 2001.

“We are grateful Judge Mark Windham has recognized the importance of allowing the public to witness these proceedings,” Law&Crime President Rachel Stockman said. “We know especially during pandemic times when citizens can’t always attend in person, public access is crucial. We are honored to be able to provide this public service to the media and the public.”

Also beginning on May 17 on the Law&Crime Network is the controversial Cristhian Rivera murder trial. Rivera, an undocumented immigrant, faces life in prison for the murder of college student Mollie Tibbetts. Tibbetts was reported missing in July 2018, sparking a month-long search for the 20-year-old University of Iowa student. Rivera, who was arrested with the help of home security footage, eventually led authorities to the cornfield where her body was hidden. The case received national attention based, in part, on the fact that the defendant had not been in the country legally.

Viewers can watch the full coverage of both trials on expanded hours of live coverage on Law&Crime from 9:00 a.m – 8:00pm ET each weekday.

From the highest profile cases to the most compelling local trials, Law&Crime is the leading network offering daily live trial coverage and expert legal commentary and analysis. Created by TV’s top legal commentator and attorney, Dan Abrams, and backed by A+E Networks, Law&Crime is dedicated to exploring the always intriguing world of the law while also offering original true crime stories and legal programs to a broad, multi-platform audience.

Law&Crime is available on most major OTT services including Peacock, fuboTV, Sling, Philo, Vidgo, Xfinity, XUMO and TV Plus as well as on basic cable packages in most states in the country. A complete list of ways to watch the Law&Crime Network are listed HERE.