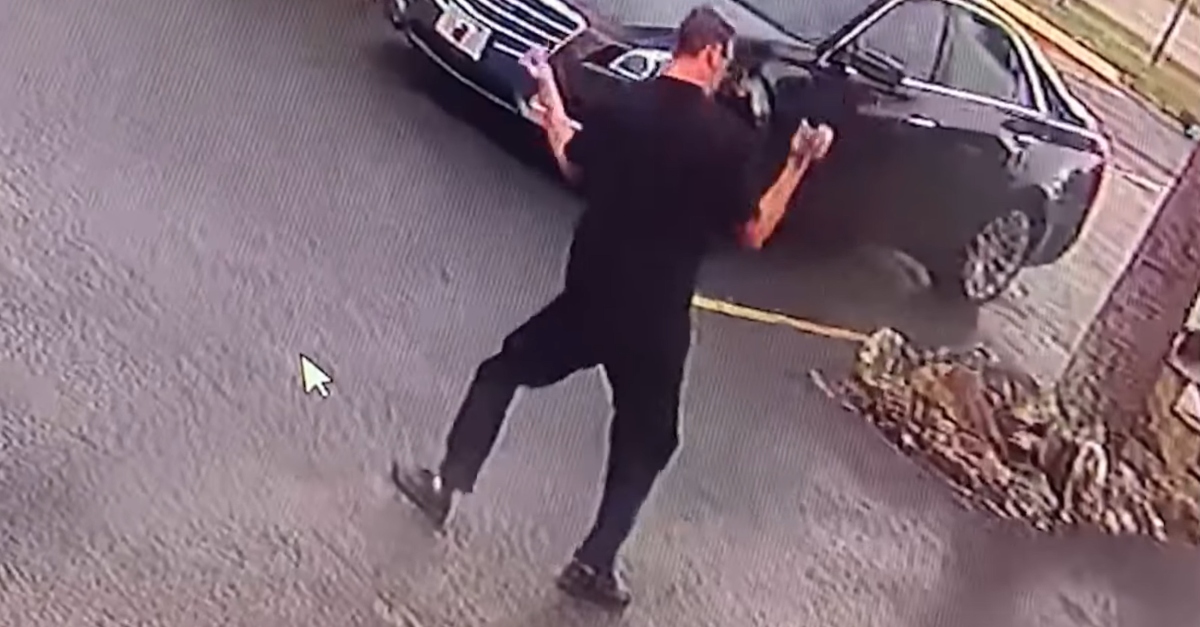 Police in Florida are hoping they’ll soon be able to bust a defendant who busted a move on surveillance video.

Help us locate this freestyling felon who is dancing his way into jail. Check out more on our FB. @WPBF25News @CBS12 @WPTV @FOX29WFLX @TCPalm @TC_Brief pic.twitter.com/FuZLnSsrvO

Suspected in a jewelry theft, Sean M. Gazo, 31, was captured on surveillance video dancing in the parking lot of a pawn shop where authorities claim he broke out into a celebratory boogie after allegedly selling jewelry that he stole. Rolling tape on the little performance on Friday, police in Port St. Lucie sought the public’s help locating Gazo and his suspected co-conspirator Carl M. Jackson, 42.

Police say the duo had been hired as day laborers to move heavy furniture for an 86-year-old in February.

“Shortly after they left, the victim noticed several pieces of jewelry missing worth approximately $10,000,” the department wrote in a Facebook post.

Cops claim Gazo and Jackson pawned the stolen items at a store in Stuart, Florida, which is to the southeast of Port St. Lucie.  (The police used the terms “pawned” and “sold” interchangeably to describe the transaction, though the two are technically separate.)

As seen on video, a bespectacled man identified as Gazo threw his hands in the hair, and bounced from the knees in what might be described as some sort of rhythm outside the shop. Surveillance footage separately recorded a man identified as Jackson, who kept a cooler head on the video. He sported a Detroit Pistons cap and, like Gazo, wore all black. He made no apparent attempt to celebrate as he made his way through the parking lot.

Dancing or not, they both face warrants on multiple counts. Gazo is described as white, standing 6’1,” and weighing 185 pounds. He faces two counts of dealing in stolen property, two counts of false information to pawnbroker, and one count of third-degree grand theft. Jackson is described as Black, standing 5’8″, and weighing 220 pounds. He faces one count each of dealing stolen property, false info to pawnbroker, and third-degree grand theft.

Police are hoping the public will help find both men.