Police Officer Allegedly Walked in on N.C. Mom ‘Actively Stabbing’ Infant Daughter in the Back with a Kitchen Knife 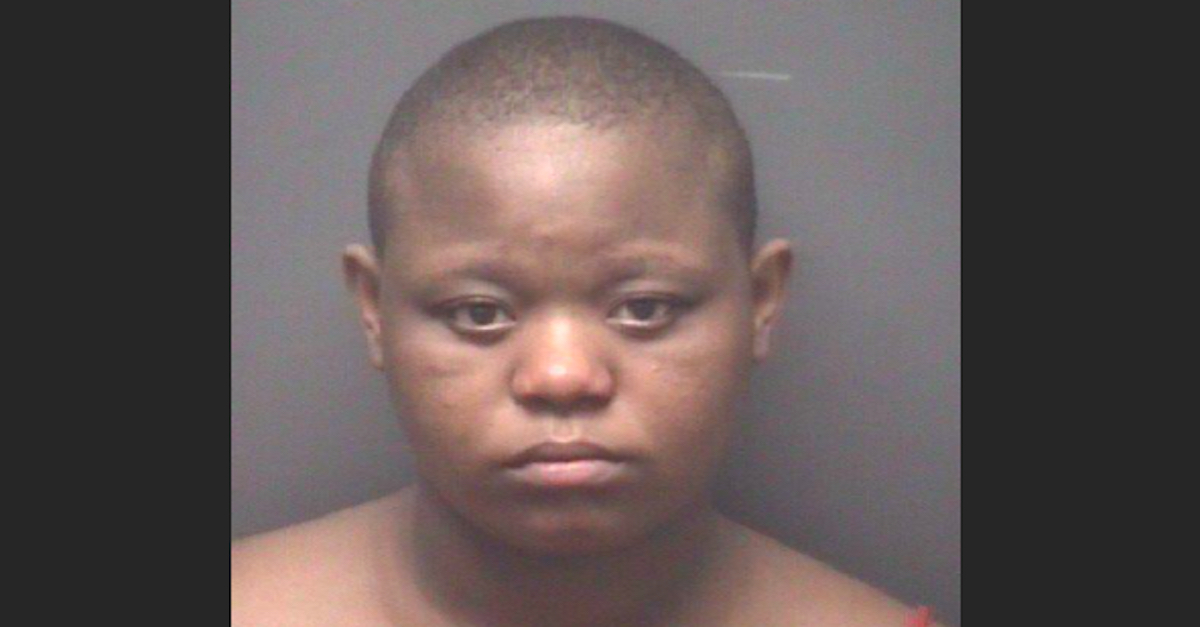 A mother in North Carolina is facing several felony charges after police say an officer witnessed her stab her infant daughter in the back with a kitchen knife during a domestic dispute.

According to a press release from the Greenville North Carolina Police Department, officers were dispatched to a residence located on Taylor Street after receiving a report about a “disturbance” at approximately 1:30 p.m. on Monday.

First responders arrived on the scene shortly after and said they encountered 21-year-old Cierra Dyer, who was allegedly arguing with an unnamed family member. The source of the alleged argument was custody of Dyer’s 1-year-old daughter.

During the argument, one of the officers on the scene said they saw Dyer walk away from the confrontation and into the kitchen.

“An officer followed Dyer to the kitchen of the house and observed her pick up a knife and stab the child in the back,” the release states.

The officer quickly confronted Dyer, who allegedly threw the knife to the kitchen floor. The officer who witnessed the alleged stabbing immediately took Dyer into custody. A second officer who was present secured the child and called for Emergency Medical Services (EMS), police said. The infant was rushed to Vidant Medical Center where her wounds were treated. The medical staff at the facility told police that the young girl is expected to make a full recovery.

The Greenville Police Department initially claimed that the arresting officer watched Dyer grab the knife before stabbing her daughter, but later corrected the statement.

“The previous version of this release erroneously stated the officer observed Dyer pick up the knife,” the department’s revision said. “Dyer was already actively stabbing the child when the officer walked in and confronted her, at which point she dropped the knife.”

Dyer was booked at the Pitt County Detention Center where she is being held on a $1.5 million bond.

Online records show that she was charged with one count of attempted murder in the first-degree and one count of intentional child abuse resulting in serious physical injury, both felonies. The records did not say whether Dyer currently has legal representation. The Pitt County Sheriff’s Office did not immediately respond to an email from Law&Crime seeking additional details about the case and Dyer’s attorney.

Last month, a 22-year-old mother in Michigan was charged with murder after police say she stabbed her 3-year-old daughter to death.

As previously reported by Law&Crime, prosecutors in Iosco County said a witness contacted local police in the early hours of Sept. 17 and reported seeing a human foot sticking out of a trash bag inside the residence of Justine Marie Johnson.

Officers were dispatched to the residence and discovered that the body of a 3-year-old girl was inside of the garbage bag. Prosecutors say the child had “suffered multiple stab wounds to her torso.”