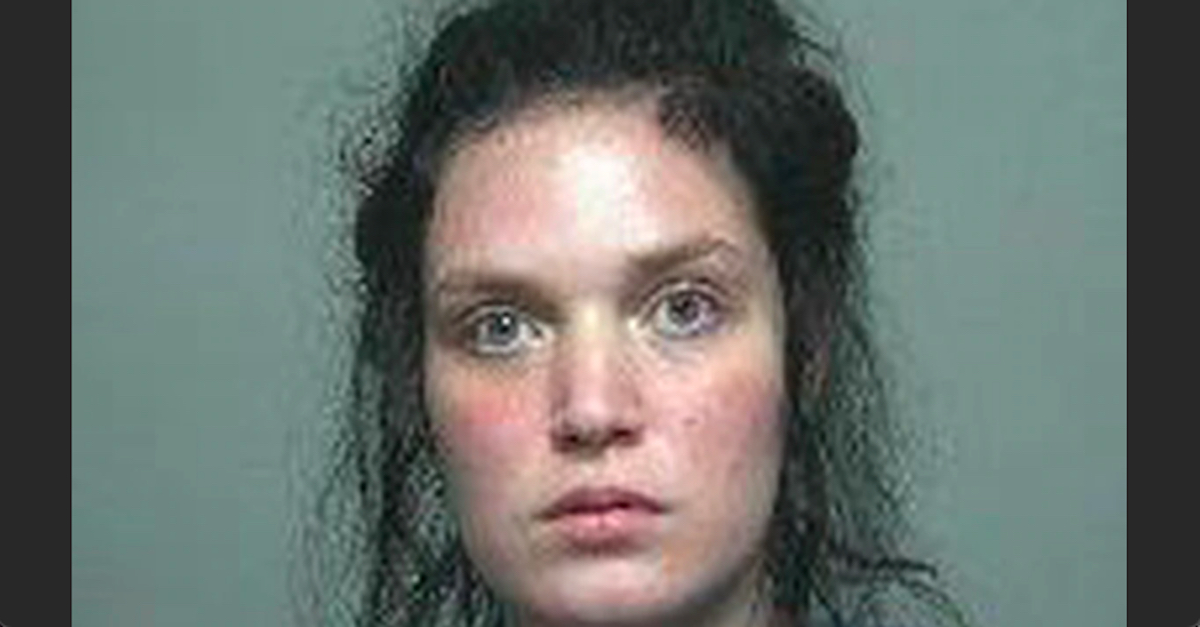 A Michigan mother, 22, is facing murder charges after her 3-year-old daughter was found stabbed to death and stuffed inside of a garbage bag inside her home.

Iosco County Prosecutor James A. Bacarella charged Justine Marie Johnson with one count of felony murder and one count of first-degree child abuse, both of which carry maximum sentences of life in prison.

According to a press release from Bacarella’s office, a person called the Osconda Township Police Department early on Friday, Sept. 17, to report having seen a human foot sticking out of “a trash bag inside the residence,” located on Cedar Lake Road. Officers were dispatched to the residence and discovered that the body of a 3-year-old girl was inside of the garbage bag. Prosecutors say the child had “suffered multiple stab wounds to her torso,” which police believe to be the cause of death. A report from a county medical examiner is still pending.

A police affidavit obtained by local ABC affiliate WJRT indicates that one of Johnson’s brothers had asked her about the whereabouts of her daughter on Thursday—the day before the child’s body was found. Johnson reportedly told her brother that he should “mind his business.”

Johnson’s brother was in the suspect’s home early Friday morning when he came across a black garbage bag with a child’s foot sticking out of it. He immediately called 911. The call was placed at approximately 4 a.m.

Per the report, when officers were dispatched to Johnson’s residence, the suspect was not at home. After conducting a search, police reportedly found her four and a half hours later, at approximately 8:30 a.m., walking on railroad tracks in the township. Officers reportedly took Johnson into custody and asked her several questions concerning the body of her deceased daughter. She reportedly responded by telling police that she did not want to discuss the topic.

Martin Gayeski, the owner of a laundromat located across the street from Johnson’s residence, told WJRT that it was “a shock” to learn about the allegations being levied against Johnson.

“I’ve been here a long time and this is the first time I heard of something like this since the 70s,” Gayeski said. He also told the station that detectives had asked him to provide copies of his security camera footage for their investigation.

“She was a customer here. I knew who she was. It shocked me because she didn’t seem to be that kind of a person,” Gayeski said. “It’s unusual to have something like this in a town like this. This is a close knit community.”

Johnson was arraigned Monday at the 81st District Court, where she entered a plea of not guilty to both charges against her. She is currently being held at the Iosco County Jail without bond. She is scheduled to appear before a judge for a probable cause hearing in the case on Sept. 29.

Johnson is the only person charged in the death of her daughter.

The county prosecutor’s office thanked the Oscoda Township Police Department and the Michigan State Police Forensic lab for their work in the investigation.