Oklahoma Man Allegedly Admitted to Drowning Four Newborn Puppies in Creek: ‘I Thought Something Would Just Eat Them’ 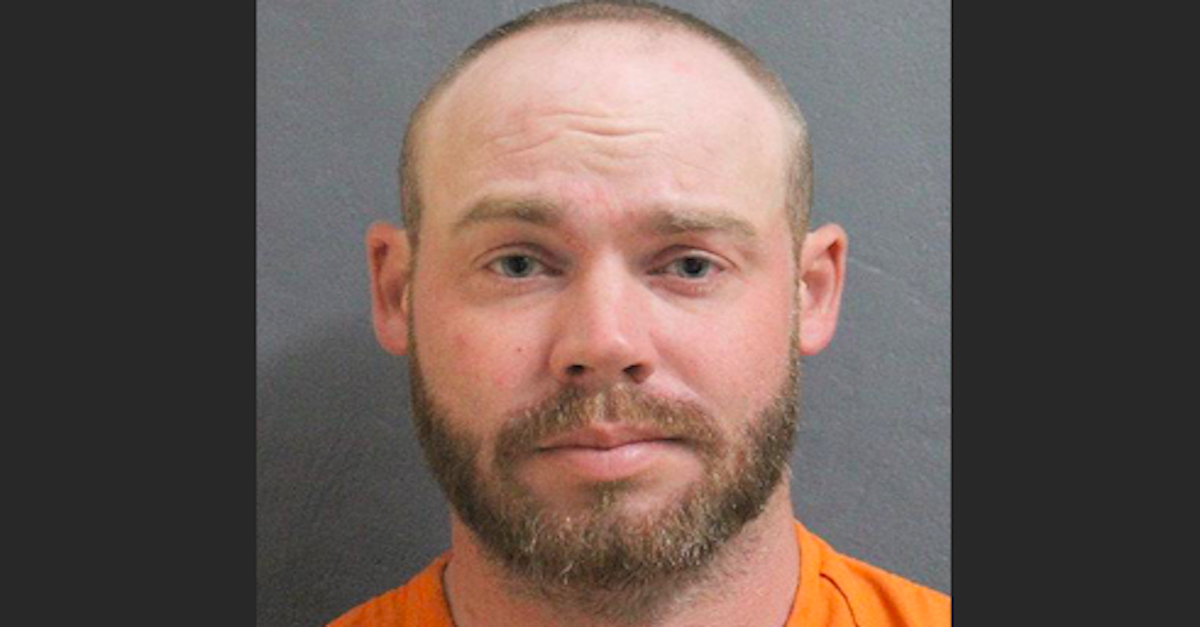 A man in Oklahoma was arrested after law enforcement authorities say he admitted to drowning a litter of puppies in a local creek. Denver K. Cooper, 32, is facing one felony count of cruelty to animals for allegedly killing four puppies belonging to him in September 2020, court records show.

According to a probable cause affidavit filed in Delaware County District Court, a married couple was walking along the bank of the Cave Springs Branch creek on Sept. 20, 2020 at approximately 1:41 p.m. when they came across a cardboard box. Inside the box they made a grisly discovery, as it contained three deceased puppies. A fourth deceased puppy was later found on a nearby stretch of the creek bank. The couple called 911, and deputies with the Delaware County Sheriff’s Office responded to the scene.

Deputies photographed the puppies and noted that the animals and the box were soaking wet. Deputies were unable to obtain fingerprints from the box. They were also unable to identify the breed of the animals, but they noted that two of the animals were black and two were tan. With assistance from the Ottawa County Sheriff’s Office, investigators sent the remains of one of the puppies to a lab in Tulsa where an autopsy was performed.

Following a subsequent investigation, Cooper became a person of interest in the case. Two DCSO deputies conducted a non-custodial interview with Cooper on the afternoon of Oct. 20, 2020. Per the affidavit, Cooper admitted that he owned the puppies but claimed that “they were stillborn.” He also allegedly said he discarded the animals’ remains in the creek.

During a second interview with deputies on Nov. 2, 2020, Cooper waived his Miranda rights and again claimed that the puppies were stillborn, per the affidavit. However, one of the deputies then informed Cooper that an autopsy report showed that all four puppies had “milk in their stomachs and were also infested with fleas.”

“Cooper then admitted getting rid of the puppies and throwing them in to the creek while they were alive,” the affidavit states.

When asked why he would do such a thing, Cooper reportedly responded, “I thought something would just eat them.”

Cooper was arrested a year later on Oct. 18, 2021, and was released two days later after posting bond of $10,000, according to court records.

Cooper appeared before Special Judge Nick Lelecas in Delaware County District Court for a preliminary hearing on Friday. During the proceeding, his attorney, Scott Goode, told the court that he plans to file a motion in an effort to have the case transferred to the jurisdiction of the Cherokee Nation based on the U.S. Supreme Court’s ruling in McGirt v. Oklahoma., Wichita NBC affiliate KSNW reported.

In McGirt, the Supreme Court ruled that significant portions of the eastern half of Oklahoma are — and have been for nearly two centuries — a Native American reservation and that the state does not have jurisdiction to prosecute crimes on Native American land. Goode reportedly contended that Cooper is a citizen of the Cherokee Tribe and that the alleged wrongdoing occurred on land inside the Cherokee Nation Reservation.

The case against Cooper is being prosecuted by Assistant District Attorney David T. Ball.