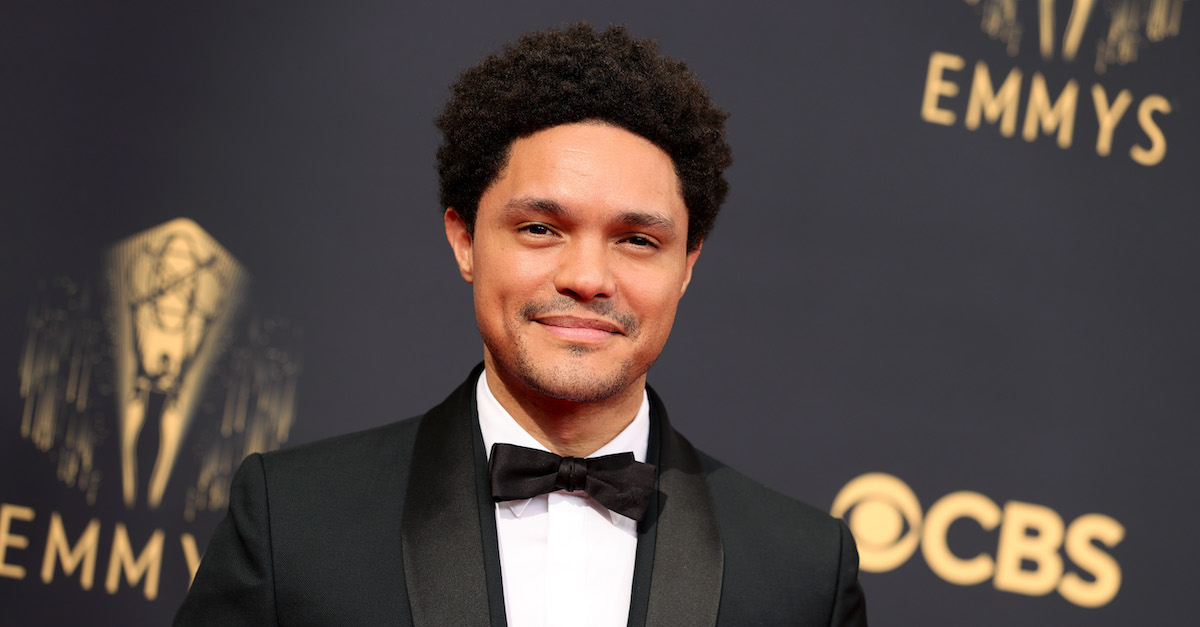 A New York City hospital on Thursday fired back at a lawsuit against the facility and one of its top doctors by popular comedian and “Daily Show” host Trevor C. Noah.  Along with a litany of denials, a law firm representing the doctor and the hospital have demanded Noah’s deposition in early February.

Noah’s lawsuit, which was first reported by Law&Crime on Dec. 9, 2021, accuses the prestigious Hospital for Special Surgery and Dr. Riley J. Williams III, an orthopedic surgeon, of rendering care “in a negligent and careless manner.”  It also alleges that the defendants “failed to inform” Noah “of the risks, hazards and alternatives to the treatment and medical care” he was receiving — or, in other words, the hospital allegedly failed to obtain informed consent.  Furthermore, the lawsuit claims the hospital “failed to investigate the qualifications, competence, capacity, abilities and capabilities of” its “doctors, nurses and other employees.”

The hospital immediately said Noah’s lawsuit was “meritless” in a December statement to Law&Crime. The hospital and Dr. Williams backed up that assertion in court filings this week. Both defendants — the doctor and the institution — are represented by Heidell, Pittoni, Murphy & Bach, LLP.

Other than admitting a few mundane matters (such as the hospital’s address, its corporate status, and that Dr. Williams is associated with the facility), the hospital in a Thursday court filing denied almost all of Noah’s factual and legal accusations.  The hospital said it was without sufficient information to respond to a few of the remaining assertions by Noah.  Such responses and those that followed are standard replies in the early stages of civil litigation.

The closest the response — which is technically called a “verified answer” under New York State civil practice law — comes to the merits of the matter is the following missive:  “the answering defendant [the hospital] and RILEY J. WILLIAMS III, M.D. rendered certain professional services to and for TREVOR C. NOAH in accordance with accepted standards of medical care, and otherwise begs leave to refer all questions of law to the court and all questions of fact to the trier thereof.”

The verified answer also suggests that the harms which allegedly befell Noah might be his own fault — at least somewhat.

That answer thus sought to invoke New York’s so-called “pure comparative negligence” law.  In New York, tortfeasors are responsible for the percentages of damages or harms they are deemed to have legally caused — even if the tortfeasors are only 1% at fault and the plaintiffs are 99% at fault for what occurred.  (Some other states allow defendants to completely avoid paying damages if plaintiffs are half or mostly at fault.)

Elsewhere, the answer suggests that Noah may have “failed to mitigate his alleged damages.”  Further on, it says any “alleged damages” sought by Noah must be offset by “any collateral source benefits, remuneration or compensation received.”  (Under New York law, plaintiffs are sometimes prevented from obtaining a double payment for harms suffered; for instance, plaintiffs cannot recover certain insurance or disability payments and then recover the same sum of money from a defendant in court.  Any lawsuit victory is therefore reduced by the value of a defendant’s qualifying insurance payouts.  Certain types of payments, however, do not trigger New York’s “collateral source” rule and can result in multiple payouts to a harmed defendant or to the defendant’s estate.)

The hospital defendant also went on to invoke as a protective shield the defenses afforded by New York Public Health Law for the “alleged failure to obtain an informed consent” for Noah’s procedures.  Additionally, the defendant hospital asserted that it was “not properly served with a copy of the summons and complaint.”

The document later asserts that Noah’s “action is barred or defendant is entitled to a set-off against any award herein as plaintiff has previously recovered sums for all or part of the damages claimed herein.”  The assertion provides no details about what compensation — if any — may have changed hands already.

In a separate document, the defendants’ law firm demanded Noah’s deposition on Feb. 8, 2022.

“That said party [Noah] is to be examined on all evidence material and necessary in the defense of this action,” the deposition notice states.

The defendants also filed a collective series of 71 pages of questions and other queries aimed at Noah to ascertain the details his alleged ailments.

Noah’s lawsuit was short on specific facts and long on accusations when it was filed late last year.  It alleged that a Nov. 23, 2020 surgery had been botched in some manner — but it did not say precisely how or why.  It further said Noah had been a patient of the defendants between Aug. 25, 2020, and Dec. 17, 2020.

In its closest possible disclosure of the specifics of the action, the original lawsuit alleged that the defendants failed “to prescribe proper medications,” failed to “discontinue certain prescription medications,” and failed “to use proper tests and examinations in order to diagnose the conditions from which” Noah “was suffering.”

Trevor Noah’s signature appears at the tail end of his Nov. 2021 lawsuit.

According to the lawsuit, Noah “sustained severe and painful personal injuries; sustained severe nervous shock, mental anguish, severe emotional distress and great physical pain; was confined to bed and home for a long period of time; was compelled to undergo hospital and medical aid, treatment and attention; has suffered loss of enjoyment of life; was prevented from engaging in his usual occupation for a long period of time; and since some of his injuries are of a permanent nature, he will continue to suffer similar damages in the future.”

“My client and I have decided to not comment on the pending litigation at this point in time,” Blitz said in an email to Law&Crime shortly after the case was filed.