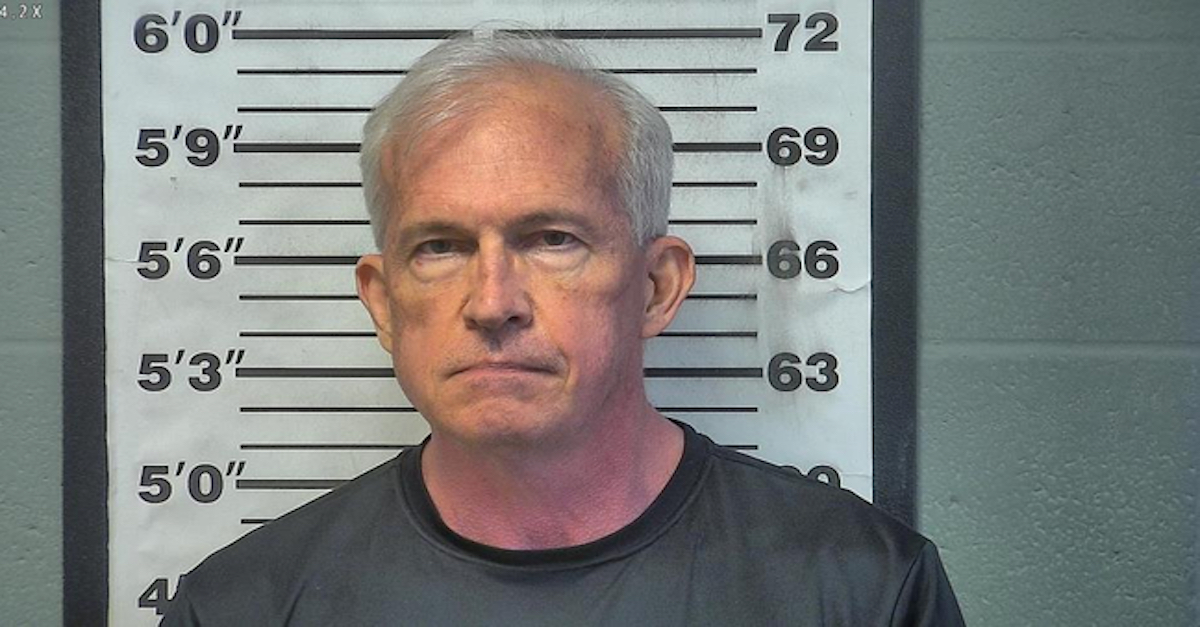 A former professor at the University of Oklahoma is facing more than 100 criminal charges after police say he used hidden cameras to secretly film a 14-year-old girl in her bedroom. Allan F. Wiechmann, who previously taught at the university’s Health Sciences Center, was charged with 131 crimes, including 37 counts of indecent or lewd acts with a child and 72 counts of manufacturing child pornography, court records indicate.

According to a police affidavit obtained by multiple area television stations, a woman contacted the Oklahoma Department of Human Services (DHS) earlier this year and told an investigator that she found multiple hidden cameras installed throughout her home, including in her daughter’s bedroom.

Per the report, she told the investigator that Wiechmann claimed the cameras were for “security” purposes. The DHS investigator contacted the Edmond Police Department on March 8 and filed a sex offense report against Wiechmann.

Police reportedly contacted the complaining mother a few days after the DHS investigator’s report. During that conversation, the mother reportedly told a detective that she spotted hidden camera photographs on the defendant’s phone. By looking at the photos, she was reportedly able to pinpoint the location of the camera as being above the bedroom doorways in her 14-year-old daughter’s room. When she went to investigate the location, she told detectives that it appeared to be covered with fresh spackling compound. Per Oklahoma City FOX affiliate KOKH, investigators went to the house in question on March 10 to investigate the claims.

When police spoke to Wiechmann, he allegedly admitted that he had in fact placed a hidden camera in the teen’s room. He also reportedly said he was interested in “voyeurism” and warned investigators that they would likely find his cell phone’s internet search history to be “odd or disturbing.”

“He went on to explain he searches for pornography based on his fantasies,” a detective reportedly wrote.  “I asked him what [that] entailed and he stated he likes to watch voyeurism scenarios of women in dressing rooms or bedrooms.”

Wiechmann was arrested in March and initially charged with 20 counts of indecent or lewd acts with a child under 16. Subsequent investigation led to more than 100 additional charges.

KOKH reported that in the months after Wiechmann was first charged, officers with the Oklahoma City Police Department contacted the Edmond, Okla. Police Department concerning two desktop computers and two external hard drives Wiechmann used during his tenure at the University of Oklahoma. An examination of those devices revealed additional illicit content and led to more charges being filed against Wiechmann — with the total number eventually reaching 131 counts.

Per KOKH, the first 12 counts concern Wiechmann allegedly installing the hidden camera in the teen’s room. Counts 13-20 allege that Wiechmann sexually assaulted a girl beginning when she was six until she was ten years old. Counts 21-44 allege that Wichmann used a hidden camera to record an underage teen sleeping naked. Other counts allege that Wiechmann used a fake smoke detector to record a teen sitting on a couch naked and standing in a room naked; he then allegedly used photo editing software to create still images of the girl.

Wiechmann is next scheduled to appear in court on Jan. 13.