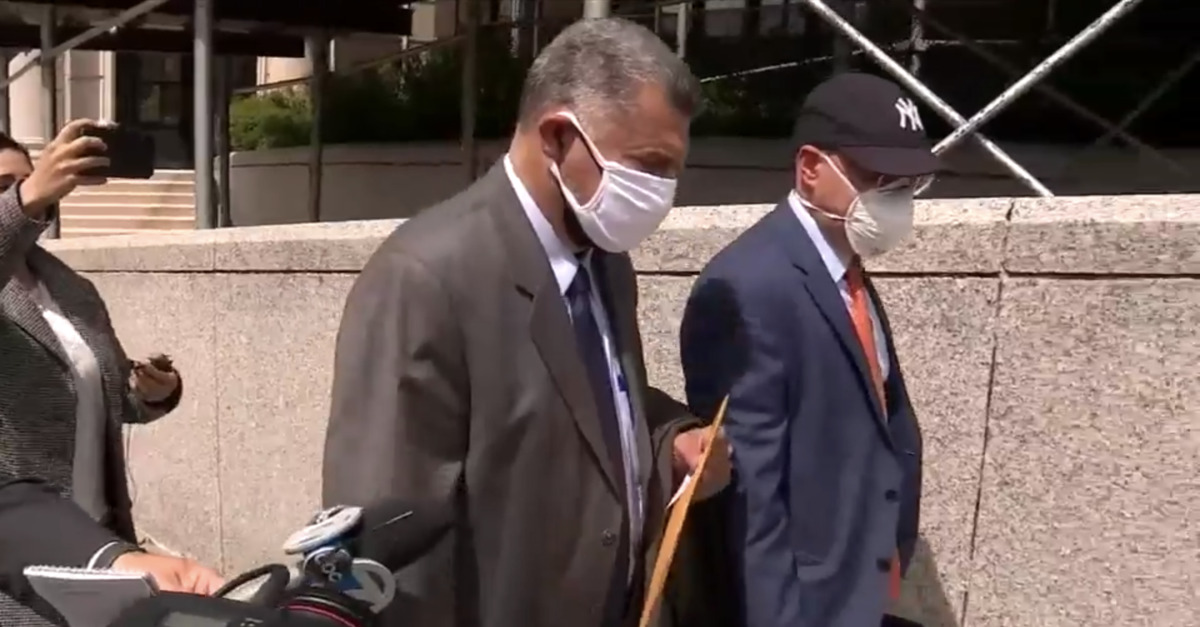 A New York City cop turned attorney was sentenced to a lengthy prison term this week after stealing his friend’s $1 million award from the 9/11 Victim Compensation Fund (VCF).

Gustavo Vila, 62, previously served as a lieutenant with the NYPD before he retired and tried his hand at the law. Last year, he pleaded guilty to one count of theft of government funds, a federal crime.

After weeks spent sifting through the rubble at Ground Zero after the terrorist attacks of September 11, 2001, Ferreyra, like many others, was diagnosed with cancer, specifically non-Hodgkin’s’ lymphoma.

And, again like many others, after struggling and pleading his case with the slow-moving wheels of government redress–and over 15 years after the terrorist attacks–the VCF awarded Ferreyra just over $1 million for the life-threatening illnesses he suffered due to his rescue and recovery efforts in lower Manhattan.

That September 2016 award was disbursed to Vila one month later–on account of the trusted former cop serving as the sick man’s lawyer. Unbeknownst to Ferreyra at the time of that transfer, however, Vila had been disbarred the year before after being found guilty of stealing from another client in a New York State court.

Still holding himself out as an attorney, Vila accepted the funds on Ferreyra’s behalf and pocketed some $900,000 worth of the award–he handed over $100,000 to the cancer survivor. He told his disappointed friend and client that the VCF had only released ten percent of the award total and they would have to wait.

Vila maintained the charade for the next several years–and ultimately spent every cent of the award as he lied.

“Vila stole the remaining 90 percent of the award – approximately $927,559.84 – and used those funds for his own personal benefit, including to pay his own taxes and personal loans,” a press release from the Southern District of New York notes. “Over the next three-plus years, Vila continued to lie to [Ferreyra], repeatedly telling [him] and his family that the VCF had not yet released the full amount of the award, when in fact, the entire award had been released for [Ferreyra’s] benefit in October 2016.”

The theft was eventually found out and pro bono attorney Michael Barasch alerted the authorities.

“Gustavo Vila stole money awarded by the 9/11 Victim Compensation Fund to his client, an NYPD officer and 9/11 first responder,” U.S. Attorney for the Southern District of New York Audrey Strauss said. “Further, Vila lied to his client for more than three years, telling him that the stolen money had yet to be released by the Fund. Now Gustavo Vila has been sentenced to prison for his betrayal.”

Vila has been sentenced to 51 months in prison.

Ferreyra, for all his hardship, was later granted a compensation payment of $400,000 from the Lawyers Fund for Client Protection, which is a pool of money drawn from a mandatory fee imposed on all Empire State attorneys, according to local ABC affiliate WABC.