NXIVM Cult Guru Keith Raniere’s Ex-Top Aide Ducks Prison Time Because of ‘Extraordinary’ Help to Prosecutors, Including Against Her Mother 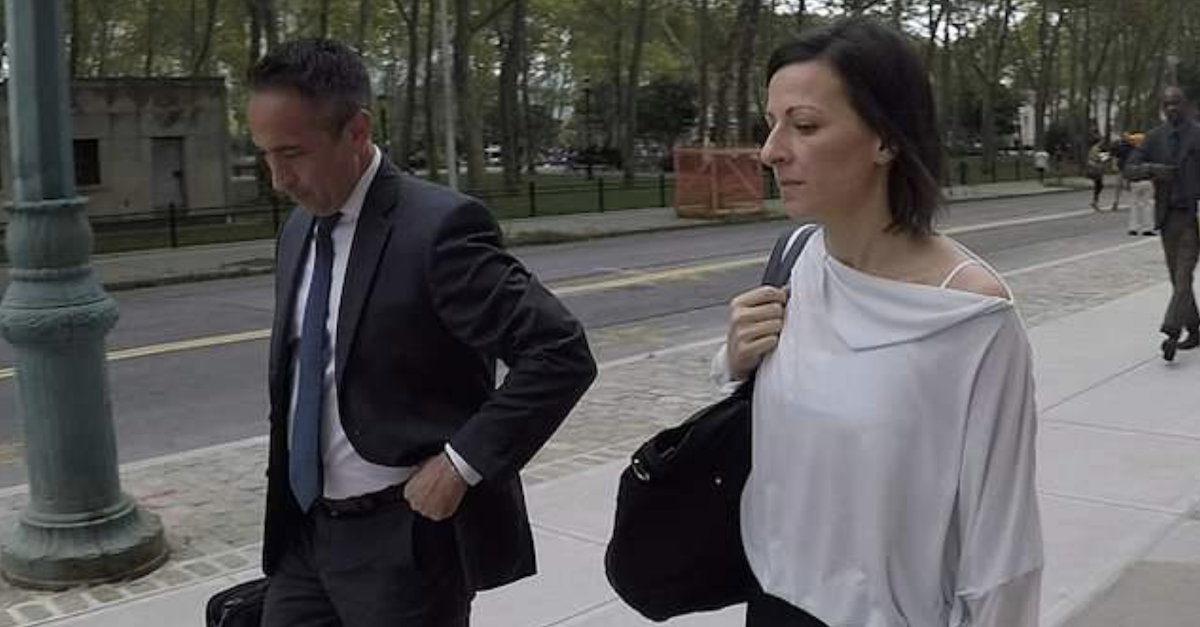 One of the most prominent abusers in the NVIXM cult dodged prison time because she cooperated with federal authorities. Lauren Salzman, who testified against organization founder Keith Raniere and provided information on close friends and family members, got five years of probation, 300 hours of community service, and forfeiture, prosecutors announced.

In March 2019, Salzman—a first-line “master” in DOS, a so-called sororiety of Raniere’s “slaves”—pleaded guilty to racketeering and racketeering conspiracy.

“As set forth more fully below, Lauren Salzman provided the government with detailed information regarding the criminal activities of her co-defendant Keith Raniere and his co-conspirators, including significant information regarding DOS, the secret organization led by Raniere,” prosecutors wrote the July 16 sentencing memorandum. “She provided credible, detailed testimony at Raniere’s trial before this Court in May and June 2019. The extent of Lauren Salzman’s cooperation and the significance of her assistance to the government were extraordinary.”

Authorities also suggested her cooperation was a key factor in other co-defendants pleading guilty in their cases. She could could have given racketeering testimony against actress Mack, Seagram’s heiress Clare Bronfman, and the cult’s accountant Kathy Russell, who each pleaded guilty after she did, prosecutors said.

“She met with the government on dozens of occasions, both in proffers and in preparation for trial testimony, and answered all the government’s questions, including questions about crimes she committed, as well as criminal activity engaged in by her close friends and family members, including her mother,” the sentencing memo states.

Salzman, the daughter of NXIVM co-founder Nancy Salzman, admitted on the stand to playing a major role in the abusive organization, which controlled the lives of female members. Raniere was sentenced last year to life. The jury agreed with prosecutors that the ostensible self-help group was a front for Raniere to sexually dominate women. Supported by an inner circle of female members such as Salzman, Raniere had victims branded, micromanaged their diets and weight, and extorted them. Charges against him included child pornography and forced labor.

The sentencing memo also details Lauren Salzman’s activities as a DOS “master,” where prosecutors describe her work recruiting women into there as “slaves.” The “slaves” were threatened with collateral leveraged against them, and were coerced into force labor, as recounted in a recent forfeiture ruling against Raniere. From March 2010 to April 2012, she, Raniere and others trafficked a woman identified as Daniela. They confined her to a room for almost two years while withholding her birth certificate and threatening to send her back to Mexico.

From the sentencing memo [citations removed]:

At Raniere’s instruction, Lauren Salzman threatened Daniela that if Daniela left the room, she would be sent to Mexico without any identification documents. … Daniela was confined to the room for nearly two years, during which she went months without human contact. … Lauren Salzman reported to Raniere regarding Daniela’s “progress,” but Raniere frequently told Salzman that Daniela was “game-playing” and manipulating Salzman and needed to stay in the room longer. … (Salzman’s testimony). Raniere forbade Salzman from telling Daniela anything or giving her any information “about what was going on, on the outside with anybody.” … At one point, when Daniela cut off her hair, Raniere instructed Lauren Salzman to tell Daniela that Daniela would have to stay in the room until her hair grew back, which Salzman did. … In approximately February 2012, after considering suicide, Daniela left the room. … Daniela was then driven to Mexico at Raniere’s direction and was told that unless she completed book reports for Raniere, she would not receive her birth certificate.

In late June, a tearful Mack apologized to her victims before Judge Garaufis dealt her a three-year sentence. Like Salzman, Mack cooperated with prosecutors before Raniere’s trial. The government revealed that she provided a tape that they called instrumental to Raniere’s prosecution. Though the federal sentencing guidelines called for a significantly higher sentence, the judge described Mack as both a victim and a perpetrator within the NXIVM cult.

Borrowing the group’s parlance, Garaufis called Mack “both a slave and a master.”

You can read the sentencing memo here:

[Screenshot via a Daily Mail video]