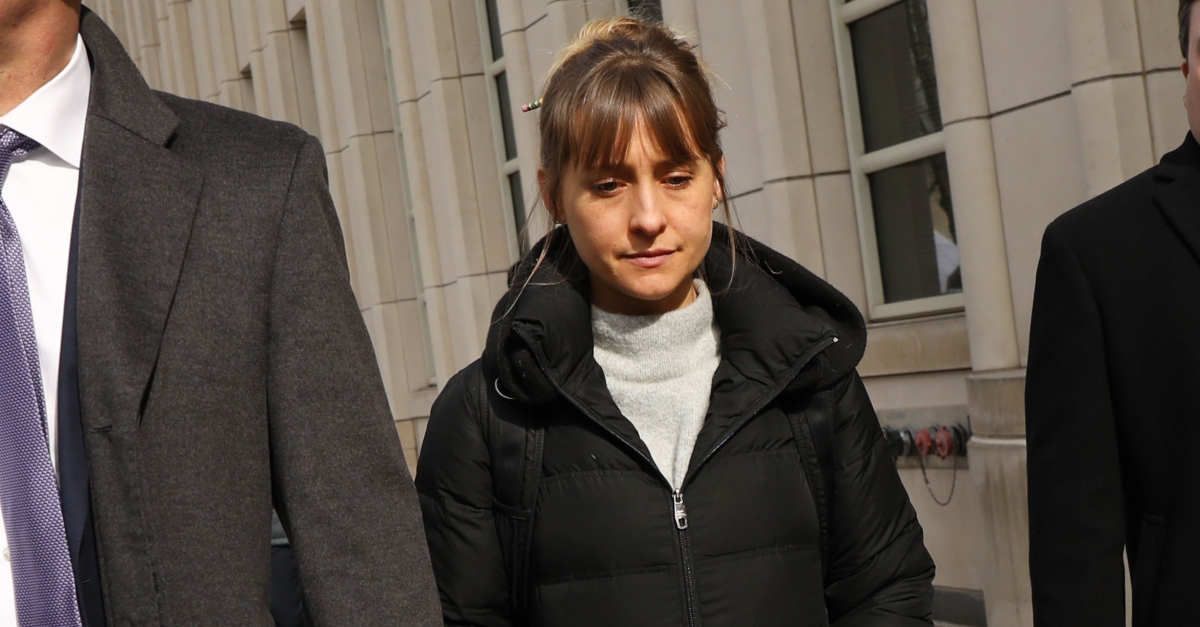 When Smallville actress Allison Mack pleaded guilty in April, she confessed to being “misguided” for participating in the alleged sex cult known as NXIVM. That didn’t stop a witness from making ugly allegations against Mack recently in the ongoing federal trial of group founder Keith Raniere.

While Mack only admitted to racketeering and racketeering conspiracy, prosecutors said she participated in the systematic sexual abuse of women who joined NXIVM. This unadjudicated claim was reinforced by testimony on Friday from an ex-NXIVM member identified only as “Nicole.”

Nicole testified that she was friends with India Oxenberg, the daughter of Dynasty actress Catherine Oxenberg, according to The New York Post. Mack allegedly pushed India onto a yearlong, forced 500-calorie-a-day diet with the goal being 107 pounds.

Nicole testified to being in a master-slave relationship with Mack, saying that she was branded as part of this process. The Smallville actress made her pose for routine naked group photos that were sent to Raniere, she said.

“This was supposed to be a woman’s empowerment group,” she said, sobbing. “How is it empowering to make us take off our clothes to send photos to a man?”

At the end of the day, this is not Mack’s trial. Nonetheless, Nicole’s testimony about her touched upon a recurring a theme in testimony: Raniere allegedly manipulated women he surrounded himself with to lose weight; this desire manifested itself in obsessive, controlling ways.

Another woman, identified as Daniela, previously said Raniere installed a camera facing the refrigerator in a home where he lived with three other women. She said he would oink when he saw them go to the fridge and told them that “fat” women disrupted his “energy.” Daniela claimed that Raniere went so far as to demand that she weigh 155 pounds — so they could have sex when she turned 18. Raniere also allegedly suggested after she had an abortion that “it was a great opportunity lose weight and get fit,” adding that Olympic athletes got pregnant to have abortions as part of their training.