NXIVM Sex Cult Leader Keith Raniere Must Pay Millions in Restitution, ‘Past or Future’ Surgery Expenses for Women Branded as His ‘Slaves’ 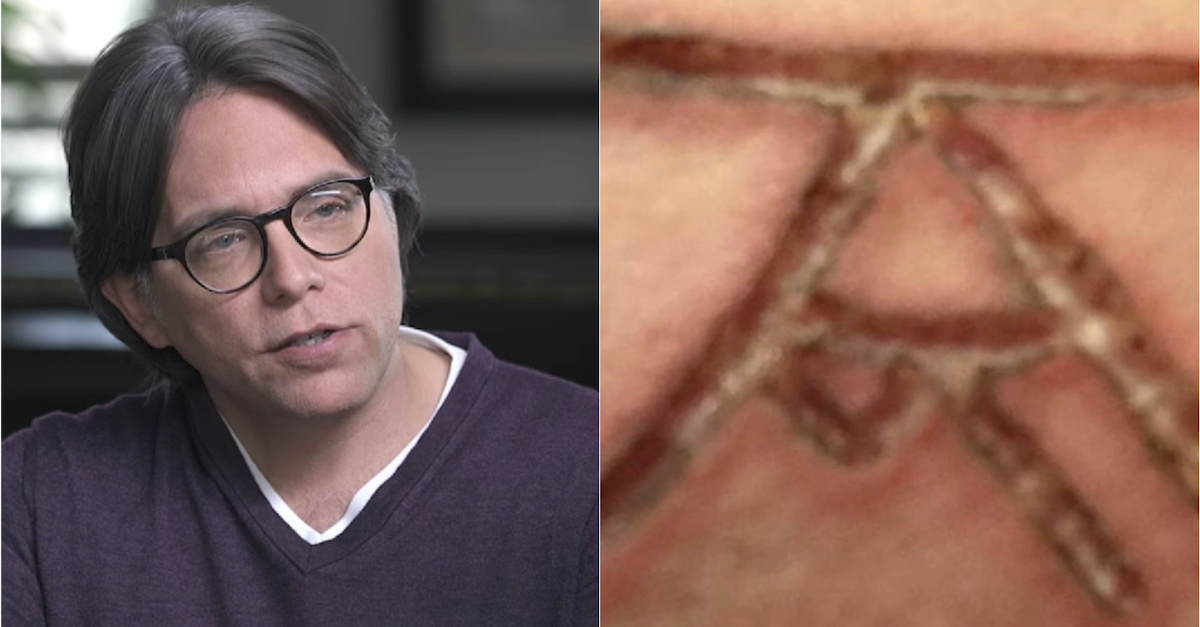 NXIVM sex cult leader Keith Raniere must pay roughly $3.46 million in restitution to 21 trafficking victims, including “past or future” surgery expenses for women branded as his “slaves” to remove their tattoos of scorched flesh, a federal judge ruled.

U.S. District Judge Nicholas Garaufis explained the basis for his calculations in an 18-page sentencing statement and order filed Tuesday and entered Wednesday, which focused on NXIVM’s so-called sorority of slaves: DOS.

Short for “Dominus Obsequious Sororium,” DOS was an enclave within NXIVM of women branded with a logo bearing Raniere’s initials and marking them as his slaves. The DOS logo also contained the initials of another notorious member: former Smallville actress Allison Mack, who recently received a three-year sentence for her role as a NXIVM “master.”

Before Mack’s sentencing, prosecutors revealed that the disgraced TV celebrity shared a tape with prosecutors shortly before Raniere’s trial showing the inner workings of the branding ritual.

Prosecutors called that tape crucial to Raniere’s prosecution, and it showed the two appearing to brainstorm the initiation ritual into DOS.

At Mack’s sentencing hearing, Judge Garaufis noted that the women did not know they were being branded with Raniere’s initials in their pubic area.

“When it came to DOS and the monstrous crimes he committed in that organization, you were an essential accomplice,” Judge Garaufis told Mack in late June, before giving her a lenient sentence in light of her cooperation.

Jessica Joan, who delivered a fiery victim impact statement during Mack’s sentencing, described herself in court as one of the “lucky” ones—in that she was not among the women “branded like cattle.”

The jury heard that DOS members were kept quiet by being induced to furnish “collateral,” usually in the form of sexually explicit photographs as a condition of their membership.

“Responsive to the Demands of Their Masters”

Judge Garaufis’s restitution award gives some of the victims the opportunity to surgically remove the vestiges of their pasts.

“First, the court awards restitution for medical expenses proximately caused by victims’ membership in DOS, including up to $2,500 for past or future surgery to remove the DOS brand and reimbursement for additional costs related to such surgery,” the order states.

Victims will also be entitled to past and future mental health care expenses.

For uncompensated labor expenses, the judge took cues from the “most analogous job classification” from New York State’s Bureau of Labor Statistics.

“This includes the using the mean hourly wage for the job classification ‘personal care and service worker,’ which is approximately $13, to calculate the value of DOS slaves’ around-the-clock commitment to be responsive to the demands of their masters,” the judge wrote.

Judge Garaufis broke down those calculations for each victim, whose identities are disguised in court papers by listing only their first names or describing them only by “Jane Doe” and a number.

As for the “collateral,” Judge Garaufis ruled that Raniere cannot hang onto these.

“In addition to this monetary restitution of approximately $3.46 million, I order Mr. Raniere under the MVRA to return to former DOS members all original and duplicate copies of their collateral – and, while such obligation is stayed, to preserve any original or duplicate copies of collateral that are within his dominion or control,” he wrote.

The restitution covers amounts owed under the Trafficking Victims Protection Act of 2000 and the Mandatory Victim Restitution Act of 1996.

Read the restitution order below:

[Images via YouTube/screengrab, government exhibit of the DOS brand]