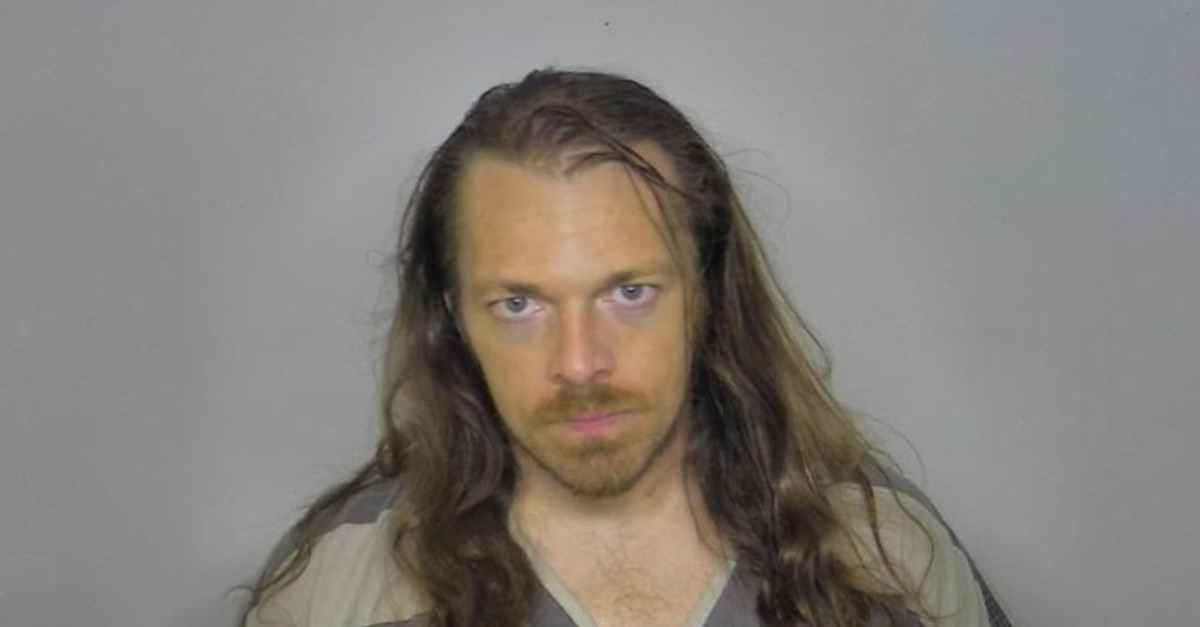 A North Dakota man has been arrested and charged with attempted murder after allegedly trying to strangle his girlfriend with a yo-yo string while she was driving him to the police station at his own request.

Derek Dillman, 32, had asked Michelle Kihlstrom to help him turn himself into Bismarck Police on a series of outstanding warrants related to driving with a suspended license and fleeing police from August and November of last year. His girlfriend obliged.

Somewhere along the way, however, the defendant allegedly changed his mind about surrendering to law enforcement. According to a probable cause affidavit obtained by Law&Crime, Dillman “was agitated” and began “making threatening comments” to his girlfriend of two years as they got closer and closer to the police station.

Eventually, Kihlstrom told police, she began to fear for her life and ran a red light “so she could get to the Police Department faster.”

That’s when things allegedly took a turn to the truly violent.

“Michelle stated after she ran the red light, Derek wrapped a Yoyo [sic] string around Michelle’s neck and cinched the string in an attempt to kill her as she was turning into the parking lot at the police department,” the affidavit continues. “Michelle told [police] that Derek had modified this string to be used as a garotte [sic] as he believes the string can slice off a human head.”

Fortunately for Kihlstrom, the allegedly improvised garrote didn’t quite work too well. The string broke and Dillman’s girlfriend was able to get out of her car and make her way into the police department where she reported a domestic assault to Bismarck Police Officer Casey Uhler.

“Michelle suffered injury from the string and I observed marks going around her whole neck, consistent with a string or wire,” Uhler wrote. “Derek is seen on Police Department camera surveillance then leaving the parking lot and going in an unknown direction.”

Later that afternoon, Dillman was allegedly spotted riding a “mini bike that is not required to be licensed or registered in North Dakota.” Another officer tried to flag him down and get the defendant to pull over.

Dillman allegedly responded: “I have to get to the Capital” and fled.

He made it to the North Dakota State Capital Grounds where he allegedly gave a fake name while being detained by a third officer.

The defendant was charged with attempted murder, aggravated assault, terrorizing an adult victim, fleeing a police officer from a felony offense, attempted false information provided to law enforcement, and yet another driving with a suspended license citation.

His initial court appearance is currently slated for Thursday afternoon.