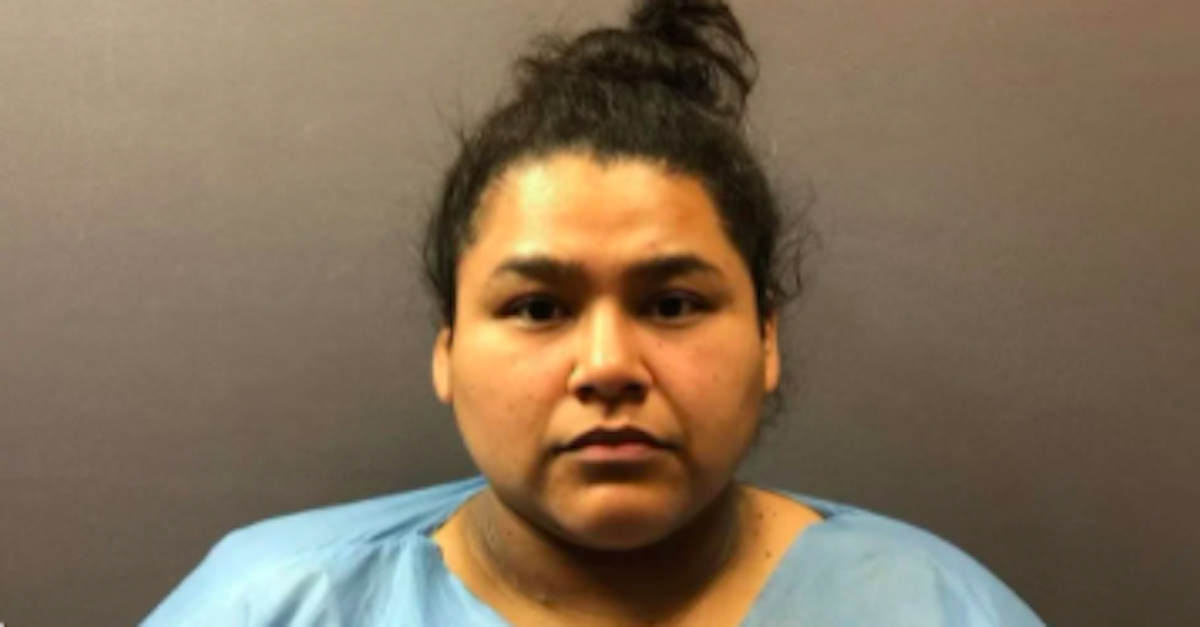 A Nevada mother and full-time employee with the Department of Family Services was arrested this week and charged in connection with the deaths of her two young children who were found dead in their suburban Las Vegas home.

Jovan Paris Trevino, 33, was taken into custody by Bullhead City Police late Tuesday evening at the Western Arizona Regional Medical Center after she allegedly confessed to hospital staff that she had murdered her children in disturbing fashion, the Las Vegas Review-Journal reported.

The police were first called to Trevino’s home by the children’s father, Christopher Fox, who reported a medical emergency on Monday evening. Trevino had filed a temporary protective order against Fox, but he told officers he went to the home any because “things did not seem right.” Upon arriving, first responders found each of the two young children, Gihanna Fox, 1, and Christopher Fox III, 4,  had been drowned in separate bathtubs in the home and were pronounced dead at the scene. A suicide note that had been penned by Trevino was also found in the home, the report said.

A copy of Trevino’s arrest warrant obtained by the Review-Journal said that at the same time Trevino entered the Arizona hospital, Henderson police found a “large kitchen knife and a towel that had a red substance that appeared to be blood” in the master bedroom of her home. Gihanna’s body was on the floor of the bedroom with “medical paraphernalia” around her body. Her older brother’s body was found in a loft. The body was also surrounded by medical paraphernalia.

Officers with the Bullhead City Police Department arrived at the hospital shortly after Trevino and questioned her about what had happened with her children.

Per the Review-Journal, Trevino said she drank a lot of alcohol and took over-the-counter drugs, then filled a bathtub with water and told her oldest child to get in.

“Jovan tricked Christopher into playing on his stomach in the bathtub by giving him a pair of glasses and using them to see better underwater,” the police report stated.

Trevino allegedly told police that she placed a leg on the child’s back and a hand on his head and held him under water as he slowly drowned.

“Jovan knew that Christopher was dead and advised that the process took approximately three to four minutes,” the report stated.

She then allegedly performed the same horrific act on Gihanna, using the bathtub in the master bedroom.

“Jovan then grabbed Gihanna by the back of the head and forced her head underwater,” the police report stated, noting that “it did not take as long to drown Gihanna as it had taken to drown Christopher.”

The report said that following the infanticide, Trevino unsuccessfully attempted to die by suicide, though no specifics were provided.

A report from Nevada-based CBS-affiliate KLAS revealed that Trevino has been a full-time family services assistant with the Henderson Department of Family Services since 2019. According to the outlet, the department “assists families and aims to protect children from neglect and abuse.”

The family has set up a GoFundMe to help with the funeral and burial arrangements for the two children.

“Our kids had so much life ahead of them, and we wanted to see them prosper in whatever they wanted to do in life,” the GoFundMe says. “They will be truly missed, as our hearts are hurting right now.”

Trevino on Wednesday waived extradition during a brief hearing in Arizona and will be transported back to Nevada in the next few days where she will be tried on murder charges.