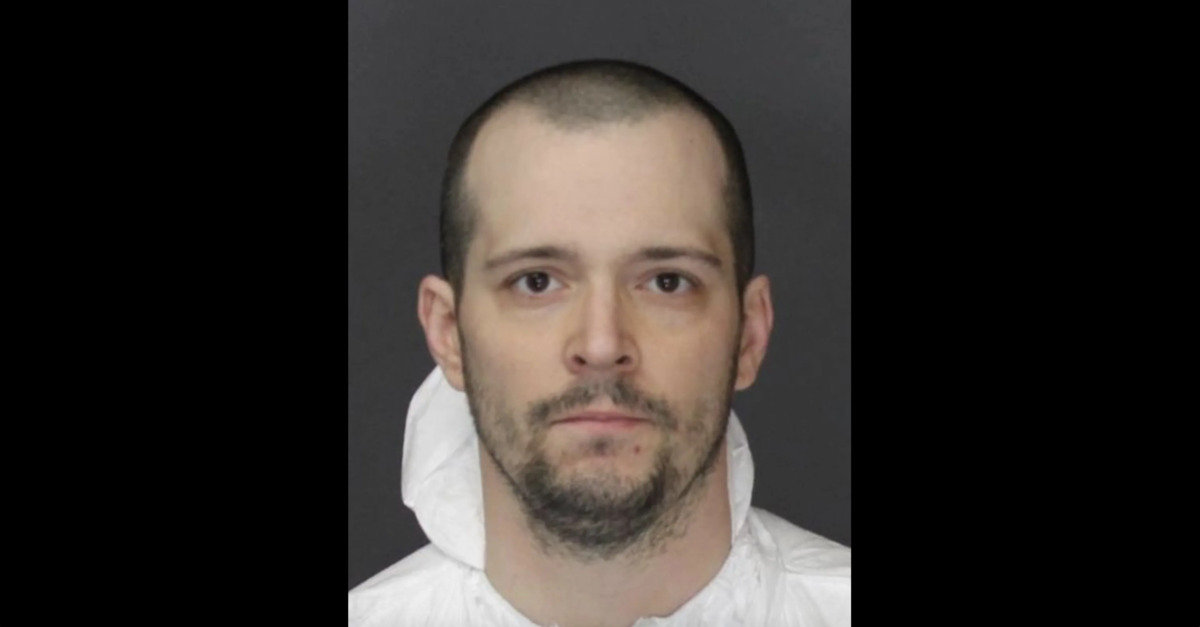 Robert McCallion, 36, admitted legal culpability for 14 separate criminal charges including the attempted murder of a 17-year-old girl in March of this year. The defendant pleaded out to charges of garden variety attempted murder, assault in the first degree, assault in the second degree, assault as a hate crime, and criminal possession of a weapon in the second and third degrees.

McCallion was indicted in August 2020 over the violent, race-based attack on the girl who was visiting family at an apartment complex. Ossining Police Department officers arrived at the Avalon apartments on Friday, March 13, 2020 to find the teenage victim suffering from “a number of significant wounds” to her face and back.

The defendant was found nearby in the complex’s parking lot covered in his young victim’s blood. He was reportedly taken into custody without incident, according to law enforcement. Then-Westchester County district attorney Anthony Scarpino, Jr. said “evidence developed during the investigation” led to McCallion being charged under various sections of the Empire State’s Hate Crime statutes.

“This was a brutal, despicable and cowardly attack by Robert McCallion on an innocent young woman because of the color of her skin,” current DA Mimi Rocah said in a statement provided to Law&Crime. “Hate crimes such as this not only traumatize the victim, but the community as well, and will be prosecuted aggressively by this office.”

The victim, who is not being named by authorities, was found by responding officers inside the apartment building “bleeding profusely [from] stab wounds” where she was being tended to by her family. According to the DA’s office, she was quickly taken to a nearby hospital where she had to undergo surgery for the attack.

McCallion, who hails from Ossining, N.Y. in Westchester County, “used racial slurs as he stabbed” the woman who “was a stranger to the defendant,” according to the DA’s office.

Authorities say the defendant was literally caught red-handed — marked by the tell-tale sign of blood on his hands and clothing.

“The knife McCallion used to stab the victim was also found at the scene,” the DA’s office noted.

In addition to the attempted murder weapon, police also found a small-but-significant cache of firearms and ammunition including a loaded 9mm Keltec Luger-style semi-automatic as well as a loaded Bushmaster Carbon 15 Armalite-style rifle.

“They were laid out as if someone may have intended to use them,” Ossining Police Chief Kevin Sylvester reportedly said of the firearms last year, in comments to local cable channel News 12.

The defendant was reportedly “acting strange in the days leading up to the attack,” and police were called to his apartment numerous times that week according to Patch.com.

Six of the 14 charges are related to the firearms offenses.

Court papers obtained by Law&Crime go on to note that the defendant was charged with causing “physical injury to [a] registered nurse” in an effort intended “to prevent [the] registered nurse from performing a lawful duty” and for an assault on another, unidentified, person two days after the attack on the 17-year-old.

McCallion is currently slated to be sentenced on Nov. 16. Under the terms of his plea agreement, his possible sentence will range from between eight to 25 years in state prison.

The amended indictment is available below: