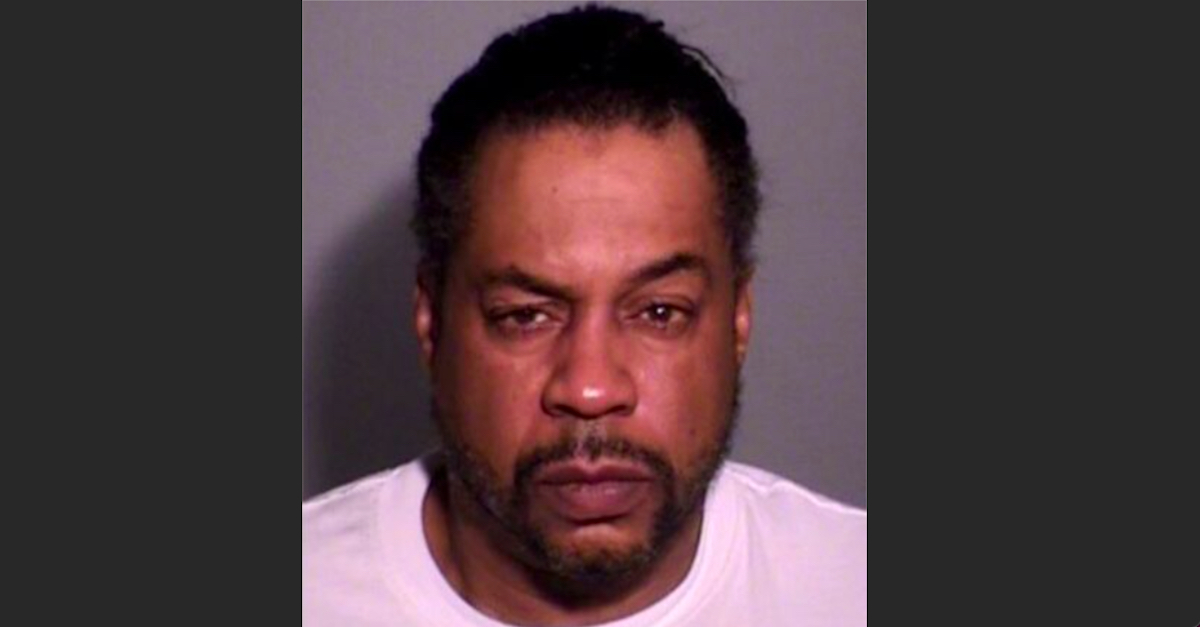 A grandfather in Milwaukee was arrested on Sunday and charged with murder after police say he beat his 12-year-old grandson to death using a series of weapons, including a mallet, a coat rack, a belt, a cane, and a sledgehammer. The defendant is said to have accused the victim of stealing money from him.

According to the criminal complaint, filed in Milwaukee County Circuit Court, 53-year-old Andrez Martina had recently relocated from Indiana back to Milwaukee so that he could “reconnect” with his two grandchildren, ages 12 and 8. He asked the boys’ grandmother and legal guardian, Illysha McCroy, if they could sleep at his home on the evening of Aug. 28, and she agreed.

The next morning at 8:24 a.m. Martina sent McCroy a text message accusing his 12-year-old grandson, identified as Andre Smith II, of stealing money from him. When McCroy asked where the boy was, Martina allegedly responded, “he’s bleeding.”

A “panicked” McCroy then woke up her daughter, Nia Moore, and her boyfriend, Anthony Anderson, both of whom live with her, and told them to go pick up the boys right away, documents say.

According to the complaint, Nia Moore knocked on a door, which the 8-year-old boy opened. The younger victim then immediately ran to the car. Anderson told police that Nia walked into the home and shouted, “Oh my God, you are going to jail for this,” before telling Anderson to go into the house.

“As Anthony walked inside, he observed [Martina] dragging [Smith’s] body from the bathroom into the kitchen,” the complaint states. “There was a large amount of blood and what appeared to be brain matter on the kitchen floor and walls. [Martina’s] entire body was covered in blood. [Smith] appeared unconscious. [Smith’s] head looked ripped open with the skull exposed. Anthony took his shirt off and wrapped it around [Smith’s] head.”

The couple rushed the children to Saint Joseph’s Hospital where Smith later died. His younger brother was treated for lacerations on his head, a fractured finger, and “bruising to his body consistent with child physical abuse.”

Investigators interviewed the younger brother who told them his grandfather “was angry about missing money” and said that when he could not find it, he started to strike him and his brother “in the head with a mallet, a sledgehammer, and a coat rack.”

“[Martina] picked [Smith] up, choked [Smith] with a belt, and then threw [Smith] into the wall, causing [Smith] to bleed a lot. The defendant took a cane and began to strike [Smith] and [his younger brother] in the head with the cane,” the complaint states.

Smith’s younger brother also allegedly told police that Martina’s mother, Cassandra Martina—the child’s great-grandmother—was present and witnessed the gruesome crime. The complaint noted that she is disabled and was unable to intervene.

Martina’s allegedly mother told police that she was awakened by her son viciously beating her great-grandchildren, confirming that he used a hammer and a cane in the attack, which she said lasted for “an hour to an hour and a half.”

An autopsy conducted by the Medical Examiner for Milwaukee County determined that Smith’s skull was “severely fractured, consistent with multiple blunt force blows to the head.” The ME found that Smith also suffered “severe injury to the brain,” and “trauma to the back, including hemorrhaging around the kidneys.”

Investigators said that during an interview following his arrest, Martina admitted to beating his grandson—at one point saying the child “knew” he was “going to kill his ass.” He also allegedly said that he didn’t remember using a sledgehammer in the attack, but added that “he was told by his mother that he did.”

“During the interview, [Martina] admitted to killing a boy in 1989 and said he wanted to talk with police as the defendant has nothing to hide,” the complaint says. “The defendant believed the entire incident lasted from 3:00 AM until well after 8:00 AM.”

Local news station FOX6 reported that Martina served a 4-year prison sentence after being convicted of homicide by reckless conduct in 1990.

Smith’s mother, Nekeda Martina, also told the station that her father “killed somebody in 1989.”

“The system failed to stop him from doing that again. Unfortunately, his last victim was my child,” said Nekeda.