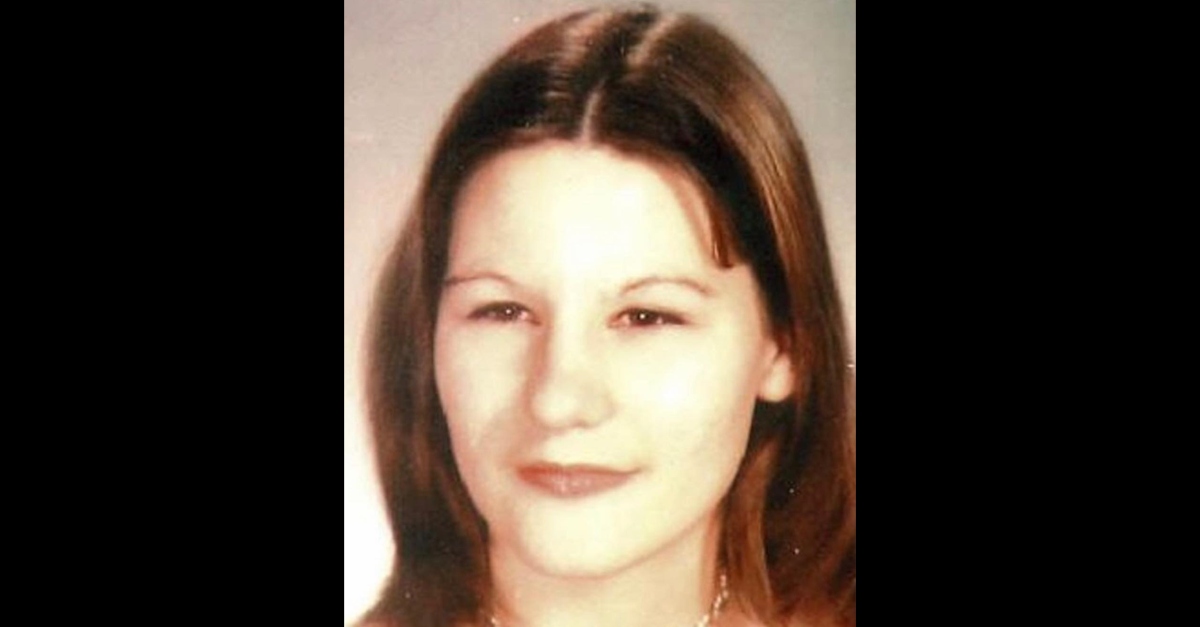 Authorities said they figured out who beat a 17-year-old girl to death decades ago and left her behind a mini-mall. Bruce A. Cymanski, 49, was indicted Tuesday in New Jersey for first-degree murder and other charges for killing young Nancy Noga, said the Middlesex County Prosecutor’s Office and Sayreville Police Department in a statement obtained by Law&Crime.

As in many other cold case arrests, investigators credit genetic genealogy techniques, which involve uploading suspect DNA to an online database and finding a link through a relative who may be on the database.

“In the decades since Nancy Noga’s death, law enforcement has relentlessly pursued justice on her behalf,” said Middlesex County Prosecutor Yolanda Ciccone. “The advancement of modern scientific tools has allowed that endeavor to enter a new chapter.”

Pursuing the case for decades since her disappearance, police have said that family reported Noga missing Jan. 7, 1999. She was murdered walking home from her part-time job, investigators said.

“Five days later, on January 12, 1999, at approximately 8:57 a.m., Ms. Noga’s body was discovered in a wooded area behind what was then Mini-Mall Plaza Shopping Center on Ernston Road,” authorities wrote Tuesday. “An autopsy later determined Noga died from blunt force trauma after being struck with a blunt object. For more than two decades, the case remained open and active as investigators continued to investigate Ms. Noga’s death.”

Now, investigators blame Cymanski, who they identify as a resident of Barnegat Township. In addition to first-degree murder, he is charged with first-degree felony murder, first-degree aggravated sexual assault, first-degree kidnapping, and third-degree possession of a weapon for an unlawful purpose. Investigators did not present an alleged motive or say whether or not he was a stranger to Noga. Cymanski is being held at the Middlesex County Adult Correction Center pending a pre-trial detention hearing, authorities said. He killed Noga using a “tree limb,” documents said.

“This arrest is the result of decades of hard work by so many detectives and officers,” said Chief John Zebrowski. “We never stopped following up on leads, and today with the arrest of Bruce Cymanski, we are one step closer to bringing a degree of justice and closure to the family. I want to thank Middlesex County Prosecutor Yolanda Ciccone and her office for their tireless efforts and partnership in bringing justice to the family of this young girl.”