Two Boys Were Brutally Attacked with a Hammer in Milwaukee Over the Weekend. A 12-Year-Old Is Now Dead. 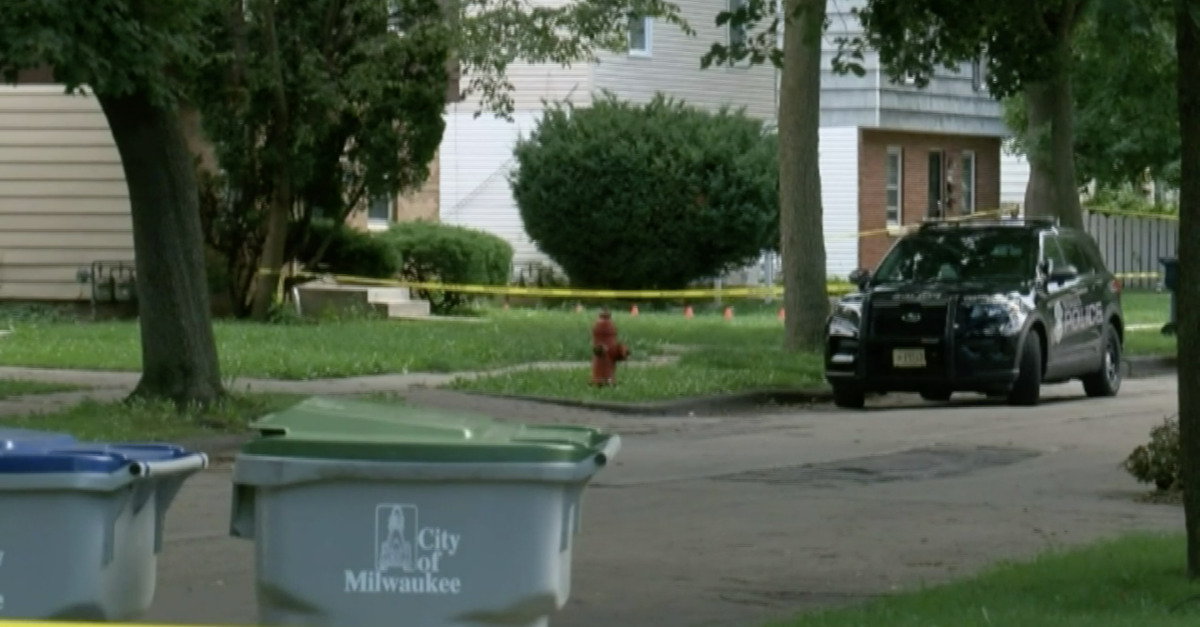 According to the Milwaukee Police Department, officers responded to a homicide that occurred during the mid-morning hours on Sunday. Authorities say the incident occurred near the suburban neighborhood of Wahl Park on the 4600 block of N. 46th Street.

The Milwaukee County Medical Examiner noted the incident in a public tweet confirming a Monday autopsy for the boy:

MCMEO investigating the homicide of a 12 year old child in the 4600 blk of W Hampton. Autopsy tomorrow. @MilwaukeePolice investigating.

The autopsy results have not yet been made public. The medical examiner had identified the victim as Andre R. Smith II as of Monday evening.

The investigation into the brutal hammer attack is still ongoing. Publicly-available details about the incident are currently scant and the department said officers are currently seeking “a known suspect.” Andre Smith’s stepbrother reportedly told WISN that a male “adult family member” is suspected in the attack:

Andre’s older stepbrother, Khekima Martina, said at some point Sunday, an adult family member suspected in the hammer attack called other family members to say what happened. He accused Andre of stealing cash.

Neighbors and community activists are speaking out to demand justice for the boy who was killed.

Lewis Williams, who lives in the vicinity of the area where the incident occurred, said he saw the circumstances leading up to the attack.

That morning, the neighbor said, he heard arguing before he saw three people–two adults and a child–get into a vehicle–saying Smith was already injured in the driveway when he was forced into the car.

“Young man had his head swollen–stuff hanging out of his head,” Lewis told local CBS affiliate WDJT. “There was a bunch of back and forth, arguing going on between them. Then the lady pulled off and that was it. I went in the house and went to sleep.”

The neighbor said he also heard the 8-year-old speak about the attacker.

“A child, that’s messed up, I really don’t know what to say,” he added in comments to local NBC affiliate WTMJ. “From what I heard, directly from his mouth was, ‘He tried to hit me with the hammer, too.'”

“For the rest of his life, his big brother’s gone,” community activist Tracey Dent told WDJT. “You know he’s going to need years and years of therapy.”

“We need to learn from this as adults, as parents, you know,” the activist added, “That we cannot take our frustration like that out on a child, no matter what happens.”

“We have to wrap our arms around this whole family with nothing but love and support,” Dent continued–saying he was originally “in denial” when hearing about the gruesome slaying.

Police say at least 113 homicides have occurred in Miwaukee this year–roughly on par with last year’s total, which was a record.

“He should get whatever’s coming to him,” Williams continued, “That’s a kid, man. He can’t defend itself against that dude, neither could the 8-year-old, if the 12-year-old couldn’t, the 8-year-old definitely couldn’t.”

A grandparent of the deceased has started a GoFundMe campaign to help pay for the victim’s funeral.