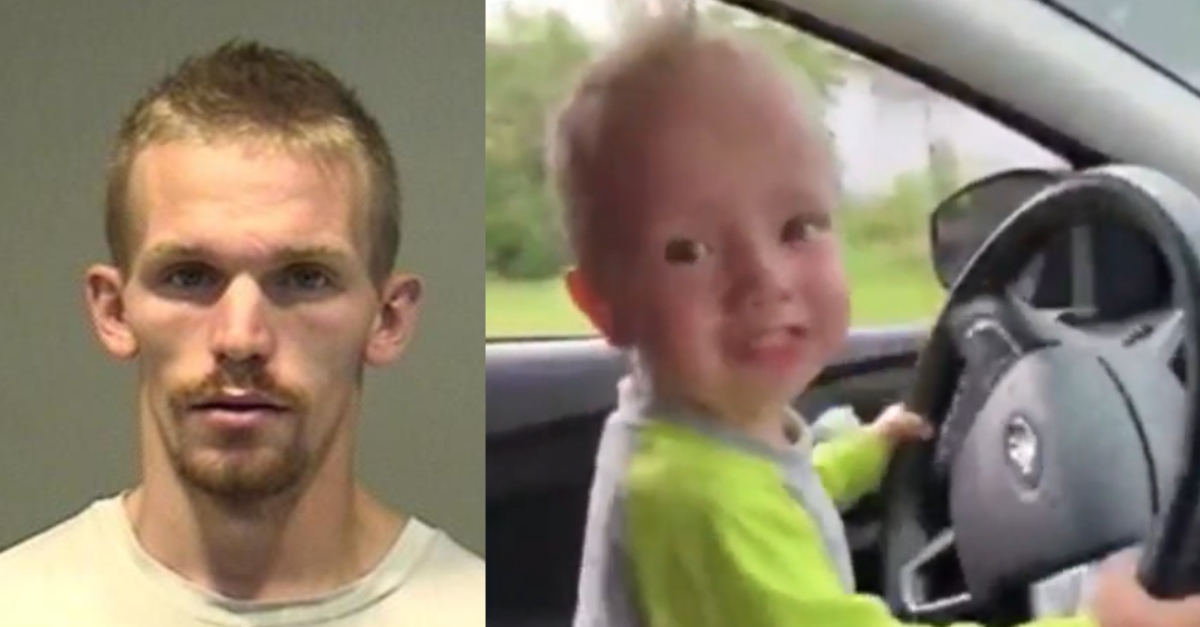 “Today, Matthew Rademacher was found GUILTY of 1st Degree Murder and GUILTY of 1st Degree Child Abuse in the 8th Circuit Court for the murder of 2 year old Colton Sceviour on September 18, 2020 in the Village of Clarksville,” the Ionia County Sheriff’s Office said in a Facebook post. “The Ionia County Sheriff’s Office sends thoughts and prayers to the victim’s entire family.”

Rademacher was arrested in September 2020, after authorities found Sceviour dead at home. Rademacher insisted that Colton choked on food, but first responders did not find food in his airway, prosecutors said. Instead of signs of choking, medical staff said they discovered bruising all over the boy’s body, as well as evidence of blood spots outside of his skull.

Colton’s father Daniel Sceviour said he had noticed bruising on the child, but after bring it up to the mother, he was told it was because the 2-year-old fell playing.

“I knew there was something else going on, I just didn’t know what,” he told WOOD-TV in a Sept. 21, 2020 report. “When I heard what really happened and who was behind it, my emotions just flooded with anger, frustration, sadness. The constant bruises on my son’s neck, on his face, on his arms. Every time I received him for my custodial visits, there always seemed to be some kind of new bruise.”

Sceviour said he wished he had gone to the police at the time.

“It’s like someone just snatched your heart out and you’re still somehow living but you don’t want to be,” he said. “Just knowing what happened is a lot harder to swallow because no kid deserves to die like that. It’s not fair.”

Sceviour shared a heartbreaking message for his son.