Corey Johnson Gets Life in Prison for Jovanni Sierra Murder 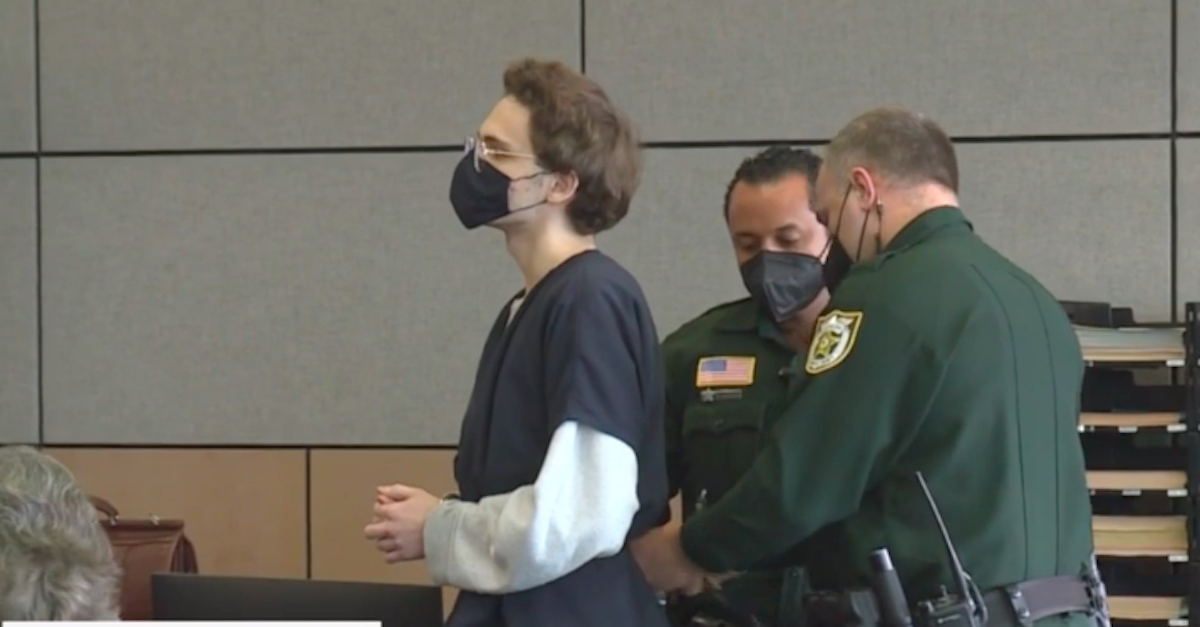 A 21-year-old Florida man will spend the rest of his life behind bars for fatally stabbing a 13-year-old boy on his birthday over comments he deemed an affront to his Islamic faith during a 2018 sleepover. Circuit Judge Cheryl Caracuzzo on Thursday handed down a sentence of life without the possibility of parole to Corey Johnson, who was 17 when he brutally murdered Jovanni Sierra and nearly killed two others who he stabbed multiple times, The Palm Beach Post reported.

“I took the life of an innocent 13-year-old boy in the most heinous and cowardly way possible,” Johnson reportedly said when addressing the court during the proceedings. “I know I contributed to the spread of evil in this world.”

A Palm Beach County jury in November needed only four hours to return a guilty verdict against Johnson on one count of first-degree murder in Sierra’s death, as well as two counts of attempted murder for also stabbing 13-year-old Dane Bancroft and his mother Elaine Simon. Dane Bancroft, who was hosting the sleepover for his middle school classmate Sierra’s birthday, was stabbed a total of 37 times while his mother was stabbed 12 times.

Johnson apologized to the families of his victims and went so far as to denounce ISIS, the extremist group which his attorney claimed was responsible for radicalizing Johnson when he was a teen, West Palm Beach NBC affiliate WPTV-TV reported.

“I wish I could take it back. I wish I could do something to make this right. But I do want to apologize, not because it will change anything, but because I really, truly am sorry,” Johnson reportedly said. “I am truly in disbelief that I could have done something so terrible. That’s not who I am, and I’m not a violent person.”

But Judge Caracuzzo emphasized Johnson’s willingness to ruthlessly kill people over extremist views in concluding that rehabilitation was not likely. The judge declined a request from Johnson’s defense attorneys that his client only be sentenced to 40 years in prison, according to the report.

As previously reported by Law&Crime, the “Sleepover Murder” took place on March 12, 2018 at the home of Elaine Simon. Palm Beach Gardens police testified during trial that Johnson confessed to the triple stabbing, saying he killed Sierra, whom he’d just met that night, over comments he believed offended his Muslim faith. Per the arrest affidavit, Johnson reportedly told investigators that Sierra was idolizing celebrities and treating them as gods, which went against Islam. He said he also believed Bancroft “made fun of” his faith.

Johnson was reportedly at the sleepover as a guest of Kyle Bancroft, Dane’s 17-year-old brother. Johnson waited until everyone else in the house was asleep, then used his phone to read the Quran to “give him courage to carry out his intentions” before he began stabbing people, WPTV reported. He reportedly began with Sierra, stabbing him multiple times and cutting his throat. When Simon came to investigate the commotion, he used the knife to stab her a dozen times. Dane Bancroft became the third victim when he intervened to try and save his mother.

Kyle Bancroft was reportedly awoken by Johnson, who looked “almost happy” as he told Kyle that he’d just killed his little brother.

Following the incident, Johnson’s family told investigators that Adolf Hitler and Joseph Stalin fascinated the teen, who had recently become interested in Islam.

Johnson’s defense attorneys had unsuccessfully tried to argue that he was not guilty by reason of insanity at trial.

The sentencing hearing was initially scheduled to take place earlier in the week, but it was delayed because Johnson was in quarantine, though it was not clear whether he was infected with COVID or merely exposed, West Palm Beach Fox affiliate WFLX reported.