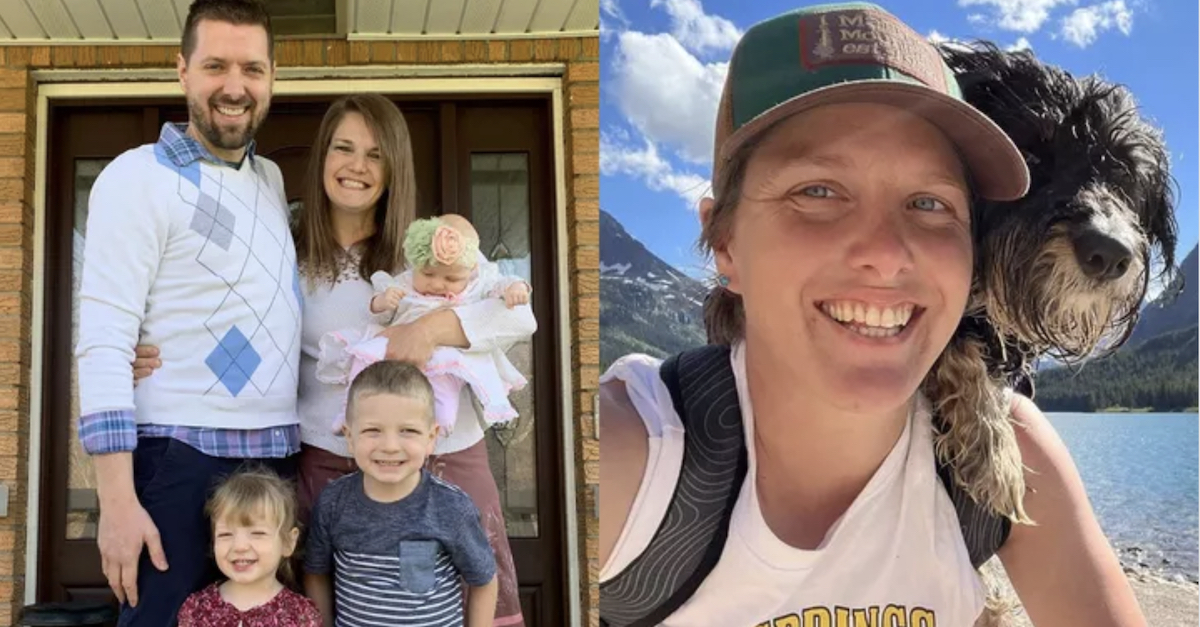 An Oklahoma man in a pickup truck ran down his ex-girlfriend’s family members as they walked through Montana’s Glacier National Park on Sunday. Authorities said the suspect exited his vehicle and opened fire with a shotgun, killed his ex’s brother and the man’s infant daughter, and critically injured two others before his ex killed him.

According to a press release from the Glacier County Sheriff, the office’s Emergency Dispatch Center at approximately 8:56 p.m. on Sunday received multiple reports of a male shooting at a female in East Glacier National Park. GCSO deputies and personnel from multiple other local and federal law enforcement agencies responded to the area. Upon arriving at the scene, first responders said they found two adult males who were already deceased, two critically injured adult females, and one critically injured 18-month-old child. The surviving victims were transported for medical treatment and an investigation into the incident began.

Authorities identified the two critically injured adult females as 40-year-old Christy Siau, David’s wife and McKenzie’s mother, and 30-year-old Christina Siau, David’s sister who was in a prior relationship with Madden. Christy, Christina, and McKenzie were all taken to Indian Health Service in Browning where medical personnel pronounced McKenzie dead. Christy and Christina were then airlifted to another medical facility due to the severity of their injuries.

Referring to the massacre as a “horrific event,” the sheriff’s office determined that Madden “purposely drove his vehicle” into the family as they were walking beside the roadway and then crashed into a tree.

“After crashing his vehicle into a tree, Madden exited his vehicle armed with a shotgun. Madden began shooting at the same victims he had just hit or attempted to hit with his vehicle,” the release states. After fatally shooting David, Madden “continued to shoot at the victims whom were running away,” hitting Christy, who was holding McKenzie in her arms as she attempted to flee.

Madden reportedly ran out of ammunition and then pulled out a knife to continue his rampage, targeting Christina, his ex-girlfriend.

“During this attack Christina fought for her life and despite receiving critical injuries, fatally wounded Madden who died at the scene,” the release states. Christy and David’s two other young children were able to flee the area and escaped the attack uninjured.

The release further noted that Madden “was suffering from mental health issues” at the time of the attack.

While authorities have not provided any specifics as to how Christina was able to kill Madden, investigators reportedly told Madden’s sister, Michelle Madden, that Christina wrestled the knife away from Madden and stabbed him to death, per The Daily Beast.

Michelle also reportedly told the outlet that she and her family “have no idea” why her brother would go on such a deadly rampage, but noted that he had been suffering from substance abuse and mental problems.

“My brother… suffered from mental illness and had a brain injury, where they had to put it all back together,” she reportedly told the Daily Beast. “He wasn’t supposed to drink on his medication, the medication he took every single day. But he had been. In the past, he had multiple instances where he would go sleepwalking and not remember any of it. It only happened when he was drinking on his medicine. That’s the only thing I can think of.”

In a taped video statement, John Siau, David’s father and McKenzie’s grandfather, thanked the community for their support and shared what he told his family.

“Grieve, be sad, but don’t harbor anger about what has happened,” he said. “Because what we have seen is actually the result of somebody who has harbored anger in his own life and allowed it to fester and allowed it to grow and develop into something very terrible and unspeakable.”

A GoFundMe page set up by David’s sister, Bethany Siau, to help Christy and Christina with their medical bills has already raised more than $100,000.