A man is scheduled to be sentenced on Thursday for killing his ex-girlfriend and her new lover. Kevin Dean Eastman, 49, was convicted Wednesday of murdering Heather Frank, 48, and well-known trumpet player Stanley “Scott” Sessions, 54. The hearing is scheduled to begin at 9:30 a.m. MT / 11:30 a.m. ET. You can watch in the player above.

Authorities have said Sessions last spoke to his father on a phone call of Feb. 8, 2020. Eastman killed him first in a rage, almost decapitating him, and then shot Frank twice in the heart several days later, prosecutors said. He hid Frank’s body on property belonging to his employer.

On the night of Saturday, Feb. 15, 2020, Bonnell testifies that #KevinEastman came to his property and needed to unload some tools /equipment that was in his car. Bonnell says the car was heavily weighted down. Heather Frank’s body found the next morning on that property. pic.twitter.com/5xgxPLCDnW

Eastman’s defense argued that it was Frank who killed Sessions. Eastman and his employer helped her in the aftermath, but the employee panicked, killed Frank, and kept it a secret from the defendant, the defense said.

“Law enforcement made assumptions,” lawyer Samantha Deveraux said. “As soon as they learned that Ms. Frank had an ex, an ex with whom she had a volatile relationship, they assumed–and it became this catalyst moment–they assumed, ‘That’s our guy.'”

Jurors did not buy this story, finding Eastman guilty of two counts each of first-degree murder, tampering with a deceased human body, and tampering with physical evidence. 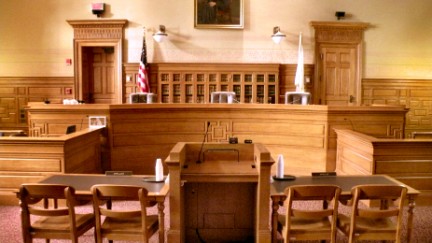