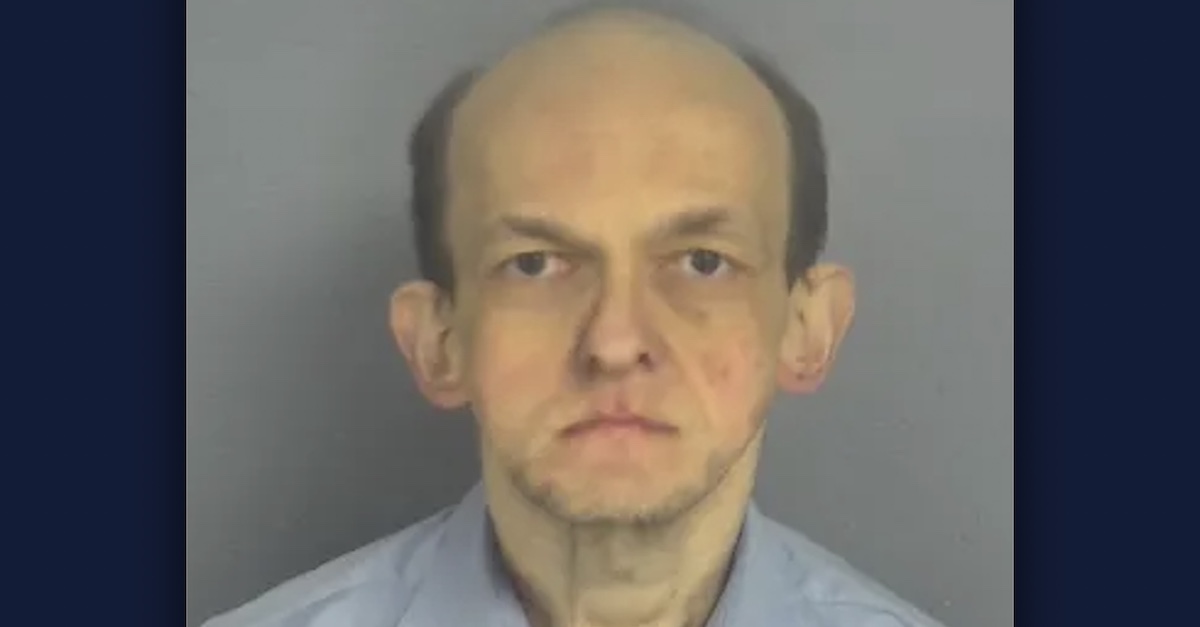 A 46-year-old convicted sex offender using the screen name “Lonely Nerd” was arrested in California after he allegedly tried to “seduce” an undercover detective he believed to be a young girl, sent her obscene photographs, then made plans to meet up with her in-person. James Wessley Rankin was taken into custody on Friday and charged with a series of state and federal crimes stemming from the undercover sting operation, authorities announced.

According to a press release from the San Bernardino County Sheriff’s Department (SBSD), the investigation into Rankin began in the first week of January 2023 while the department’s Specialized Investigations Division Crimes Against Children Detail and the Los Angeles Internet Crimes Against Children Task Force (ICAC) jointly participated in an undercover chat operation aimed at child predators.

In the course of the operation, authorities say Rankin responded to an online posting on an anonymous chat website purportedly written by a 14-year-old girl. The posting was in fact written by an SBSD undercover detective.

(Law&Crime Coverage: Man Who Sent Explicit Photos to Undercover Officer of Girl He Claimed to Have Been His 4-Year Old Daughter Sentenced to Federal Prison)

The California investigators say that Rankin then “struck up a conversation” with the undercover detective who was pretending to be a teenage girl. During the ensuing exchange, authorities say Rankin “sent obscene material and began making plans to pick the teen up from her home.”

When detectives involved with the sting operation learned that Rankin’s messages were being sent from Missouri, they informed the FBI’s Crimes Against Children and Human Trafficking Taskforce about the operation. The FBI subsequently agreed to assist in the investigation.

When Rankin was conversing with the “teen” girl, he was living at a locked transition house in St. Louis that only allowed him passes to leave during the day so he could go to work, according to a Justice Department press release, citing a probable cause affidavit. That affidavit, filed by federal prosecutors in the U. S. District Court for the Eastern District of Missouri, is currently sealed from the public. The U.S. Attorney’s Office in St. Louis did not immediately respond to a message from Law&Crime regarding the document’s availability.

(Law&Crime Coverage: New York Man Allegedly Tried to Sexually Abuse a 9-Year-Old Boy He Thought Would Be Drugged and ‘Knocked Out’ by His Father)

According to the Missouri State Sex Offender Registry, Rankin is a Tier III sex offender – the most severe category – meaning he has to register as an offender for the rest of his life and must report to a chief law enforcement officer in person every 90 days.

Records show he was convicted in March 2021 on one count of first-degree statutory rape of a person under the age of 14 and was sentenced to five years in prison. He was also found guilty in Christian County Circuit Court of endangering the welfare of a child and domestic assault in 2019 and sentenced to probation and shock incarceration time, per the DOJ.

California authorities said Rankin had been “recently released from prison,” though it was unclear exactly how long it’s been since his release.

(Law&Crime Coverage: Florida Man Told Tinder Match He ‘Hoped to Have Daughters of His Own So That He Could Begin Molesting and Sexually Battering Them as Infants’: Sheriff)

In state court, he is facing one count each of sending harmful matter to seduce a minor, online enticement, and arranging to meet a minor for the purpose of committing a sex crime. Federally, he is charged with one count of transferring obscene material to a minor.