Jealous Navy Sailor Killed Wife with Hammer and Torched Home with 1-Year-Old Son Inside After Despising His ‘Open’ Marriage: Police 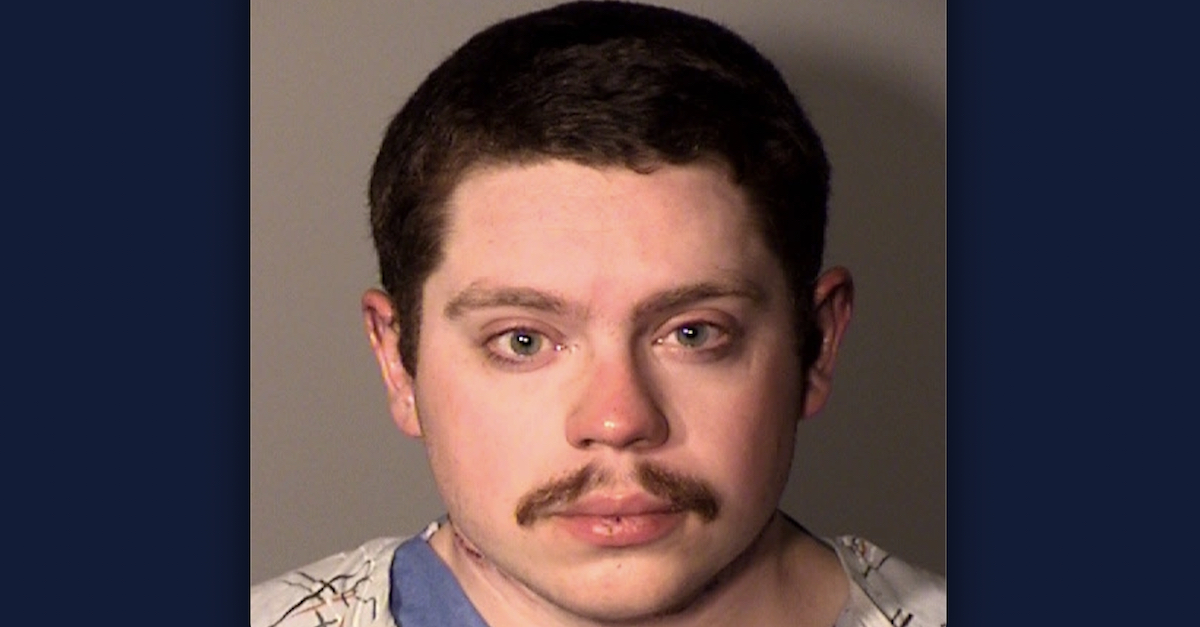 A 23-year-old Connecticut man is behind bars this week after he allegedly admitted to brutally killing his wife with a hammer and knife inside of their New London home, then intentionally set the house on fire in an attempt to kill their 13-month old son as he slept inside, police say. George Dodson was taken into custody on Wednesday and charge with a slew of felonies, including murder, attempted murder, and attempted murder in the commission of arson.

According to a press release from the New London Police Department, the Emergency Communications Department at approximately 10:32 p.m. on Wednesday dispatched Emergency Services personnel in response to reports of a structure fire at a home located on Sherman Street. Upon arriving at the scene, first responders with the New London Fire Department “observed signs of an active fire and immediately initiated services to extinguish the working fire.”

When firefighters were able to enter the residence, they reportedly located a 23-year-old female and a 1-year-old male inside. The adult female was “suffering from life threatening injuries and was subsequently pronounced deceased on the scene,” police said. New London Fire Department Chief Thomas Curcio reportedly told The Day — the local newspaper — that in addition to burns, the female victim suffered “significant trauma to her head and upper torso.”

The infant was removed from a crib located in a second floor bedroom inside of the burning home and transported to Lawrence + Memorial Hospital for treatment. The child, whose name has not been released, was reportedly described as being “conscious but lethargic.” The child was later transported to Yale New Haven Hospital for additional treatment, and he is reportedly expected to make a full recovery.

The female victim was later identified as George Dodson’s wife, Shelby L. Dodson, according to a report from Hartford NBC affiliate WVIT.

Dodson, an active-duty service member with the U.S. Navy, was allegedly found in the backyard of the home suffering from non-life threatening injuries. He was reportedly “kneeling in the grass with heavy soot and blood on his neck and chest” after having sustained “what appeared to be self-inflicted injuries,” per The Day. In addition to his wife and child, Dodson reportedly told investigators that the family dogs were also still inside of the house. The two dogs reportedly ran from the home when firefighters entered and were both located at the homes of neighbors.

According to The Day, authorities claim Dodson broke down at the scene of the blaze and confessed to murdering his wife out of jealousy and and then attempting to murder his son with the fire.

“I did this. I killed her,” he reportedly told police, according to a probable cause affidavit cited by the newspaper. “We opened up our relationship and she found another man she loved more and I could not stand the thought of it so I killed her”

Additionally, Dodson reportedly confessed to killing Shelby using both a knife and a hammer before lighting fires in multiple places throughout the home. A fire marshal concluded that Dodson lit a couch on the first floor on fire and set two fires in the upstairs bedroom.

In addition to the aforementioned crimes, Dodson is also facing charges of first-degree arson, risk of injury to a child, tampering with physical evidence, reckless endangerment, and cruelty to animals, online court records show.

New London Judge Kevin Shay reportedly called Dodson’s alleged crimes “absolutely horrendous” during his first court appearance on Thursday. Judge Shay ordered Dodson to be held on $3 million bond and issued a protection order prohibiting Dodson from having any contact with his son. He is scheduled to appear in court again on Aug. 11.