‘He’s Every Person’s Nightmare’: Former Soldier Charged in 1982 Rape and Murder of Neighbor Who Was Kidnapped While Walking to Kindergarten 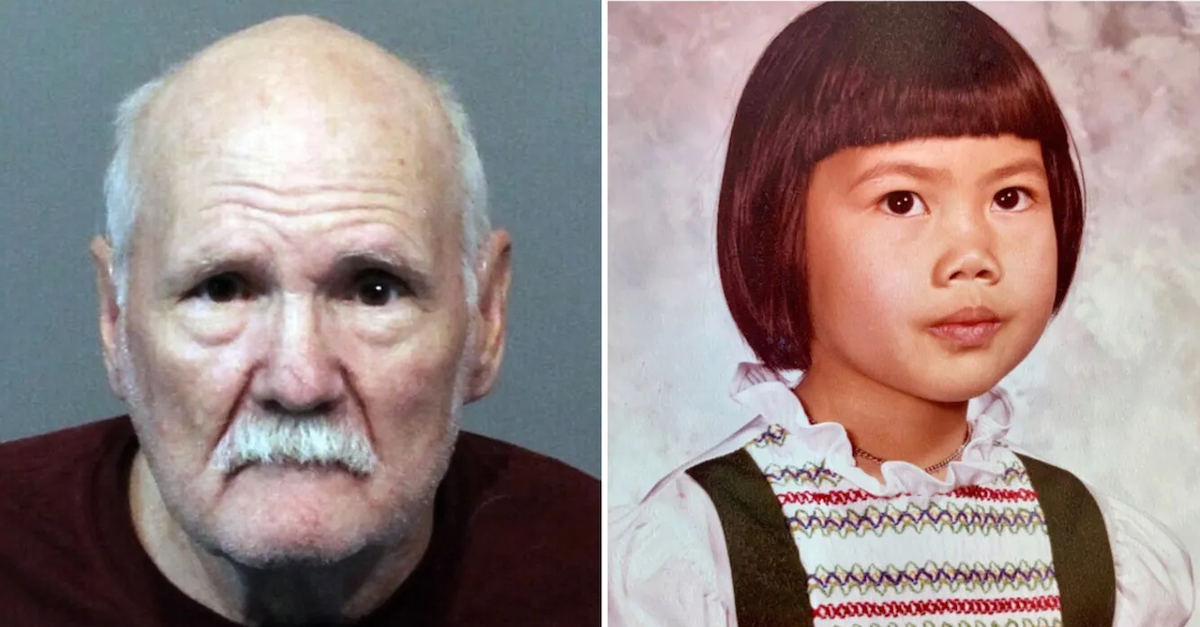 A 70-year-old former soldier has been arrested in Nevada and charged with kidnapping and brutally killing his 5-year-old neighbor who was last seen walking to kindergarten more than 40 years ago, authorities announced. Robert John Lanoue was taken into custody and charged with one count of first-degree murder with special circumstance allegations that he killed Anne Pham while committing kidnapping and a lewd act on a child under the age of 14.

According to a press release from Monterey County District Attorney Jeannine M. Pacioni, Pham at approximately 11 a.m. on Jan. 21, 1982 disappeared while walking to her kindergarten class at Highland Elementary School, less than 1,000 feet away from her home. Her remains were discovered two days later on Fort Ord, a former U.S. Army post on Monterey Bay, approximately one mile from Pham’s school, which was in use until 1994.

Authorities said the child had been sexually assaulted and determined that the cause of death was suffocation. The initial investigation did not result in any arrests and with no new leads, the case into Pham’s murder went cold. A then-29-year-old Lanoue, who lived just around the corner from Pham’s home, was reportedly not considered a suspect at the time.

“This guy was never on the radar. Never. This guy was totally hidden in plain view, just right there,” Interim Seaside Police Chief Nicholas Borges reportedly told People Magazine. “You could throw a rock from his house to hers, no problem. He had to go and drive by her house every day when he left his home. Every single day in this man’s life, he had to drive by her home. And there’s no way you don’t see 10 children about a property every single day. He just saw prey when he drove by.”

Investigators with the Monterey County District Attorney’s Office Cold Case Task Force in 2020 reopened Pham’s case in collaboration with detectives at the Seaside Police Department. The investigators gathered items of evidence from the initial crime scene and submitted them for a new type of DNA testing that was not available to earlier investigators. The DNA analysis identified Lanoue as the suspect in Pham’s murder.

DA Pacioni reportedly told People that the new type of DNA testing “doesn’t come from the root of a hair” and “hasn’t been used in a criminal conviction previously.”

According to DA Pacioni, her office’s task force was only able to continue pursuing Pham’s case thanks to a $535,000 grant from the U.S. Department of Justice, Office of Justice Programs, Bureau of Justice Assistance.

“The grant, titled ‘FY 2021 Prosecuting Cold Cases Using DNA,’ provides funding to support forensic testing and investigative activities in the prosecution of cold cases where DNA from a suspect has been identified,” her office said in the release.

Lanoue is currently being held in the Washoe County Jail. He waived extradition on Monday and is waiting to be transported back to California to face charges for Pham’s murder, FOX News reported. A California state superior court judge set Lanoue’s bond at $1,020,000. He reportedly had not retained an attorney and had not entered a plea as of Monday evening.

“This family has gone so long without any answers about what happened to Annie. They just knew it happened,” Pacioni reportedly told Monterey CBS/FOX affiliate KION-TV. “In the particular case, we knew that there was evidence in the Seaside Police Department and that we could pull DNA from. We started with a type of evidence that has never been used before in court, and it identified a sequence of DNA that we were able to connect to Mr. Lanoue.”

Lanoue in 1998 was convicted in Nevada on one count each of possessing pornography depicting a person under age 16, using a minor under age 14 to produce pornography, and conspiring to commit lewdness with a child under the age of 14, records show. He is a registered Tier III sex offender in the state of Nevada, where he spent more than 20 years in prison before being paroled.

Authorities urged anyone with additional information on Pham’s case to contact DA Investigator Justin Bell at 831-755-5070.