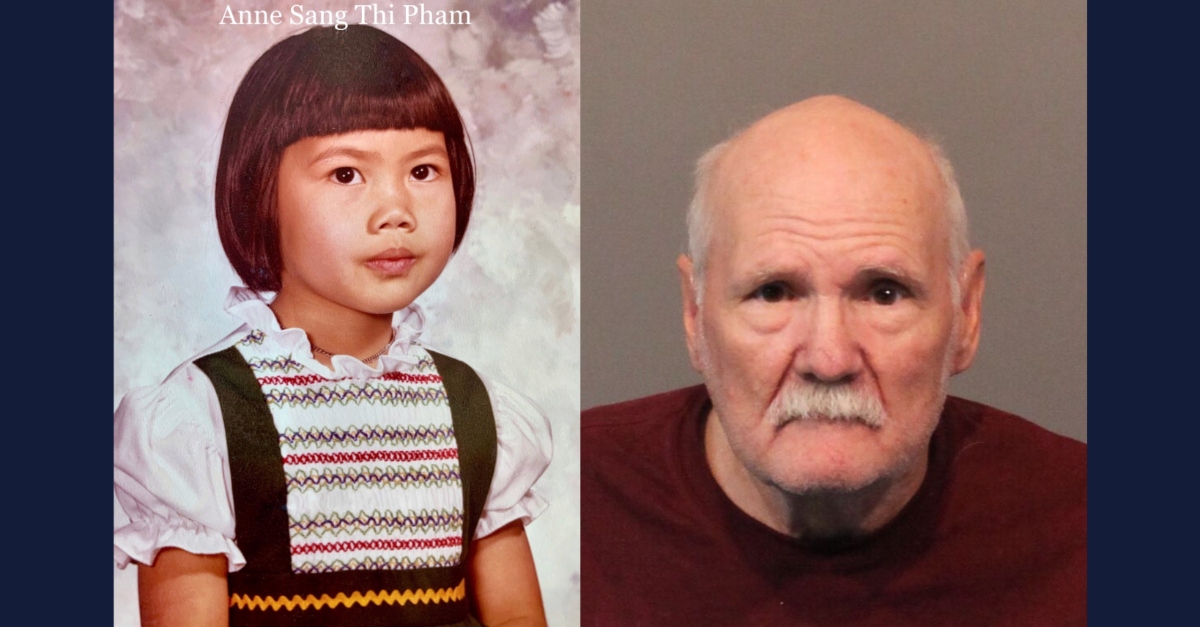 After more than four decades, authorities said they finally solved a 5-year-old girl’s disappearance and murder. Robert Lanoue, 70, is the person who abducted Anne Sang Thi Pham, 5, while she was on the way to school in Seaside, California, on Jan. 21, 1982, the Monterey County District Attorney’s Office announced in a statement on Thursday.

As in many other similar cold cases, authorities credit advances in criminal technology with them figuring out who killed the young girl.

Pham disappeared while walking to kindergarten at Highland Elementary School on Jan. 21, 1982. She was found dead two days later on what was then known as Fort Ord, prosecutors said.

She had been strangled to death, the autopsy report said, according to a media report at the time. Her older brother Kheu Van Pham, then a college student studying engineering, reportedly described her shy, attentive to the needs of others, and independent. Highland Elementary School was just three blocks away, and Anne told her mother, “Stay home, Mom. I can walk by myself.”

“The initial investigation did not result in any arrests, and Pham’s murder went unsolved for more than 40 years,” prosecutors said. “In 2020, investigators with the Monterey County District Attorney’s Office Cold Case Task Force worked collaboratively with Seaside Police Department to reopen Pham’s case and submit items of evidence from the case for DNA testing. A new type of DNA testing not previously available to earlier investigators identified Lanoue as the suspect in Pham’s murder. Lanoue was 29 years old at the time of the homicide and lived in Seaside.”

At some point, Lanoue moved to Reno, Nevada. Now, however, he is at the local Washoe County Jail. He was locked up for violation of a condition of parole, and he is also considered a fugitive of another state, records show.

Authorities said they obtained an arrest warrant against him on Wednesday. In Pham’s death, he faces one count of first-degree murder with special circumstance allegations that he killed her while committing a kidnapping and a lewd act on a child under the age 14, the D.A.’s office said.

“Breaking news for what will be a ground-breaking case using genomic methods for forensic identification,” wrote Astrea Forensics, one of the companies credited with helping in the search for Pham’s killer. “We admire the Monterey County District Attorney’s Office Cold Case Task Force and the Seaside Police Department who never gave up on Anne Pham and are still fighting for her justice.”