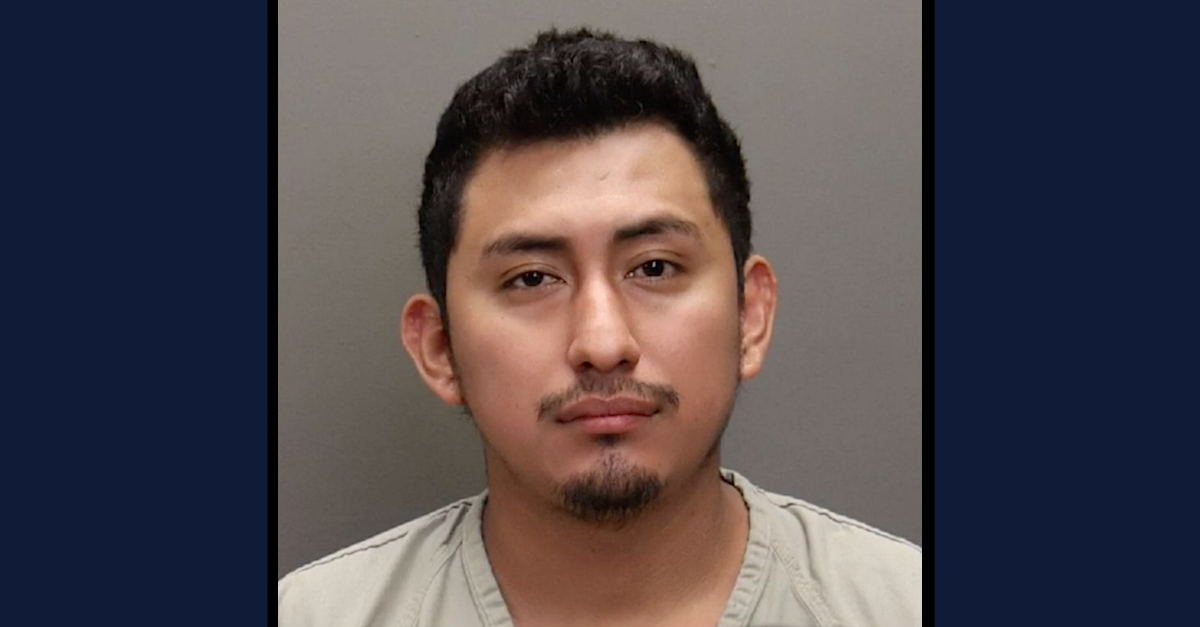 An Ohio grand jury has indicted a 27-year-old man accused of raping and impregnating a 9-year-old girl who later, when she was 10, sought and obtained an abortion across state lines in neighboring Indiana.

“Gerson Fuentes,” the indictment alleges, “did engage in sexual conduct, to wit: vaginal intercourse, with [redacted] who was not the spouse of the offender, whose age at the time of the said sexual conduct was less than thirteen years of age, to wit: nine years old, whether or not the offender knew the age of [redacted]. Furthermore, the victim was less than ten years of age.”

The two charges are substantially similar – and repeated all-but verbatim – except for the minor deviation in the dates provided for the occurrence of each alleged incident or incidents as noted above.

A case information contains several details about the alleged offender, putting his height at 5’3″, his weight at 140 pounds, and noting that he previously lived in an apartment building in the City of Columbus. The defendant is currently being detained in the Franklin County Jail on Jackson Pike. Columbus Police Department Officer Jeffrey Huhn was the one who effectuated the arrest.

Highlighting the restrictive nature of Ohio’s anti-abortion laws — which do not include clear exceptions for rape or incest — the woman who performed the procedure in Indiana on June 30, 2022, explained the circumstances of the girl’s medical situation in an interview with the Indianapolis Star for a report published July 1, 2022. In that interview, Indiana obstetrician Dr. Caitlin Bernard noted that her patient was six weeks and three days pregnant at the time of the procedure.

What began as a story about the consequences of post-Roe abortion bans soon shifted to the realm of politicians and commentators speculating on whether the newspaper’s story of the 10-year-old girl was real.

Citing what was presumably the Star report, President Joe Biden mentioned the 10-year-old girl during a White House speech, in which he slammed the Supreme Court’s “extreme decision overturning Roe”:

Does anyone believe that it’s the highest majority view that that should not be able to be dealt with, or in any other state in the nation? A 10-year-old girl should be forced to give birth to a rapist’s child? I can tell you what: I don’t. I can’t think of anything as much more extreme.

In an article titled “A one-source story about a 10-year-old and an abortion goes viral,” The Washington Post’s Glenn Kessler expressed skepticism about Bernard’s account and the work product of the Star.

The editorial board of The Wall Street Journal also published a piece titled: “An Abortion Story Too Good to Confirm.”

Ohio Attorney General Dave Yost (R) quickly did a round of combative media interviews, including appearances on FOX News, in order to suggest that Bernard’s story appeared, from his perspective, to be falling apart.

“Every day that goes by, the more likely that this is a fabrication,” the Ohio AG told the USA TODAY Network Ohio. “Shame on the Indianapolis paper that ran this thing on a single source who has an obvious axe to grind.”

Days later, Fuentes was arrested on initial rape charges after a confession, according to the police. He is believed to have a relationship, of some sort, with the 10-year-old girl’s family.

Yost subsequently backtracked — implicitly admitting the story had been true all along — in a statement saying his “heart aches for the pain suffered by this young child” and thanking law enforcement for “securing a confession and getting a rapist off the street.”

With the core allegations buttressed by the police reports and the criminal prosecutions of Fuentes, criticism turned toward Bernard herself and elsewhere.

Indiana Attorney General Todd Rokita (R), in his own FOX News appearance, suggested Bernard hadn’t properly reported the abortion to the authorities. Journalists quickly obtained proof that Bernard’s paperwork was completely and properly in order, and her employer backed her up; Bernard is now signaling her intent to sue Rokita for defamation.

A judge in Franklin County has set Fuentes’ bond at $2 million. He is currently slated to appear in court on Monday, July 25, 2022.

Though previously represented by a public defender at his initial arraignment, the defendant does not currently have an attorney of record, a criminal case detail obtained by Law&Crime says.

The indictment can be read in full below: