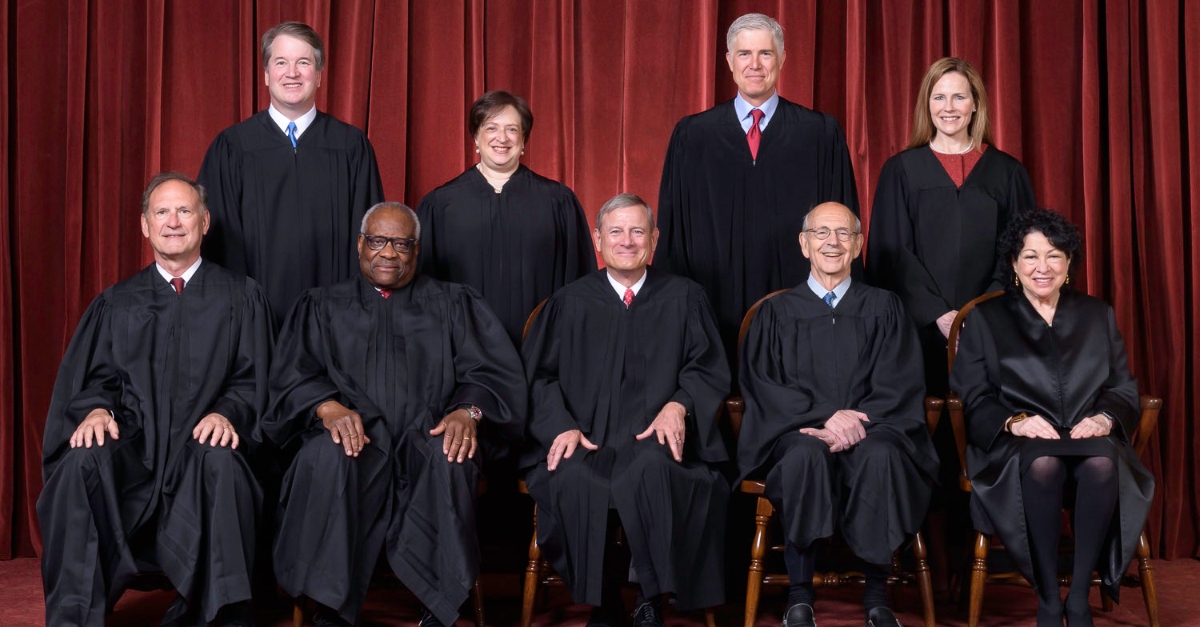 Marking the end of nearly half a century of the U.S. constitutional right to abortion access, the Supreme Court overturned Roe v. Wade on Friday, June 24. The decision has been long-anticipated since Politico received and published a leaked draft of the ruling, sparking nationwide protests and an investigation searching for the leaker.

“The Constitution does not confer a right to abortion; Roe and Casey are overruled; and the authority to regulate abortion is returned to the people and their elected representatives,” the court held.

That case concerned a challenge to Mississippi’s attempt to ban most abortions after 15 weeks of pregnancy, but it ultimately turned into a referendum on longstanding Supreme Court precedents on abortion access.

Despite national outcry and pressure over the decision, the final opinion resembled the leaked draft published more than a month ago. Justice Samuel Alito’s pugnacious majority ruling ran roughshod over two Supreme Court precedents — Roe and Casey —which he and the rest of the majority deemed “egregiously wrong” from the start.

“They knew that ‘the legitimacy of the Court [is] earned over time,'” the dissent states. “They also would have recognized that it can be destroyed much more quickly. They worked hard to avert that outcome in Casey.”

By departing from this tradition, they wrote that the majority “betrays its guiding principles.”

“With sorrow—for this Court, but more, for the many millions of American women who have today lost a fundamental constitutional protection—we dissent,” the dissent concludes.

The final ruling also ended the mystery of how Chief Justice John Roberts would vote: concurring in the judgment. He said he would have declined to wade into the fates of Roe and Casey.

“I would decide the question we granted review to answer—whether the previously recognized abortion right bars all abortion restrictions prior to viability, such that a ban on abortions after fifteen weeks of pregnancy is necessarily unlawful,” Roberts wrote in his concurrence. “The answer to that question is no, and there is no need to go further to decide this case.”

Both the decision and the manner in which it initially came to light have been described as an “earthquake.”

The immediate impact of the ruling is to allow states to decide whether to restrict or ban abortion.

According to one estimate, more than half of U.S. states are likely to ban abortion in the wake of the opinion, and 12 of those have laws in place set to do so already, just waiting for the publication of the ruling to trigger them.

Dozens of local prosecutors across the country, however, vowed to disregard any laws that would criminalize abortion.

Miriam Krinsky, a former federal prosecutor and the executive director of the non-profit group Fair and Just Prosecution, has been organizing district attorneys and attorneys general for such an outcome.

In a previous interview with Law&Crime, Krinsky described these elected prosecutors as the “last line of defense.”

“Today’s Supreme Court decision is a jarring betrayal of generations of Americans who have come of age with the right to make decisions about their own bodies,” Krinsky said in a statement. “By cruelly and callously stripping away a 50-year-old fundamental right, a majority of the Court has undermined the legitimacy of the criminal legal system and trust in the rule of law.”

Her group has now enlisted 83 elected prosecutors who have refused to prosecute abortion.

The conservative majority insisted that its holding won’t reverberate to the rights to contraception and same-sex marriage, but the dissenters argued that nobody should take stock in those assurances.

“The right Roe and Casey recognized does not stand alone,” the dissent states. “To the contrary, the Court has linked it for decades to other settled freedoms involving bodily integrity, familial relationships, and procreation. Most obviously, the right to terminate a pregnancy arose straight out of the right to purchase and use contraception.”

The dissent tore through the disclaimer in the majority holding: “The Court emphasizes that this decision concerns the constitutional right to abortion and no other right. Nothing in this opinion should be understood to cast doubt on precedents that do not concern abortion.”

However, the dissent asks “how could that be?”

“The lone rationale for what the majority does today is that the right to elect an abortion is not ‘deeply rooted in history’: Not until Roe, the majority argues, did people think abortion fell within the Constitution’s guarantee of liberty,” the dissent notes. “The same could be said, though, of most of the rights the majority claims it is not tampering with. The majority could write just as long an opinion showing, for example, that until the mid-20th century, ‘there was no support in American law for a constitutional right to obtain [contraceptives].'”

For the dissent, the other conservative justices’ insistence that no other rights previously established by the Supreme Court are on the chopping block shows that “one of two things must be true.”

“Either the majority does not really believe in its own reasoning,” the dissent states. “Or if it does, all rights that have no history stretching back to the mid-19th century are insecure. Either the mass of the majority’s opinion is hypocrisy, or additional constitutional rights are under threat. It is one or the other.”

(Photo by Fred Schilling, Collection of the Supreme Court of the United States)