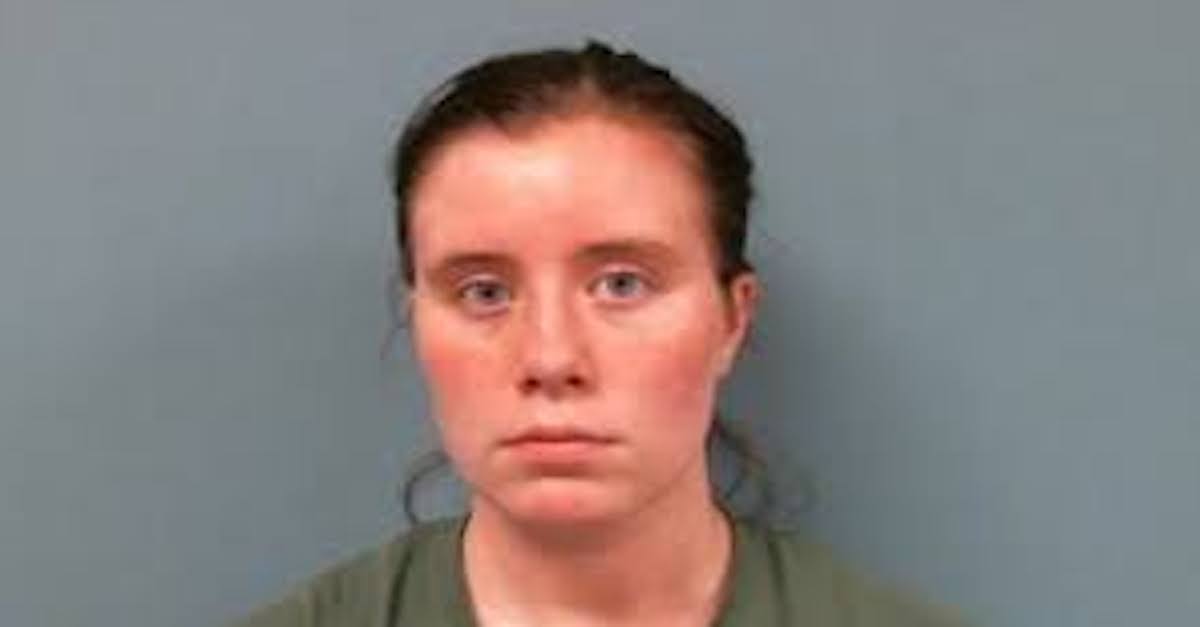 A judge in Georgia on Friday sentenced a woman to spend more than two decades behind bars after the woman admitted she was behind the 2019 murder of her newborn daughter. Caroline Riley Propes was sentenced to 23 years in prison for killing Eliza Jane Warner by placing the infant—only days old at the time—in a travel cooler which she zipped shut and abandoned by the side of the road, Atlanta NBC affiliate WXIA-TV reported. The ultimate sentence also includes seven years of probation following the defendant’s release from prison.

Propes on Wednesday pleaded guilty to one count each of second-degree murder and second-degree child cruelty after her defense team reached a deal with prosecutors resulting in multiple charges being dismissed.

The child’s remains were initially discovered Jan. 6, 2019 on the side of Boy Scout Road in Troup County by a man who called 911 and told the dispatcher he nearly had a heart attack.

“So I was at the club. So I seen what was in this book bag—and it’s a baby in here, man,” the caller said.

“A baby?” the dispatcher responds.

The cooler which contained the dead infant was designed to look like a watermelon.

Witnesses told investigators that the cooler had been sitting by the roadside for approximately a week. An autopsy was conducted on the child’s remains, and it was determined that the little girl died of asphyxiation.

Following the grisly discovery, it took more than 14 months of investigation before detectives with the Troup County Sheriff’s Office were able to make an arrest.

Per a previous report from WXIA, investigators sent a sample of the child’s DNA to DNA Solutions, a private lab in Oklahoma City that specializes in human genetic testing, for forensic analysis. Those results were then passed along to Innovative Forensic DNA, a Virginia-based lab that was tasked with performing “investigative genetic genealogy research,” which concluded that a then-17-year-old Propes was the mother of the deceased child.

“She panicked and put the baby in the cooler, to bring it down there in hopes that somebody would see the cooler, stop, pick it up, and take it home with them,” Sheriff James Woodruff told The LeGrange Daily News.

The sheriff reportedly said that Propes used the cooler to keep the baby warm but did not realize that it was air-tight when zipped shut, which resulted in the infant suffocating to death.

“It was too late when someone found it,” Woodruff said.

Investigators reportedly determined that the Propes gave birth to the child on Dec. 28, 2019. Woodruff said she was living with her parents at the time but managed to have the baby in secret. He said she abandoned it in the cooler shortly after giving birth.

Georgia, like all other states, has a safe haven law.  Such laws, sometimes called “Baby Moses” laws, allow mothers to leave unwanted infants in safe locations without triggering criminal prosecutions.  In Georgia, the law is technically called the “Safe Place for Newborns Act of 2002,” though it has since been expanded and amended since that year.

“It is the express purpose and intent of the General Assembly in enacting this chapter to prevent injuries to and deaths of newborn children that are caused by a mother who abandons the newborn,” the law reads.

It continues by explaining where mothers can leave infants and further says that mothers are not required to leave their identities when so doing:

A mother shall not be prosecuted for violating Code Section 16-5-70, 16-12-1, or 19-10-1 because of the act of leaving her newborn child in the physical custody of an employee, agent, or member of the staff of a medical facility, fire station, or police station who is on duty, whether there in a paid or volunteer position, provided that the newborn child is no more than 30 days old and the mother shows proof of her identity, if willing, to the person with whom the newborn is left and provides her name and address, if willing.

The precise rules and parameters of the similar laws vary by state to state.