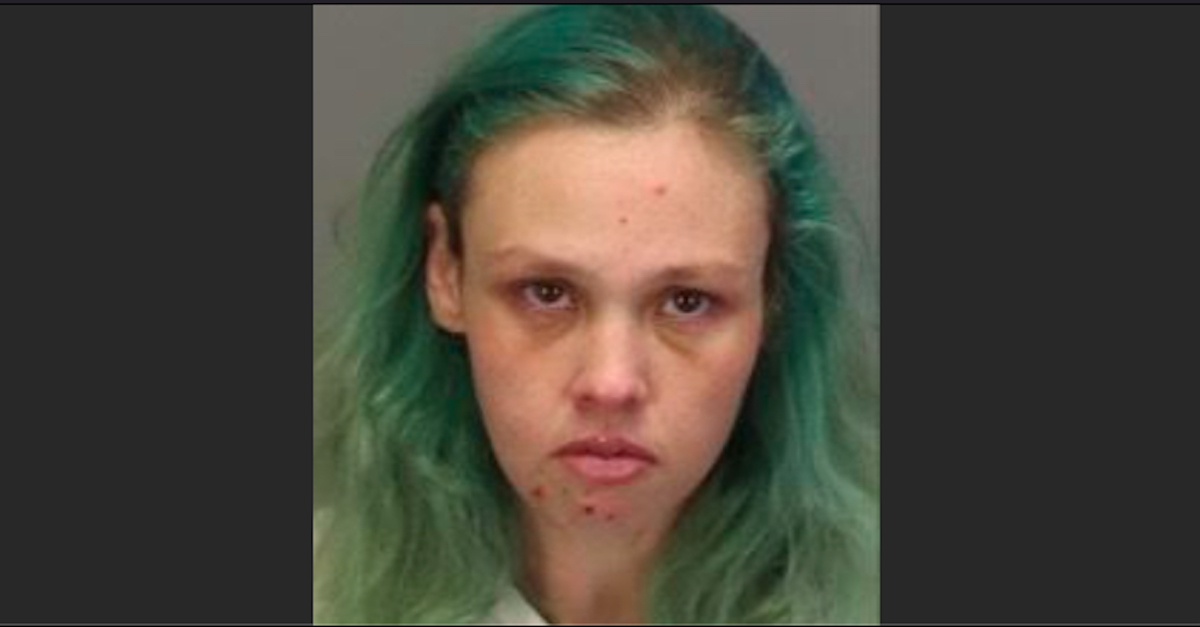 A southern California mother was arrested on suspicion of murder after authorities say that she left her newborn baby in the trash to die. Brittany S. Peevyhouse, 31, was taken into custody at approximately 6:45 p.m. on Monday following a multi-month investigation into the child’s death and charged with one count of murder with malice aforethought.

According to a press release from the Riverside County Sheriff’s Department, deputies with the Perris Station Investigations Bureau initially responded to a 911 call about a possible dead body in the 1700 block of Goetz Road on Friday, Jan. 22 at approximately 1 p.m. Upon arriving at the scene, first-responders discovered a deceased infant who was “discarded in the trash and found at the location.”

Investigators sought the public’s help in finding leads that could identify the baby’s mother, asking, “If you know someone who was due to give birth, is no longer pregnant, and you believe there is cause for concern” to contact the sheriff’s office.

The sheriff’s department did not reveal how they were ultimately able to identify Peevyhouse as the child’s mother, nor did they provide any information about the baby’s gender or age.

“Evidence obtained through this investigation identified the parents of the infant. The investigation is ongoing, and the specifics of the case cannot be released at this time. The mother, however, 31-year-old Brittany Peevyhouse, was arrested and charged with murder for the death of the infant,” the department said in a press release.

“As stated, the investigation is ongoing, and anyone with information is asked to contact Central Homicide Investigator Magana at (951) 955-2777.”

Information on the child’s father was not released.

Peevyhouse is currently being held in the Robert Presley Detention Centre in Riverside County without bond, online records show. She is scheduled to appear before a judge at the Riverside Hall of Justice on Wednesday.

The sheriff’s department also noted that California has a Safe Haven law to prevent situations like this from occurring. The Safely Surrendered Baby Law, which was first enacted in 2001, allows a parent to “safely surrender” a newborn to an employee at any hospital emergency department, most fire stations or other designated “safe havens” in the state within three days of the child’s birth, provided the baby has not been abused or neglected.

According to the California Department of Social Services, between Jan. 1, 2001 and Dec. 31, 2017, 931 newborn children were safely surrendered compared to 175 newborns who were unlawfully abandoned.

Improvements in DNA technology have helped authorities make great strides in solving cases concerning abandoned newborns. Last month, a married couple in North Carolina was arrested and charged 30 years after they allegedly abandoned their newborn baby in a trash can rack. As previously reported by Law&Crime, DNA evidence recovered from a bone in the baby led to the arrests of Scott Gordon Poole, 54, and his wife Robin Lynn Byrum, 51. They were charged with one count each of concealing the birth of a child, a Class I felony, but additional charges are expected pending further investigation, police said.