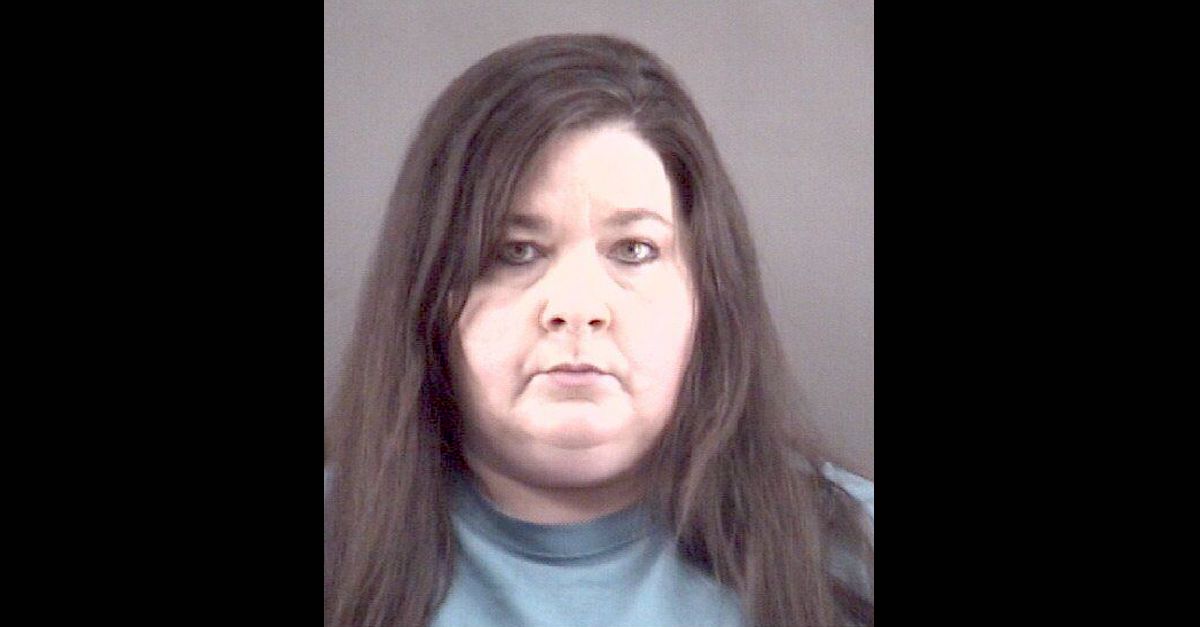 A North Carolina woman on Friday pleaded guilty to involuntary manslaughter in the death of her own newborn baby girl more than a decade ago.  That’s according to reports in the Winston-Salem Journal, the Associated Press, and local NBC affiliate WXII-TV

Jennifer McMillan Crow prematurely gave birth in a bathtub, went to the store, dressed her hours-old baby in a pink onesie, wrapped the infant in blankets, and left the helpless newborn outside a Planned Parenthood clinic in Winston-Salem, N.C., the Journal reported, citing prosecutors’ statements during court proceedings and various official documents, including an autopsy report.

When staff members arrived to open the clinic at 6:30 a.m. in September 2010, they found the girl in a plastic storage container and assumed she was a doll.  The staff left the baby outside covered in a “scrub jacket” and with a sign which read “DO NOT TOUCH” until an email about the unrelated arrest of an anti-abortion activist suggested a second look at the item.  The a bomb squad was summoned; the police realized after 9:10 a.m. that the “doll” was actually a human.

The baby died as a result of being prematurely born and environmental exposure, including hypothermia and pneumonia, an autopsy found.

No one claimed the girl’s body.  She was nicknamed “Therese, the Little Flower,” and given a burial by the nearby Lewisville United Methodist Church, the Charlotte Observer reported.

Authorities came to suspect Crow after detectives ran fingerprints lifted from a baby bottle through a “new data system,” the various news reports explained.  When approached by the police, Crow immediately admitted to giving birth to the child, prosecutors said, and to leaving the child at the same Planned Parenthood location where she previously had obtained birth control.

Online jail records from the Winston-Salem Police Department indicate that Crow was booked into custody on March 9, 2021.

State law at the time allowed individuals to leave infants “less than 7 days old with a responsible adult at designated safe havens such as hospitals, fire stations or nonprofit community health centers without penalty,” the Journal pointed out.  But Crow never left the baby with a person.

Despite widespread media coverage in 2010, Crow claimed when sought out by the police a decade later that she didn’t know the child had died.

Her attorney said she had “no malicious intent,” the Journal reported while summarizing the proceedings, “and acted out of desperation because she knew she could not take care of this chid.”

Forsyth Superior Court Judge David Hall said Crow was criminally liable because she “didn’t seek prenatal care and she didn’t call 911, which she could have done anonymously.”

“It’s abundantly obvious that this is a tragedy from beginning to end,” he added.

Under North Carolina law, involuntary manslaughter is a Class F felony.  According to the state’s pattern jury instructions, it is “the unintentional killing of a human being by an unlawful act that is not a felony, or by an act done in a criminally negligent way.”

The judge sentenced Crow to serve 60 days in jail starting in July 2022 and a suspended sentence of between one and two years.  On top of that, a term of supervised probation will last five years.  Crow had no criminal record, the Journal reported.