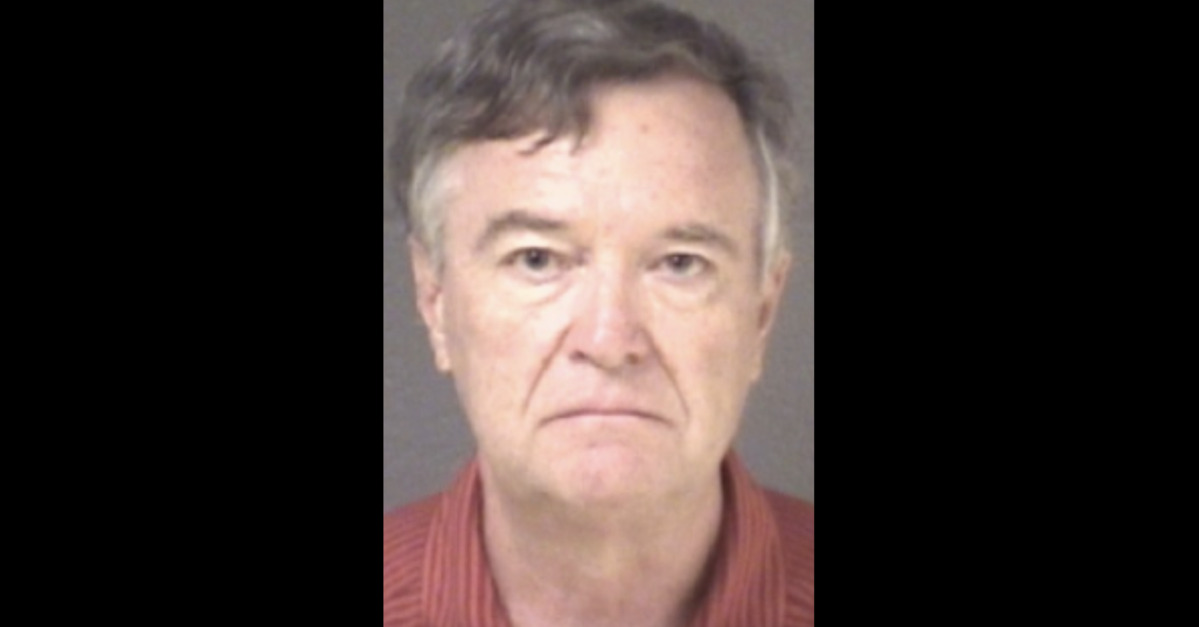 Warning: this story contains some graphic details of sexual abuse.

A former North Carolina judge has pleaded guilty to numerous sex crimes involving children, according to prosecutors and court records.

Onetime Catawba County Superior Court judge Daniel Ray Green, 67, pleaded guilty to indecent liberties with a minor and other related crimes last week. According to the Buncombe County District Attorney’s Office, the charges “stemmed from a sexual assault committed against a 14-year-old male on March 30, 2018 at the Baymont Inn on Hendersonville Road in Asheville,” N.C.

The child involved was “known to the suspect prior to the incident,” according to the Asheville Police Department.

The Asheville Citizen Times reports that Green was a “prominent” lawyer in Catawba County who was feted by the North Carolina Bar Association and given their Citizen Lawyer of the Year Award in 2018 which cited his “devotion to his community,” as well as his religious work and efforts to host “foreign exchange students since 1991.”

Green was also described as “an active member of the community” and he previously served as the chair of the Catawba County Democratic Party and on the board of the Western Piedmont Symphony, according to the Hickory Daily Record.

Green additionally pleaded guilty to one count each of: (1) contributing to the delinquency of a minor; (2) providing wine, liquor or a malt beverage to a minor; and (3) disseminating obscene material to a minor. The indecent liberties conviction makes up the majority of the almost two-year sentence he was ordered to serve by Superior Court Judge Jacqueline Grant on Aug. 12. The obscene material conviction stood to extend Green’s prison sentence significantly but was suspended by the court as part of the plea deal. The other two charges carry consecutive 45-day sentences apiece.

Originally charged as a statutory sex offense with a person under the age of 15, the prosecutor settled on lesser charges after the investigation concluded that acts of penetration by the defendant against the victim–required by state statute–did not occur.

“The outcome of this case demonstrates that Judge Daniel Ray Green was not protected by his privilege,” DA Todd Williams said in a press release. “He is being held accountable for his acts thanks foremost to the courage of the survivor in disclosing these traumatic crimes. I wish the young survivor peace and healing. Further, I commend the survivor’s family for supporting him throughout the prosecution.”

According to investigators, Green supplied the boy with alcohol and showed him pornography inside the hotel room.

“Green then demanded that the victim perform oral sex on him but the victim did not,” the DA’s press release noted. “Green then positioned the victim on the bed and rubbed his penis on the body of the victim before he ejaculated on him. DNA recovered from the crime scene was tested and confirmed the presence of Green’s DNA.”

The victim subsequently escaped by pretending to go out for ice from the hotel’s ice machine. After leaving the room, the boy texted a friend and called his mother, who then called the police.

As part of his sentence, Green must register as a sex offender for the next 30 years and seek “recommended treatment.” He also has to pay $3,715 in restitution for the boy’s medical expenses and must observe a lifetime no-contact order barring any and all contact.

In light of his Thursday guilty plea, Green was disbarred by the North Carolina State Bar and voluntarily relinquished his law license that same day. He had been a practicing attorney since 1979.