Florida Woman Who ‘Shouldn’t Be Allowed to Care for a Pet Rock’ Arrested on Child Neglect, Animal Abuse Charges After Feces Found in Hotel Room: Sheriff 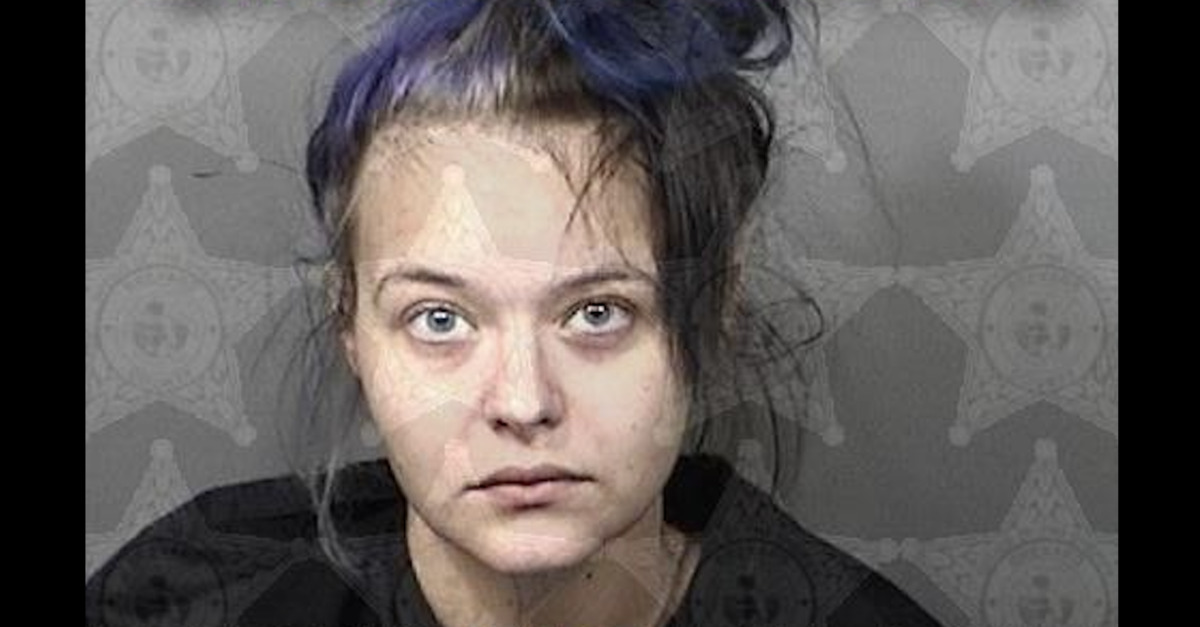 A Florida woman was arrested late last week over allegedly squalid living conditions that authorities claim had a direct impact on her ability to care for her son and their domesticated animals.

“This woman shouldn’t be allowed to care for a pet rock, much less a 6 year old child, 4 dogs, and 5 cats,” Brevard County Sheriff Wayne Ivey said in a particularly pointed Facebook post.

According to an arrest affidavit obtained by Orlando-based CBS affiliate WKMG, sheriff’s deputies were called to a hotel room in Satellite Beach, Fla. on Nov. 23 after they received a tip about animals living in somewhat less-than-favorable conditions in the room.

At least three of those animals were allegedly found to be malnourished and emaciated by the time law enforcement arrived.

“Thanks to a concerned citizen and a quick response by our Animal Enforcement Officers, the child and pets are all now safe from harm and recovering from the abuse,” Ivey said in the social media post.

According to investigators, the smell of ammonia was so powerful that it was wafting past the closed confines of the room in question before police even opened the door. When the door was finally opened, law enforcement allegedly found an altogether disturbing and deplorable state of mess, filth and disarray.

That ammonia smell was produced, Ivey said in a video, by “all the feces and urine that had been put in there.”

The affidavit claims the room was covered in garbage and feces. And, deputies noted the presence of four dogs and five cats in the room.

Three of the dogs, allegedly, had it the worst.

Those three dogs were allegedly confined to a small cage which was lacking food or water. The animal pen did, however, contain a cake-like layer of urine and feces which investigators described as “almost paste-like,” according to the affidavit.

Ivey added that the dogs were “undernourished” and in “a complete, disgusting environment.”

The condition of the cats was not noted.

The defendant was allegedly questioned about the condition that she, her son and their pets was living in.

“Well, I haven’t had time to clean up,” she allegedly said, according to Ivey.

Law&Crime reached out to the Brevard County Sheriff’s Office for additional details on this case but a responsive answer to our records request was not immediately forthcoming at the time of publication.

The sheriff sharply criticized the Florida Department of Children and Families in the video accompanying the blustery Facebook post.

“DCF was called to the scene and what a useless group that was,” Ivey said. “Zero they did on this case. They didn’t even try to take the child from the mom and put it in the hands of the grandparents who were desperately trying to save the child’s live.”

At the end of the video, the sheriff walked Willoughby right into jail.

IN BREVARD COUNTY CHILD AND ANIMAL ABUSERS GET WALKED INTO THE JAIL BY THE SHERIFF HIMSELF!!

This woman shouldn’t be allowed to care for a pet rock, much less a 6 year old child, 4 dogs, and 5 cats!!

Thanks to a concerned citizen and a quick response by our Animal Enforcement Officers, the child and pets are all now safe from harm and recovering from the abuse!!

And also, thanks to some great investigative work by Agent Jennifer Straight and Circuit Judge David Koenig who recognized the impact of this case, Kristin Willoughby is now right where she belongs…sitting in a jail cell at the Brevard County Jail on a $60,000.00 Bond!!

Law&Crime reached out to the DCF for comment on this story but no response was immediately forthcoming at the time of publication.

Willoughboy is currently being detained in the Brevard County Jail on $60,000 bond.