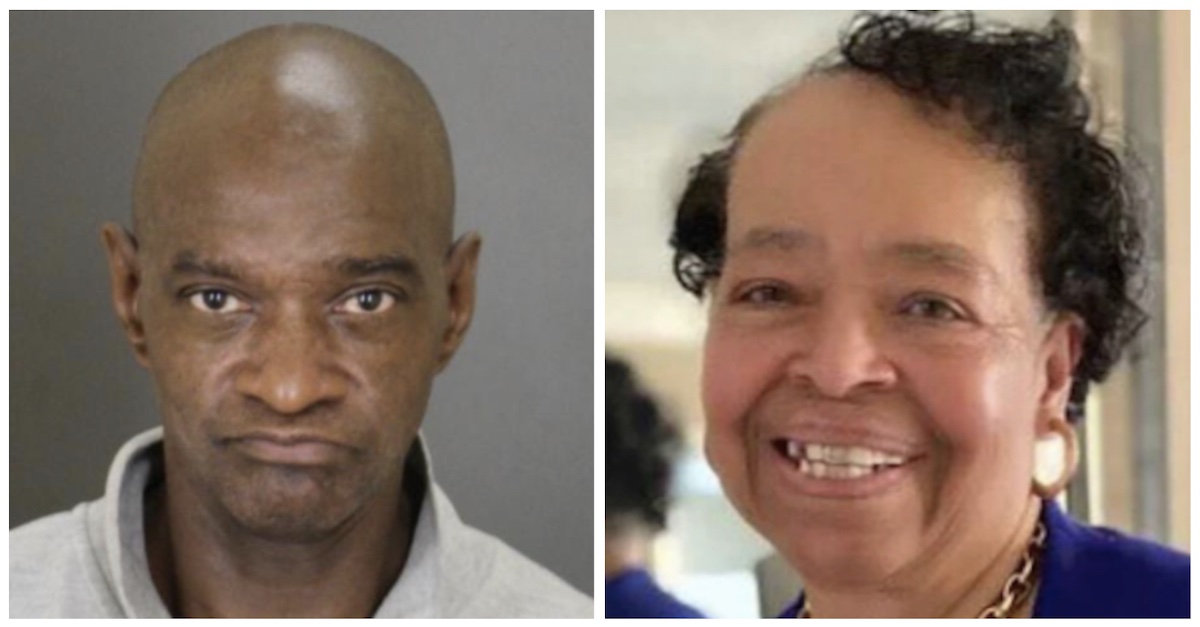 Authorities in Maryland have arrested a 62-year-old man and charged him with killing 69-year-old Evelyn Player inside the bathroom of the prominent Southern Baptist Church where she volunteered last month. Baltimore Police Commissioner Michael Harrison on Thursday announced that Manzie Smith Jr., of Baltimore, was taken into custody and charged with several crimes, including first-degree murder.

“I am grateful for the exhaustive investigative work of the members of the Police Department in collaboration with the State’s Attorney’s Office in identifying the perpetrator of this crime. They have been working around the clock to solve this murder,” Harrison said in a statement. “Hopefully, justice can be served and we bring closure to the family.”

Harrison said investigators were able to identify Smith and link him to Player’s brutal murder through forensic evidence, though few other details about the investigation were provided. Harrison said that investigators do not believe that Player and Smith knew each other. He also said there was no evidence that the victim was sexually assaulted.

“It was only through partnership and collaboration with the Baltimore Police Department, with the mayor, that we were able to identify and ultimately arrest a person we suspect committed this heinous offense,” Marilyn J. Mosby, the State’s Attorney for the City of Baltimore said during the Thursday press conference. “What we know in a city with over 300 homicides a year, is that every life lost to violence is an unspeakable tragedy, but the tragic killing of a senior in a church quite candidly shocked the conscious of our community. Which is why we’re here today. Our seniors and our babies should be off limits.”

According to a report from The Baltimore Sun, Smith in 1992 was sentenced to 30 years in prison after being convicted of rape. He was found incompetent to stand trial in 2012 for robbing an elderly woman after he was reportedly being diagnosed with Schizoaffective Disorder, Bipolar Type, and other conditions, the Baltimore Sun reported. He then became a patient at Spring Grove Hospital Center where he received treatment. After his release, Smith reportedly pleaded guilty to the robbery and in 2014 was sentenced to eight years in prison. Smith was still on probation for the robbery conviction at the time of Player’s murder.

Doni B. Taylor, a senior pastor at the Church of Jesus the Christ in Cherry Hill, told the Sun that Smith worked in the maintenance ministry of the church and said Smith also worked for a contracting company.

As previously reported by Law&Crime, Player was at the Southern Baptist Church early to open the doors for contractors, though it is unclear if Smith was one of the contractors working on the church.

Officers with the Baltimore Police Department responded to a call at approximately 7:21 a.m. on Nov. 16 about an unresponsive female at the church located on North Chester Street. Upon arriving at the scene, first responders found Player in a bathroom “suffering from trauma to the body” after having been stabbed multiple times. She was pronounced dead on the scene.

The brutal nature of the murder left the community shaken, and authorities pleaded for anyone in the community with information on the case to come forward.

“Who would want to hurt my mother? How could someone hurt someone in such a sacred place?” Player’s daughter Alethea Finch asked, according to The Sun. “My heart’s broken into a million pieces. I don’t understand why this happened.”

Player was reportedly laid to rest to rest days ago.