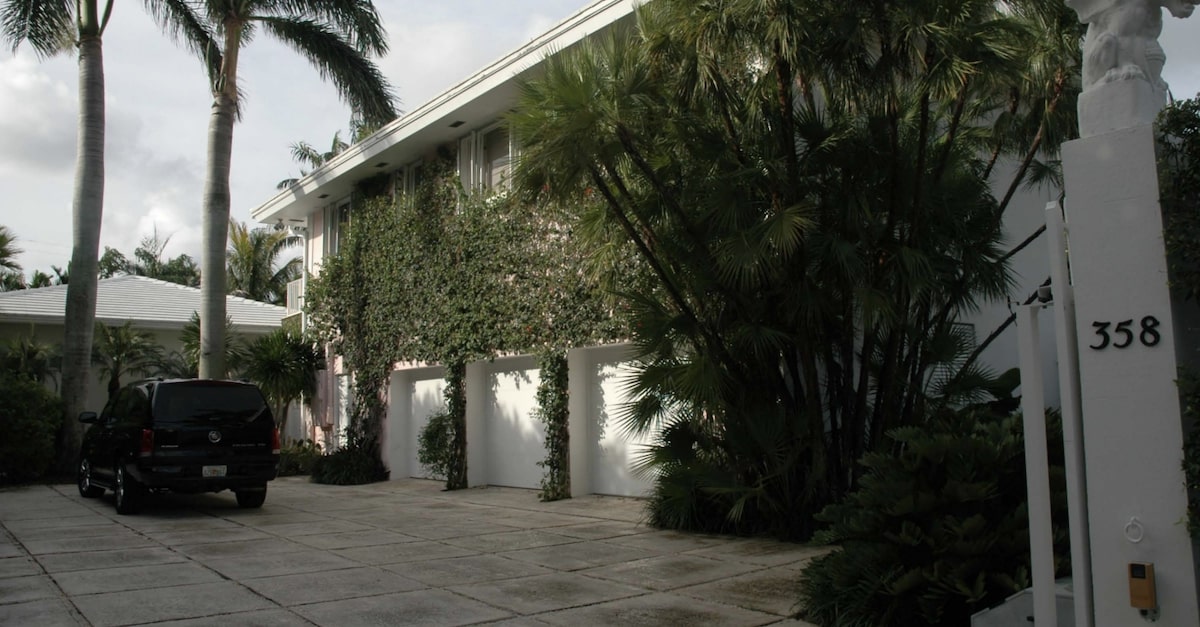 During blockbuster testimony on Thursday, the man who ran the late Jeffrey Epstein’s Palm Beach home corroborated important aspects of stories told by Ghislaine Maxwell’s accusers, saying that he twice saw the duo with girls who appeared to be “underage.”

One of those accusers, “Jane,” delivered harrowing testimony under a pseudonym for two days earlier this week. The other, Virginia Giuffre, filed a since-settled civil lawsuit against Maxwell years ago that helped spark the accused sex trafficker’s criminal prosecution.

“Jane,” answered Juan Alessi, a 71-year-old former house manager for Epstein between 1990 and 2002. News organizations are not printing her name to protect her privacy, as she says she does not consent to being identified as someone who survived childhood sexual abuse.

Observing her name privately from the witness stand, Alessi said he saw “Jane’s” real name in one of Epstein’s directories. Alessi also testified that he saw Jane alone with Epstein and Maxwell, whom he described as the “lady of the house.”

“She looked young. She had blonde hair, and she had a long white uniform, like a nurse’s uniform,” the witness said of Giuffre.

Born Virginia Roberts, Giuffre is not believed to be one of the “minor victims” listed in Maxwell’s indictment, but she sat for civil depositions against her.

“Up to Three Massage Per Day”

As for “Jane,” Alessi had a similar reaction to her as expressed earlier in the trial by Epstein’s pilot Lawrence Visoski, who recalled her as the girl with the “piercing powder-blue eyes.”

During her two-day stint on the witness stand, “Jane” told jurors that Maxwell and Epstein both sexually abused her when she was 14 years old. Maxwell touched her breast, and Epstein subjected her to “painful” abuse with a back massager being used as a sex toy, she charged.

“It looked like a huge man’s penis, with two heads,” Alessi said, also saying that he found “back massagers.”

He testified: ” That’s the place what I was told—it was kept all the time.”

Maxwell’s defense attorney Laura Menninger tried to pick apart “Jane’s” account by contrasting her testimony with notes from her early interview with prosecutors. Alessi did not claim to witness the sexual abuse directly, but he backed up important details of her testimony—up to “Jane’s” account of her first meeting with Maxwell.

“Jane” said that she was a 14-year-old student at Michigan’s prestigious Interlochen arts camp when Maxwell walking by with a “cute little Yorkie.”

Through Alessi’s testimony, the jury learned the Yorkie’s name: Max.

That’s the name of the pooch that appeared on what Alessi described as a “checklist” of his daily tasks: “Check fence for holes where Max can get out.”

Alessi recalled what he described the dog’s terrified reaction when driving him to one of Epstein’s planes.

“Every time it was wheels up, the poor dog shaked like crazy,” he testified.

“Jane” testified that she saw Maxwell and others topless or naked by the pool. Alessi said he saw “females” by the pool “hundreds of times.” He added that they were topless between 75 to 80 percent of the time, but he testified that the “females” he saw there were not completely naked or “underage.” 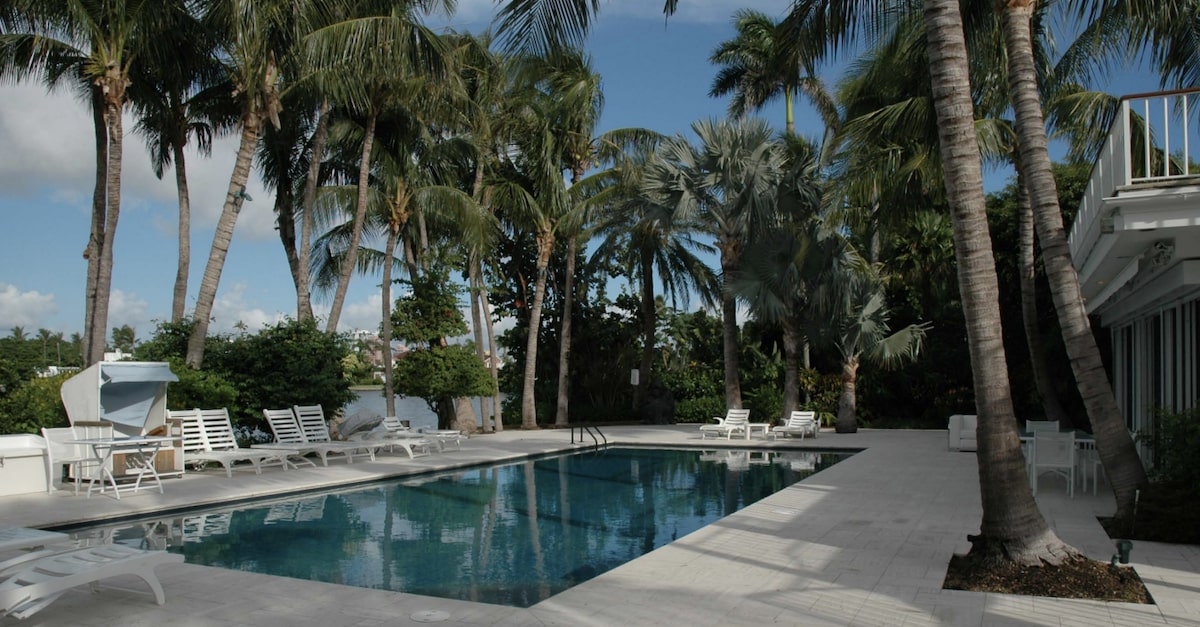 “See Nothing, Hear Nothing, Say Nothing”

On Wednesday, “Jane” agreed when asked if she remembered a “sweet Latin American man” working for Epstein and driving her. Alessi, who said he is on the cusp of his 72nd birthday, is from Quito, Ecuador. Alessi recalled driving “Jane” around, too, and he said that he saw her together with Epstein and Maxwell, when her mother was not present.

Asked by the prosecutor if he ever remembers Maxwell, Epstein and Jane going to the movies, Alessi replied: “Yes, they went to the movies.”

Alessi added that Epstein often liked to receive his massages “after the movies.”

Alessi described Epstein and Maxwell as exacting and even “degrading” taskmasters, making him work between 5 a.m. to as late at 10 p.m. He rattled off a long “checklist” of obligations that they allegedly had him perform and told a jury that they did not call him by his name.

When Alessi first identified Maxwell this morning, he appeared to struggle for a moment. Maxwell’s face was obscured by a face mask, but she nodded at him in the courtroom as their eyes met.

“I think she is with the black sweater,” he said, correctly.

Though her face was obscured by a face mask in accordance with COVID-19 protocols, Maxwell appeared to project warmth toward the witness during that identification. It was not reciprocated. Alessi offered only a few flattering words for Maxwell.

“She was a pretty girl,” Alessi said. “Tall. Brunette.”

After that, Alessi complained about what he described as the “degrading” list of tasks Maxwell and Epstein made him do, better fit for 10 men than the “one-and-a-half” staff he had. They also enforced a long list of rules.

This is a passage from Jeffrey Epstein’s “Household Manual” entered into evidence during testimony by his ex-house manager Juan Alessi against “lady of the house” Ghislaine Maxwell.

“Remember that you see nothing, hear nothing, say nothing, except to answer a question directed at you,” one of the bullet points of the 58-page “Household Manuel” submitted into evidence stated. “Respect their privacy.”

Alessi recalled Maxwell being with Epstein “95%” of the time, testimony undercutting the defendant’s attempts to distance himself from the deceased sex offender, who was convicted of soliciting a minor for prostitution in 2008.

If convicted on six charges ranging from sex trafficking to violations of the Mann Act, Maxwell can face up to 70 years in prison, effectively a life sentence for the 59-year-old. Her trial is expected to last roughly six weeks.

Alessi’s testimony adjourned on Thursday with the end of the prosecution’s direct examination, where the witness admitted to having stolen $6,300 from Epstein after leaving the job. Epstein did not press charges. Maxwell’s attorneys will question him for cross-examination on Friday.