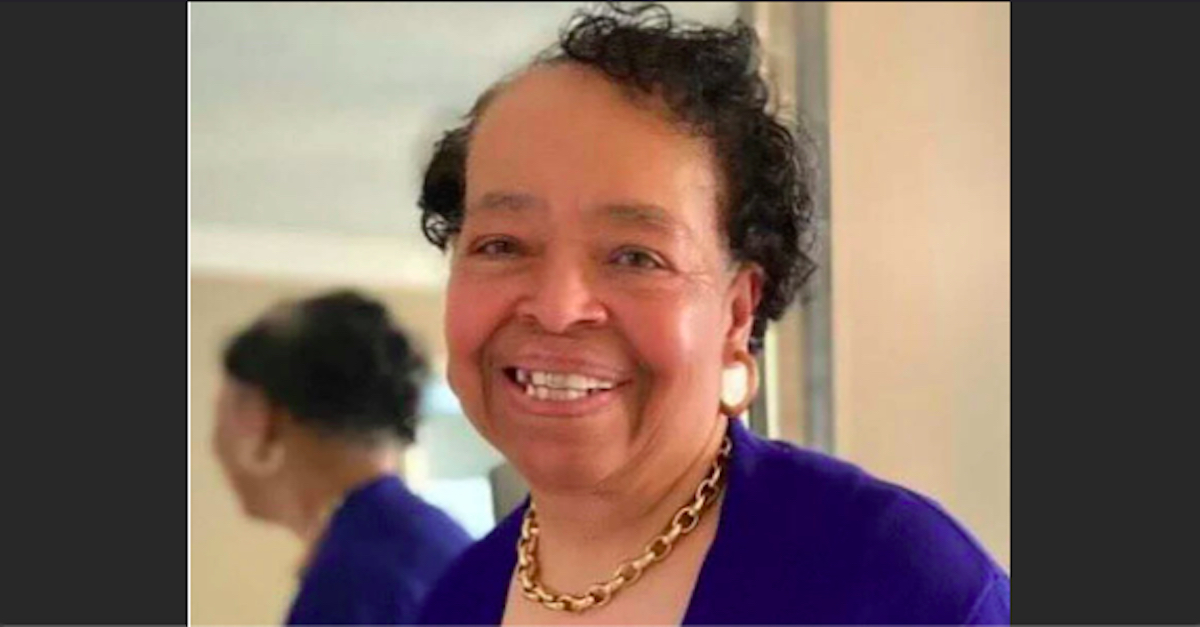 A 69-year-old Baltimore woman was found fatally stabbed on Tuesday in the bathroom of the prominent Southern Baptist Church where she volunteered, leaving the community horrified and outraged.

Officers with the Baltimore Police Department responded at approximately 7:21 a.m. to a call about an unresponsive female at the church located in the 1700 block of North Chester Street. Upon arriving at the scene, first-responders found an adult female “suffering from trauma to the body,” the department said in a press release. The victim appeared to have been stabbed multiple times. She was pronounced dead on the scene.

Bishop Dante Hickman later confirmed that the stabbing victim was Evelyn Player, The Associated Press reported. Player sang in the choir and was a sexton at the church where she had reportedly been a member for more than 50 years.

According to Baltimore Police Commissioner Michael Harris, Player went to the church at approximately 6 a.m. on Tuesday morning to unlock the door for the contractors working on the building, which is currently under renovation. She was fatally stabbed shortly thereafter; a maintenance worker reportedly found her lifeless body inside one of the church’s bathrooms. Harris pleaded for members of the public to come forward with any information that may assist investigators in catching the killer.

“We know for a fact people were around. Someone knows, heard, or saw something. We implore you to call us. We beg you to call us right now so we can hold not only this person or persons accountable but we can bring justice and calm and closure to this family,” he said.

Authorities have not disclosed any additional details about the murder, potential suspects, or a possible motive.

The brutal nature of the murder has left the community shaken as police continue their ongoing search for the person responsible.

“Who would want to hurt my mother? How could someone hurt someone in such a sacred place?” Player’s daughter Alethea Finch asked, according to The Baltimore Sun. “My heart’s broken into a million pieces. I don’t understand why this happened.”

Baltimore Mayor Brandon Scott said investigators have made the case their top priority.

“A dedicated member and staff member of Southern Baptist, one of our anchor faith institutions in Baltimore had her life taken in the church by a coward and scum. Her family is four generations strong at Southern, and all of our hearts should be with them,” Scott said, per Baltimore Fox affiliate WBFF. “Solving this unthinkable, unfathomable, cowardly act is now priority number one for the Baltimore Police Department and I have the utmost faith that our great homicide detectives will absolutely close this case.”

Echoing the pleas of Commissioner Harris, Scott urged anyone with any information about the killing to come forward in any way they can.

“We cannot allow folks to murder our seniors and just think that it’s OK to go post on Instagram and say, ‘Well, damn, yo, that’s messed up.’ No. Do something, say something, go talk to somebody. If you know something, say something. If you’re scared to say something to the police, say it to me. I’ll say it,” Scott said. “I don’t care if this person is your son, your husband, your boyfriend, your daughter, your uncle, your aunt – you should turn this person in. Because, if we are OK this someone this cowardly murdering someone that could be your grandmother – that could be someone else’s grandmother – then what are we willing to stand up for.”

.@MayorBMScott called the killing an "unspeakable, cowardly murder of a 69-year-old woman" who was a dedicated member and employee of the church. https://t.co/qVsEyBGNeN pic.twitter.com/Fs4w9pehxD